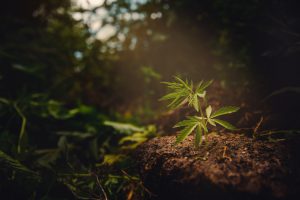 Q: We know you went to a marijuana business conference last week. Has marijuana entered the big business phase yet? Or is there still a bit of a “mom and pop” feel?

We attended the MJBizCon conference in Las Vegas and saw companies of all sorts and sizes. We saw extraction technology, grow tech, distribution, packaging, pest control and much, much more. There was also a good mixture of large established brands and new startups.

The conference reinforced my belief that the cannabis industry is evolving at an extremely rapid pace. But its evolution in Canada is markedly different from its evolution in the United States.

In Canada, where recreational marijuana is legal throughout the country, a handful of multibillion-dollar companies are set to dominate the industry. The Motley Fool recently reported that just four Canadian companies are set to control half the domestic market. All four are publicly traded.

Not included in this analysis is Tilray (Nasdaq: TLRY), a Canadian company focused on the medical cannabis market. Tilray had its initial public offering this summer and sports an impressive $9.7 billion market cap today.

Thousands of smaller businesses have sprouted up in Canada, and many are thriving. But they face stiff competition from these emerging giants.

In the U.S., where cannabis is still illegal at the federal level, there is more of the “mom and pop feel” that you describe.

Most businesses are still restricted to operating in a single state. Those companies that do operate across state lines do so in a very careful way. For one, they can never transfer the cannabis itself between states. That would be a federal crime.

Another major difference is that few U.S. cannabis companies are publicly traded. Once again, that’s because cannabis is still illegal at the federal level.

Unfortunately, this means that most of the investments in American cannabis companies today are done privately. This is a shame, as the vast majority of the investing public risks being left out of this huge domestic growth market.

Don’t get me wrong, there is a lot of money to be made in local U.S. cannabis companies. For investors willing to put in the work, there are excellent deals to be found. But you need to be comfortable operating in the private markets, and most people simply don’t have that comfort level yet.

I hope Congress will give in soon and legalize cannabis. But I’m preparing for a prolonged wait. I’m actively expanding my network of cannabis professionals with the goal of finding some great private investments. And I’m learning a lot about this amazing growth market along the way.

We’ll cover the private side of cannabis investing more going forward, as I believe it will be where most U.S. investors are likely to make money over the coming years.

Q: It’s been a rough year for crypto. I want to believe the markets will rebound. But I’m having a tough time. Any advice?

Times like these are never fun in crypto markets. However, over the long term, I remain confident that bitcoin and other quality tokens will rebound and attain new highs.

Of course, over the short term, these markets are volatile and extremely hard to predict. This is why “hodl” has become such a popular slogan among crypto owners. It takes conscious effort to avoid panic-selling during downturns.

I’ve been in this market since 2013 and am still holding. I continue to believe that crypto is the future of money. I believe we’re still in the very early innings, and the ultimate catalyst for cryptocurrency will be the failure of fiat money systems.

The world is more loaded with debt than ever today, and almost every country follows a similar fiat/debt model. It’s endless borrowing and money printing to pay for things we can’t really afford. It’s the definition of unsustainable.

None of that has changed, so neither has my investment thesis.

I realize these pullbacks can be extremely frustrating. But the wheels of progress and change turn slowly. My advice: hodl. And of course, be sensible with your investments. We recommend no more than 1% to 3% of your overall portfolio be in crypto.

Ray Dalio: “Soundness of Our Finances Is Weak”