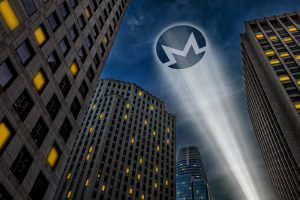 Editor’s Note: Welcome to the Early Investing Mailbag. Each week, we answer questions we think will help you learn about investing in pre-IPO startups and cryptocurrencies. If you have any questions for us, please email us at mailbag@earlyinvesting.com. Just remember, we can only answer your general questions for information and strategy. We can’t offer personal advice.

Q: Adam, what are stablecoins? What are they used for? Why do people create them? And how do the creators make money off of them?

A: Stablecoins are a unique class of cryptocurrency. Most stablecoins today are “pegged” to the U.S. dollar. They trade like cryptocurrencies on exchanges and are used to purchase other coins or simply store value. Active crypto traders love stablecoins because they don’t have to “cash out” into fiat after each trade.

Stablecoins are also popular in countries with high inflation rates. For example, in Venezuela it’s not easy to find U.S. dollars. A crypto investor could easily purchase a stablecoin if they’re looking for a way to protect their savings. With hyperinflation popping up around the world, stablecoins could serve a very important role in the near future.

The most popular stablecoin is tether. Tether’s creators claim that every tether is backed by a dollar held in its bank account. Tether’s price has been quite stable so far, trading very near $1 for the most part.

But there’s a great deal of controversy surrounding the coin. Critics say Tether hasn’t proved it has all the cash to back up all the coins that have been issued (approximately $2.8 billion worth).

Nobody knows how the situation will play out. But, to be honest, I’m not very interested in dollar-backed stablecoins.

For me, the entire point of cryptocurrency is to get away from fiat. So I’m much more interested in stablecoin projects like Basis, which don’t tie the coin to the dollar. I wrote an article about Basis and stablecoins a few months ago, and I think that these types of stable coins have a LOT of potential.

Here’s what I wrote about Basis:

If it can pull it off, it will be behind one of those technologies that could truly change the world: independent, stable, secure and inflation-resistant money. A system like this could immediately be utilized both as a payment platform and a store of value.

I believe it’s extremely possible to do from a technological standpoint. I strongly believe that, using blockchain technology and cryptography, a better, stable currency can be built.

There are a lot of stablecoin projects being launched right now. And Basis, for example, raised an amazing $133 million from top venture capitalists. Clearly the “smart money” sees big potential in fiat competitors.

Q: Andy, I’m not a drug dealer or anything like that. But when it comes to money matters, I like my privacy. I don’t like the government prying into my private affairs. This is the biggest reason I’m interested in bitcoin. (Making money is next on my list.) Anyway, which cryptocurrencies have the most privacy AND a decent shot at turning a profit? Or do I have to choose between privacy and profits?

But privacy is in big demand. You’re not the only one who values your privacy. I believe there are millions of individuals just like you. What’s more, banks and commercial entities need sensitive information regarding their deals to remain completely private.

So if any of these privacy coin projects prove to be as secure and anonymous as they claim – and they’re well-run and can scale – they could be incredibly successful down the road.

But bitcoin is not the best place to start your search.

The better privacy tokens include monero, zcash, dash and bitcoin private. Monero is the biggest privacy coin, with a market cap of about $1.9 billion. Dash’s market capitalization is about $1.6 billion. Both monero and dash are among the 11 largest coins (of all kinds) on the market. This gives you a bit of a running start on your search.

Listen, I’m with you on this. The U.S. government has spent $5.7 million hiring contractors to find the identity of individuals. The biggest spender? The IRS. What a surprise.

I’m not advocating that anybody should cheat on their taxes. But make no mistake: The government doesn’t like crypto transactions being hidden from it. If it’s going to try to track you down, you have every right to take evasive action within the limits of the law. Good luck.

How Startups Can Help Protect Our Elections