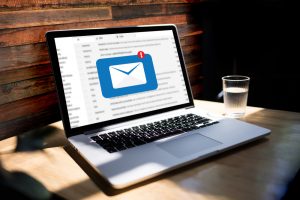 Q: It looks like Lyft, Uber and Pinterest are all going to go public while reporting significant losses in 2018. I don’t get it. Aren’t companies supposed to be profitable before they go public?

A: Believe me, I wish it were that simple. It’s not. For very young startups, the focus is on growth, not profits.

“Grow now and worry about profits later” is a conventional strategy that has netted startups prodigious amounts of venture capital.

But there’s another assumption at play here – that these rapidly growing, money-losing companies will be able to flip the switch when they feel the time is right to make a profit.

But it’s not that easy. What do you do? Charge more? Cut costs? Start accepting paid ads?

And it would be foolish to assume that all the large companies in the current crop of startups planning to IPO can do it.

If Uber can buy or drive away enough of the competition that it can pay its drivers less and charge its passengers more, that’s a path toward profitability. That’s a big ask, though. Uber is now experimenting with other services, like food delivery (Uber Eats), to see if it can push those margins higher than its ride-hailing services.

It could be that Uber and other companies in its cohort will never make profitability a priority. Amazon now makes a nice profit, but it’s not part of Jeff Bezos’ definition of a “dreamy” business. His definition includes four criteria, two of which are growth related: grow to a very large size and grow for decades.

Bezos is brilliant and makes his emphasis on growth work for Amazon. It’s worth noting he has an old-fashioned criterion among the four: strong return on capital, which involves calculating earnings before interest and tax.

Founders have become overly comfortable in focusing just on growth while ignoring profits. When I talk to founders of early-stage companies, I ask, “What is your path to monetization?” For later-stage companies, an equally critical question is, “Have you mapped out a realistic path toward profitability?”

If the answer is vague or unconvincing, I don’t invest.

Q: What is over-the-counter (OTC) trading? Why do companies list there? And is it risky?

Unlike with the New York Stock Exchange (NYSE) and the Nasdaq, there is no centralized party that runs the show. Broker-dealers trade directly with each other and create liquidity when it’s profitable.

For companies, listing on the OTC market is a much simpler process than listing on a big exchange like the NYSE. There are few requirements for a company to list their shares OTC. You basically have to file a few financial forms and show that you’re in good standing tax-wise.

What kinds of companies list OTC? Foreign companies often use OTC markets to offer their shares to U.S. investors. It’s far cheaper and simpler than listing on one of the big exchanges, which requires complying with hundreds of U.S. regulations and accounting standards and paying ongoing fees.

OTC markets are also important because that’s where most U.S. cannabis stocks trade. You should be able to access these OTC investments through most large online brokers.

There are multiple large U.S. pot stocks that trade OTC today. MariMed, for example, is a large cannabis grower, producer, investor and advisor to other projects. It’s valued at $763 million and trades OTC under the ticker MRMD. There are dozens of other quality U.S. pot stocks out there. And we’re evaluating the best for our First Stage Investor members.

Cannabis valuations are fairly rich right now, but there’s a lot of growth to come for the winners.

There are downsides to trading OTC and on the pink sheets. There are a lot of low-quality stocks mixed in with a few gems.

Also, the spreads (difference between the ask and bid prices) are higher. So, on average, you’re paying a little more than you would on a big exchange.

During down markets, OTC price movements can be extreme due to limited liquidity. Prices can dip sharply and rapidly. So if you don’t stomach risk well, these stocks may not be for you.

One upside to the volatility is that if you’re patient and set some limit buy orders 30% to 45% below the current price of a quality company, you might get lucky with a few nice long-term assets. Always use a limit order to get a better price. A market buy order can be expensive when buying OTC.