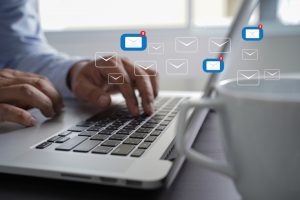 Q: What is your expectation of the investments we make in these startup companies? What is the turnaround time for profits? Do these companies need to go public with an IPO before we can expect any real gains?

A: Startup investing requires a long-term perspective. When you buy equity in an early-stage startup, you should assume that it will take at least five years before an “exit opportunity” (acquisition or IPO) arises.

An acquisition can take place at any time, but generally speaking, the good ones take at least two years (and usually three or more) to produce a nice exit. And it will almost certainly take a minimum of five years until a seed-stage company is large enough to IPO. If you invest in more mature startups, it could happen quicker.

Acquisitions often return 2X, 5X, 10X or more. But an IPO is the ultimate goal for startup investors. If you invest early (seed stage) in a company that IPOs, it’s likely you’ll make 50X, 100X or even more. This is how venture capitalists and angel investors make the vast majority of their money.

If you invest in a startup that really takes off like a rocket, you may be able to sell your shares before an IPO on “secondary markets.” But I would advise against cashing out too early (at least not all of your investment).

The reason we invest in high-risk, high-reward startups is to hit home runs. The base hits help balance out losers, but they’re not the goal. When you have the potential for a 100X return, let it ride. This is how venture capitalists outperform the stock market by a wide margin. They hold great startups and resist the urge to sell early.

No matter how you look at it, the startup space is a long-term investment. And in today’s world, startups stay private as long as possible to avoid the hassles of being a public company.

The value proposition for startups is also significantly better. By the time a “hot” startup IPOs, most of the gains have already been reaped by private investors. Look at Uber – it’s about to IPO at a $120 billion valuation! The bulk of the money has already been made. Public market investors are late to the game.

As a result, stock markets don’t offer the same type of early opportunities that they used to.

This is why we believe it’s important to invest a small portion of your portfolio in promising private startups. It’s easy to start building a startup portfolio today, with minimum investments on equity crowdfunding sites of as little as $100.

You should also work on building a good-sized portfolio. More than half of the startups you invest in will fail. That’s to be expected when you invest at such an early point. But those losses can be more than offset by one home run.

Q: NEO Co-Founder Erik Zhang recently suggested ethereum will supplant bitcoin as the top crypto. Do you think he’s right? And why is NEO’s co-founder talking smack about bitcoin?

A: I disagree with Mr. Zhang here. Bitcoin is the leading cryptocurrency today for good reason. It has the best security track record, brand recognition and liquidity.

Bitcoin is emerging as an alternative monetary system, and I believe this is something the world sorely needs. We can already see its utility in countries where inflation is ravaging fiat currencies, such as parts of South America and Africa. Wherever currencies collapse, bitcoin takes off. Unfortunately, there will be plenty more of this sort of chaos over the coming years.

Bitcoin, in my view, is the world’s leading contender to become the future of money. This is why many refer to bitcoin as “digital gold.”

Ethereum is an altogether different animal. It’s a platform that allows groups to launch decentralized applications (dApps). The potential applications of such a network are as broad as the internet.

Ethereum has gobs of potential. But it has yet to find its “killer application” (as email was for the internet). So far, most of the action on the Ethereum network has been with initial coin offerings. Hundreds of cryptocurrency projects have launched on Ethereum, but none have truly taken off yet (though dai looks quite promising).

The Ethereum network has struggled to keep up with demand during periods of high usage. To fix this, Ethereum plans to institute a dramatic upgrade (called Constantinople) in the near future. The upgrade will change almost everything about how Ethereum works. Hopefully this upgrade will let it scale to thousands of transactions per second. But there’s major work to be done yet, and nobody has built a system quite like Constantinople before.

Meanwhile, bitcoin’s Lightning Network is growing by leaps and bounds. Lightning has the potential to make bitcoin an extremely viable and scalable payment system, even for small purchases. And Lightning is just one of the many active scaling projects being worked on by bitcoiners around the world.

So, in my view, ethereum has much further to go than bitcoin. Bitcoin is already doing what it was built to do (function as an alternative to fiat money). Ethereum has the potential to be as big, or even bigger, one day, but it’s simply not there yet.

Besides, ethereum is about one-fifth the size of bitcoin today. So no, I don’t see ethereum surpassing bitcoin in value anytime soon. Could it happen? Sure, but it’s not likely.

Mailbag: The Best Startup Investment Deal Terms and the Best Kind of Startup