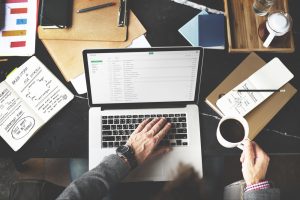 A: Preferred stock. You’re first in line to get your investment back in case of bankruptcy or other negative liquidity events.

The problem with common stock is that founders and employees pay much less for their common stock than you do, creating a misalignment of interests. There would be outcomes where founders and employees would hit a home run and early-stage investors would make little to nothing. Buying preferred stock helps alleviate those scenarios. Preferred stock allows investors to receive both their investment back and a pro rata share of any gains.

In this case, half the shares are common and half are preferred. The preferred stockholders would receive an additional $20 million for a total of $30 million. Their return is 3X. The founders and early employees are left with “only” $20 million. But don’t feel sorry for them. Whatever they paid for their common shares, it was much less than what early investors paid for their preferred shares.

As for convertible notes, these are done for the benefit of founders, not investors. They allow founders to raise money very early at a yet-to-be-determined valuation. The problem is that their companies are worth very little that early on. And founders prefer selling fewer shares at a higher price to get the same amount of money. That means less dilution for existing shares (the founders’ shares).

Convertible notes, thankfully, come capped. So in those scenarios, I look at whether the capped valuation amount is extremely reasonable. Ideally, you want it low enough that there’s a decent chance the company will surpass it during the following round.

Say a company was capped at $7 million when you invested and raises at a $10 million valuation in a following round. You pay based on the $7 million, a 30% discount on what current investors pay.

But let’s say it was capped at $12 million when you first invested and then later raises at a $10 million valuation. You pay the same as current investors. So you aren’t rewarded for investing earlier, which stinks. That’s why I look for low caps. As you can see with convertible notes, investors can’t be sure whether they’re getting a good deal or not.

Q: What do you mean when you say you like to invest in “bootstrapped” startups?

A: A bootstrapped startup is one that hasn’t raised much, if any, outside money. The founder(s) have often invested only their own money and time.

When I find bootstrapped startups that have achieved significant traction, I always take a deep dive into the company. And I often end up investing. In my experience, when I do invest, it’s always worth the time. Bootstrapped companies know how to spend money wisely, and they’ve been among my best investments.

When a bootstrapped company finally raises money, it often fuels a huge jump in growth. It’s already built a model that works, but it’s kept things very lean. Raising $1 million, or even less, can often make a huge difference to a company at this stage.

A good example of a recent bootstrapped startup that we recommended to First Stage Investor members is Petit Vour. This company sells unique beauty products in a subscription box format. It has raised almost no outside money, but it pulled in a very impressive $3 million in revenue last year. It has been profitable since year one and is growing revenue at a very healthy clip.

Petit Vour’s recent investment round valued the company at just $6 million. So our members were able to invest in a great bootstrapped company at a very reasonable price.

These are the kinds of opportunities I love. Bootstrapped startups are lean, mean growth machines. They take a little bit longer to get going than traditionally funded companies do, but I’ve found that the ones that make it are superior investments.

The post Mailbag: The Best Startup Investment Deal Terms and the Best Kind of Startup appeared first on Early Investing.

The Future of Venture Capital