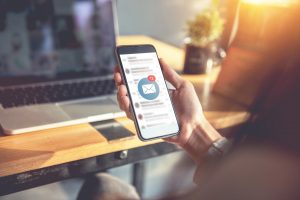 A: Good question. I’m so focused on determining what startups need to do to become successful that I’ve spent less time thinking of their most common pitfalls.

So I sat down and made a list. I came up with 19 mistakes to avoid. And one stood out above the rest: not thinking big enough.

Perhaps you think this is an odd choice for an entrepreneurial community whose rallying call tends to be “we want to change the world.” But I’ve found founders’ words often aim at bigger targets than their actions.

So let me explain what I mean by “not thinking big enough.” It takes two forms: micro- and macro-decision-making.

In micro-decision-making, startups have the choice to go big or go small in things like developing products, targeting markets and choosing partners. Going big is much more difficult, so young, insecure companies tend to go small. It’s the wrong strategy. Even if their decisions lead to a successful outcome, they’ve progressed 10% as opposed to 100% or 1,000%. This is not how you become a market dominator.

In macro-decision-making, startups determine basic directions, paths and goals. Once again, companies err on the safe and small side here. But when they successfully go big, they can climb higher than they ever imagined.

Take Uber, for example. It originally started out as an online black limo service, a niche market that’s dwarfed by the global taxi business. Now Uber is trying to replace the taxi business entirely. The market forced Uber to think much bigger. And, to its credit, Uber has executed its enlarged vision with a sense of urgency (bordering on aggression).

Or take a certain online apparel company that holds a top spot in our First Stage Investor portfolio. It began with a narrow vision of what it wanted to sell. But a year later, it targeted a dozen adjacent verticals and adopted an ambitious acquisition strategy to achieve its goals. That’s raising the bar!

Going bigger doesn’t always make sense. But startups too often eschew this path as “unrealistic,” missing out on bigger opportunities without giving them due process. At the very least, it’s a worthwhile planning exercise that can uncover bigger markets and generate bigger revenue streams by orders of magnitude. If a founder identifies several big opportunities, they would benefit from pursuing even just one or two that make the most sense for them.

Q: You’ve been predicting the Fed would stop raising interest rates. This week, it did. Do you think Powell was responding to politicians? Or is there something else at play here?

A: President Trump certainly wasn’t shy about telling the Federal Reserve it should stop hiking interest rates immediately. So when the Fed responded and announced that it is essentially putting further hikes “on pause,” some assumed it was because the president interfered with monetary policy.

I strongly doubt this is the case. But the truth may be more disturbing than that.

The truth is that our financial system is completely addicted to debt, and needs to add more and more of it to keep everything from collapsing. We need low rates and loose monetary conditions for that to happen. We’re many cycles into this multidecade debt bubble now, and it’s getting harder to maintain.

As I wrote a few weeks ago, the Fed has met nearly every major market correction in the past three decades with drastic measures to “save” the economy. Well, all that economy-saving has left our economy weak and fragile, burdened by unpayable debt loads.

At this point, a “regular” recession by historical standards could be crippling to the economy. I think the Fed will try to prevent it from happening and preserve the status quo (as always).

So I continue to believe rates will go even lower, then eventually negative…

The only solution I can see is to dramatically cut government spending (40% cuts will likely be needed eventually). We can’t tax our way out of this one. That path leads to ruin and an even more powerful, wasteful government.

The fact that so much of spending is wasteful, like much of the $1 trillion war on drugs and the $6 trillion-plus we’ve spent on unconstitutional wars in the Middle East, is what’s really killing the economy. If the government was spending money on useful infrastructure, that would be one thing. But it’s not.

Today’s political establishment has proven itself a horrible steward of the economy (and world), so we need to usher it out the door quickly if we are to avoid a financial disaster the likes of which the world has never seen.

For more on this situation, I recommend checking out these recent articles I wrote.

Why SPACs are Good for Startup Investors

Ethereum Price Analysis Feb.3: ETH Follows BTC By Failing to Break The Descending... The Importance of Risk Management and Psychology When Trading Crypto
Scroll to top