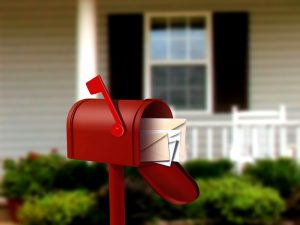 Q: I don’t get initial public offerings (IPOs). Levi Strauss actually makes something, and it’s profitable. But Lyft, a company that basically makes an app that links people together and loses money, gets all the attention. What gives?

A: It sounds crazy. Rewarding startups with a rich IPO – in Lyft’s case, $23 billion – for losing nearly $1 billion last year seems asinine. I know what you’re thinking: I could do that. Give me that $23 billion.

But in startup land, it actually makes sense. I’m not saying it’s right or wrong. I’m saying only that there is a logical argument based on the following tenets…

Lyft will realize its massive potential only when it figures out how it can become profitable… at some point. It won’t happen this year. And I can’t see it happening within the next two years.

But investors are making a $23 billion bet that Lyft will eventually figure it out. I, for one, seriously doubt it.

Q: Adam, do you like gold or silver as an investment?

A: I do indeed like precious metals, especially right now. And it’s for the same reason I like the more speculative fiat alternatives like bitcoin: I don’t trust fiat money.

U.S. stocks are pricey after a massive 10-year run, and the global economy seems to be stagnating. We’re overdue for a slowdown.

When things slow down, the Fed tends to respond by lowering interest rates. But interest rates are already low. I don’t think this will stop the Fed from going back to zero if it thinks it’s necessary or from trying other measures. It’s very creative.

Although it’s sometimes hard to tell, we’re still in a debt bubble that’s been building for decades. And it’s now getting up to dangerous levels. Interest payments on the $21 trillion of U.S. federal debt totaled $523 billion in 2018.

U.S. personal (household) debt is now $13 trillion, and corporations have $9 trillion in debt. Both are at record levels.

Eventually, there will have to be a lot of inflation or currency revaluations to deal with this debt. The alternative would probably be a deflationary collapse, and I don’t think the Fed will ever let that happen.

Instead, monetization of debt seems likely. The Fed would essentially buy bonds to fund the government with newly printed money. I think it’ll try to inflate away the debt.

It’s essentially MMT (Modern Monetary Theory), and I think it’s going to be real in the (somewhat) near future. Unfortunately, I simply don’t see the government cutting spending enough to produce a responsible outcome.

How to Naturally Diversify Your Portfolio