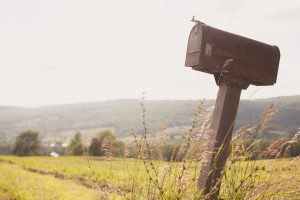 Q: I know the U.S. Securities and Exchange Commission (SEC) has a rule on the maximum amount investors are allowed to put into startup deals per year. What happens if you go over that amount?

A: If you fail to abide by the SEC’s overly strict (in my book) restrictions on yearly investment amounts, only you will know it.

I pay more attention to what the SEC does than what it says. It says you have limits on what you can invest. But it has done absolutely nothing to enforce its rules. I’m left to conclude that it doesn’t care. Or not enough to do anything about it.

But the portals don’t do this because the SEC has not pressured them to. And the portals want as many investment dollars from you as possible.

It’s likely you’ve invested in startups from several portals. And if the portals don’t keep track of your investments in their own portal, they certainly don’t tally your total investments from all the other portals.

In other words, you’re on the honor system.

I would never advocate breaking the rules for the sake of breaking rules. But the only honorable thing to do with your investments is to invest thoughtfully and carefully. We’ve always advocated spending just 5% to 10% of your investible savings on startups.

The SEC won’t be enforcing that. And neither will we. But we suggest you take it seriously.

Q: I’ve been looking to make some cannabis investments, and I stumbled across REITs. What are REITs? And are they cannabis-specific?

A: REIT stands for real estate investment trust. It’s a unique kind of company and investment. REITs buy commercial real estate and lease it out to businesses. Then they take their profits and pay them out as dividends to their shareholders. By law, 90% of their profits must be returned to shareholders. So when you invest in REITs, you’re investing in their commercial real estate portfolios – and their ability to manage them.

Most REITs are publicly traded, like stocks. You can find them on the New York Stock Exchange and Nasdaq. Many REITs focus on just one sector. Vici Properties, for example, focuses on casino properties. Last week, it completed the purchase of the Greektown Casino-Hotel in Detroit for $700 million.

Innovative Industrial Properties is the best-known marijuana REIT. But it’s not the only one.

Well-managed REITs can generate steady dividend payments. And it’s a nice way to invest in real estate without a lot of money. The trick is finding the good ones. Growth sectors, like cannabis, are a good place to start.