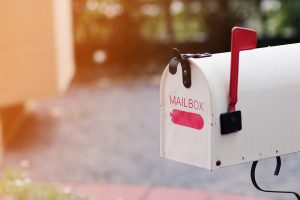 Q: Tron founder Justin Sun paid $4.57 million at a charity auction to have lunch with Warren Buffett. Is that a good thing or a bad thing?

A: First, some background. Warren Buffett is not a fan of cryptocurrency. In 2018, he said bitcoin is “probably rat poison squared.” Berkshire Hathaway vice chairman Charlie Munger, Buffett’s business partner, chimed in, saying, “[Crypto is] like somebody else is trading turds and you decide you can’t be left out.”

And if Buffett thinks bitcoin is a fraud, he’s really going to hate Tron. Tron came under fire when it was revealed that much of its white paper was plagiarized from other projects, namely InterPlanetary File System (IPFS) and Filecoin.

Tron also catches flak from the crypto community because many believe it is too centralized. The problem, as many see it, is that the majority of the nodes that process and confirm transactions are controlled by Tron. And many of us are attracted to cryptocurrencies like bitcoin precisely because they are decentralized and not controlled by any single party. Tron’s former chief technology officer left the project earlier this year, citing concerns over its lack of decentralization.

All of this should make for quite an interesting lunch. I’d certainly love to be a fly on the wall there.

As for whether it’s good or bad, I don’t think it’ll have any real impact on the market. And I’m confident that Buffett isn’t going to change his mind about crypto based on a conversation with Justin Sun. In fact, I doubt Buffett’s mind can be changed on this subject at all, because he is fully invested in the legacy financial system, as I explained here in more depth.

Fortunately, I don’t think most people look to Buffett and Berkshire Hathaway for advice on anything related to new technology. They have zero expertise there.

Q: What is the upside of a crowd SAFE (Simple Agreements for Future Equity)? It can go to zero like everything else. And it seems possible that the company could decide not to allow you in, thus denying you any upside. A crowd SAFE also seems to have a limited, fixed upside. Say you get a 20% discount and then it goes public. The two scenarios appear to be the discount model vs. the IPO model. There is some return, but it does not seem to be all that much considering the significant risk.

A crowd SAFE does NOT convert if the startup never does another raise or fails to IPO. This is the same risk you assume with a convertible note.

A crowd SAFE is different from a convertible note in two major ways. The biggest being that with a crowd SAFE, you’re not making a loan. There are no interest rates. You’re entering into a “contractual agreement” with the startup along with dozens or hundreds of other investors participating under the same contract. Crowd SAFE participants are lumped into a single entity on a startup’s cap table.

The other big difference involves the terms of the triggering event. A triggering event under a crowd SAFE is more variable and customized to the desires of each startup than one under a convertible note. So investors have to pay attention to exactly what constitutes a triggering event. Is it an IPO? A buyout or merger? Or a future raise?

You need to pay attention to what constitutes a triggering event every time you consider an investment. For example, does the company specify a preferred shares raise as the triggering event? If so, and the company does a subsequent raise involving common stock or convertible notes, or perhaps selling more crowd SAFEs, then your SAFE will not convert.

You mention the discount model vs. the IPO model. Remember, most crowd SAFEs are capped. So, when you convert, you’ll always be awarded the lower of either the capped price or the discounted valuation price (which is the same way convertible notes work).

So, say your shares convert at $1 per share (derived from a hypothetically discounted price of 20%), and two years later the company IPOs at $5 a share. You’ve made a profit of 5X… in cash or in the form of common shares. It’s your choice. And you get the benefit of both the 20% discount and the high valuation that comes with the IPO. A crowd SAFE does not limit your profit in any way, as long as there is a triggering event.

It’s not the perfect instrument. And, in theory, a crowd SAFE’s provisions can be abused by unscrupulous founders. But I haven’t heard of any cases where that’s happened. We like crowd SAFEs. They’re good for startups. And, in practice, investors aren’t harmed.

We look closely at the terms of crowd SAFEs whenever we’re considering making a recommendation to members of our First Stage Investor service. We want to make absolutely sure the terms of the triggering event are reasonable and inclusive.

Again, the most important thing is to study the terms of the crowd SAFE, especially the triggering events. And, apart from the SAFE itself, learn enough about the founders to know they are legitimate and trustworthy and have a record of acting in good faith.

The Power of the Private Market

Bitcoin Price, Facebook Hype And Buffett: Week’s Top Stories Crypto Debit Cards You Can Use Now Plus a Few to Expect Soon
Scroll to top