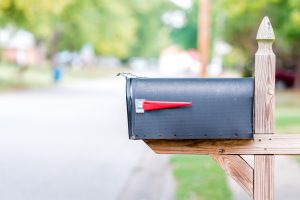 A: Resistance levels refer to a company’s (or a cryptocurrency’s) price chart. They come in many flavors.

A resistance level can be thought of as a former support level. Say an asset’s price goes down from $10 to $5, but before it hits $5, it bounces off $7 once, twice, three times or even more. The $7 level acts as the asset’s support level, meaning buyers are supporting the asset at a $7 price.

Breaking below that $7 then becomes a big deal. When it does, it usually falls much further, as asset holders lose confidence that its price can be sustained or elevated. In this case, the price falls to $5 and starts to climb. When it does, that $7 becomes a resistance level because buyers and sellers remember how hard it was for the coin to break below it. And they fear it will be just as difficult for it to break above it.

Resistance levels can also form in a channel. Think of a drone flying in an underground tunnel that sometimes rises near the surface and other times goes deep underground. A drone cannot break out of the tunnel very easily. It can fly near its ceiling or along its floor. A price can act the same way, going up and down within a channel but not breaking out until it gathers a great deal of strength from either optimistic buyers convinced it should break through the ceiling or pessimistic sellers convinced it should drop below the floor.

Resistance levels come in other forms too. Chartists like to follow, for example, 10-day, 20-day and 50-day moving averages, which smooth out the day-to-day jerky movements prices often experience. Whether going up or down, a price rising toward a moving-average line can bounce off it, especially if the rally is weak.

This is just a partial list of resistance levels. Now, are they important? Not to me.

Resistance levels don’t offer resistance all the time. They’re unreliable signs that sometimes follow the expected script and sometimes don’t. I use them as a tool, along with dozens of others. And they don’t make my top 10 list.

When a price bounces off a resistance level, I try to find an operational reason. Did a company’s sales growth decelerate? Did its new product flop? Divorcing what a chart says and what the fundamentals say is plain silly. While a company’s real-world behavior and its price chart don’t always move in tandem, there’s a relationship between the two. The problem is that the relationship is sometimes hard to decipher or predict.

But when those paths diverge, I pay more attention to real-world trends and developments than I do to what a chart may be saying.

Q: What percentage of my stocks should be foreign and why?

A: In my opinion, owning foreign stocks has never been more important for U.S. investors.

The average American’s portfolio holds around 15% foreign stocks. This may have been sensible in decades past, when the U.S. was the world’s primary growth engine. But today, there’s simply too much growth overseas and too many risks to American growth to keep 85% of equities parked in the U.S.

U.S. stocks have been on an absolute tear over the last 10 years. They’ve outperformed foreign stocks handily. But I believe this outperformance is the result of the Federal Reserve’s low interest rate policies rather than real underlying strength.

The U.S. is ground zero for the ongoing debt crisis. American companies have $9 trillion of corporate debt. That’s an astounding number. Federal debt is skyrocketing, and consumer/student debt isn’t looking good either.

This still-growing mountain of debt will cause real problems down the road.

So if you’ve got 15% or less, I would seriously consider increasing the percentage of foreign stocks in your portfolio. Just 15% is far too low today. Personally, I have around 50%. However, I steer clear of Europe and Japan because in many ways, they’re in the same boat as the U.S. (stuck with low rates and too much debt).

Most of my foreign exposure is in emerging markets – South American, Asian and even Russian stocks. I see good value in these markets, especially when compared with the U.S. These markets all have their own unique problems. But I believe their issues are less severe than those we’re facing here at home.

Most of us have more than enough exposure to the U.S. economy simply by living and working here. Owning foreign stocks lets you gain exposure to other currencies and economies. So if something bad does happen domestically, at least the effects will be cushioned by these foreign holdings.