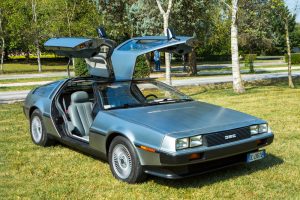 Starbucks started off by selling espresso machines and coffee beans.

Fab began as Fabulis, a social network geared toward gay men. It’s now a fashion site that generates hundreds of millions of dollars every year.

And before pivoting to social media, Pinterest allowed people to browse and shop their favorite retailers, sending them updates when their favorite items were on sale.

You could chalk these product missteps up to rookie mistakes… young entrepreneurs of young companies who hadn’t yet figured out what their customers wanted.

But that doesn’t explain why so many successful and established companies make the same kinds of mistakes – completely miscalculating the market they have served so well, often for decades.

Doing a little digging on the internet surfaced more than 100 product flops, and I suspect that’s just scratching the surface. A few are from startups, like Fitbit, Juicero and DropBox.

But most of them are from big and well-known companies.

Actually, I remember most of these ill-fated products. So I thought it would be interesting to share the 10 I have the strongest connections to… either through my own experiences or memories of how the product was received at the time.

The beauty of modern science, right? Except it caused all kinds of digestive problems. Sales dropped precipitously. I was never personally, ahem, touched by this product. But ever since it disappeared from our grocery shelves, I’ve assiduously avoided all manner of dietary foods and beverages. Thank you, Olestra!

I’m looking forward to my next Segway adventure. But I’m not buying one. It doesn’t serve any obvious recreational purpose. For city dwellers, it could replace long walks or short bike rides, but that’s a fine line. Segways are neither fish nor fowl, and they’re too expensive. Wish it weren’t so. They’re so much damn fun.

My partner Adam and I intuited this problem a couple of years ago when we vetted a startup called HeatGenie – it makes coffee in a can that self-heats its contents in less than two minutes. The founder sent us a couple of cans to try. We found out that using it wasn’t as simple as it seemed. The lid had to be twisted to trigger the heating element. Both Adam and I had trouble executing the twist.

We ended up instead recommending a startup that makes a knock-your-socks-off, delicious iced coffee called Black Medicine. Maxwell House shoulda/coulda/woulda chosen the same path. I don’t lose sleep over its misstep. I never liked its coffee anyway.

The Pinto actually burst into flames when struck from behind. It left an indelible impression. I’ve distrusted American-made cars ever since. I went from German-made cars to Japanese ones. I’m now thinking of buying a Tesla next – if I could only get over that image of a Pinto’s charred remains…

Iteration Is the Name of the Game for Startups

In startup land, when product development and launch is done right, it’s referred to as achieving product/market fit: offering the right product to the right market at the right time.

As you can see, it’s not easy to do – even for big and experienced companies.

Startups iterate different versions of a product until they find one that strikes a chord with the market. It’s an accepted process, nothing to be embarrassed about. But when large companies launch new products amid so much fanfare and they go bust?

Well, the whole world knows. And it can be pretty embarrassing.

Market/product fit is a big part of the vetting process for Adam and me. Big companies can survive product flops. They become lessons endured for the companies themselves and lessons learned for investors like us.

Just remember, however, that for startups, NOT (eventually) achieving market/product fit can be fatal.

The post Market/Product Fit Is Critical in Investing appeared first on Early Investing.

Banks Are in the Depression Stage of Grief

Crypto Needs to Show, Not Tell

Founders, Steer Clear of These 19 Mistakes