This week we had a lot of positive news around the Crypto market, Bitcoin slightly dropped from last week and now stands on $8,857 in the Bitstamp exchange.

Unlike Bitcoin’s relative stability, the alternative coins are celebrating and the volatility has reached, as expected, after a long upward trend. The last day shows a trend of correction in trading against the dollar. However, the crypto market is unpredictable and it is difficult to predict when a correction will occur. But, as we know the market, a trend shift will occur in the euphoria stage.

Nevertheless, it seems that the trend change has been continuing since March, when we saw the bottom of the alternative coins market with a dominance of 55% relative to Bitcoin, and as of this writing stands at 63%. In this framework, we will not ignore EOS’s rise and rise up to 40% at the time of writing. It should be noted, however, that the EOS network still does not exist, but there seems to be a great deal of interest around the project, which has a market value of about $18 billion last week and its rate touched a record of about $22.

In conclusion, my opinion is that on the one hand the demand for the alternative coins and the realizations of money prevent the rise of Bitcoin, and on the other hand the demand for Bitcoin rises because it is the main entry for trading in the markets, and therefore we see a relatively stable Bitcoin.

Goldman Sachs Inches Closer to Launching a Bitcoin Trading Desk. It appears that Goldman Sachs is looking to launch its own bitcoin trading desk by hiring Justin Schmidt, a known cryptocurrency venturist.

Research Indicates 20% of Financial Institutions Plan to Trade Crypto. According to a survey by Thomson Reuters, one in five financial institutions is thinking about trading digital currencies over the next year.

Bitcoin is a “Colossal Pump-and-Dump Scheme” Founding PayPal CEO. Paypal CEO Bill Harris stated that Bitcoin is a pump and dump scheme in a post published on the site, Recode.

Cryptocurrency Traders Reported to FBI and SEC For Pump and Dumps. The Discord Group Bitcoin Bravado has been accused of operating a pump and dump scheme, and was reported to the FBI by informants.

Pfeffer Capital Investor: Bitcoin to Replace Gold While Market Cap Could Be Worth $6 Trillion. John Pfeffer, a major institutional investor, claimed at a conference in Seoul that Bitcoin could one day be worth over 6 trillion.

On April 26th, France declared that the profits made from cryptocurrencies will be subject to capital gains tax, taxed from 45% to 19%.

The Bank of St. Louis has declared that the differences between Bitcoin and fiat currencies are not that different than they appear at face glance.

Germany has opened its first cryptocurrency exchange for institutional investors.

Nasdaq has announced its first global stock exchange that will open in October 2018.

Warren Buffet remains true to his word stating that bitcoin is nothing more than gambling, a game.

The VPE bank has opened a Bitcoin cryptocurrency exchange for institutional investors.

The Reserve bank of India has faced legal consequences for trying to ban cryptocurrencies.

A volatile week for Bitcoin. Support around $8,500 with resistance at $9,300 and the attempts to break up had woke the bears around $9,700. Now we have returned to resistance levels trading around $8,886 when writing these lines. 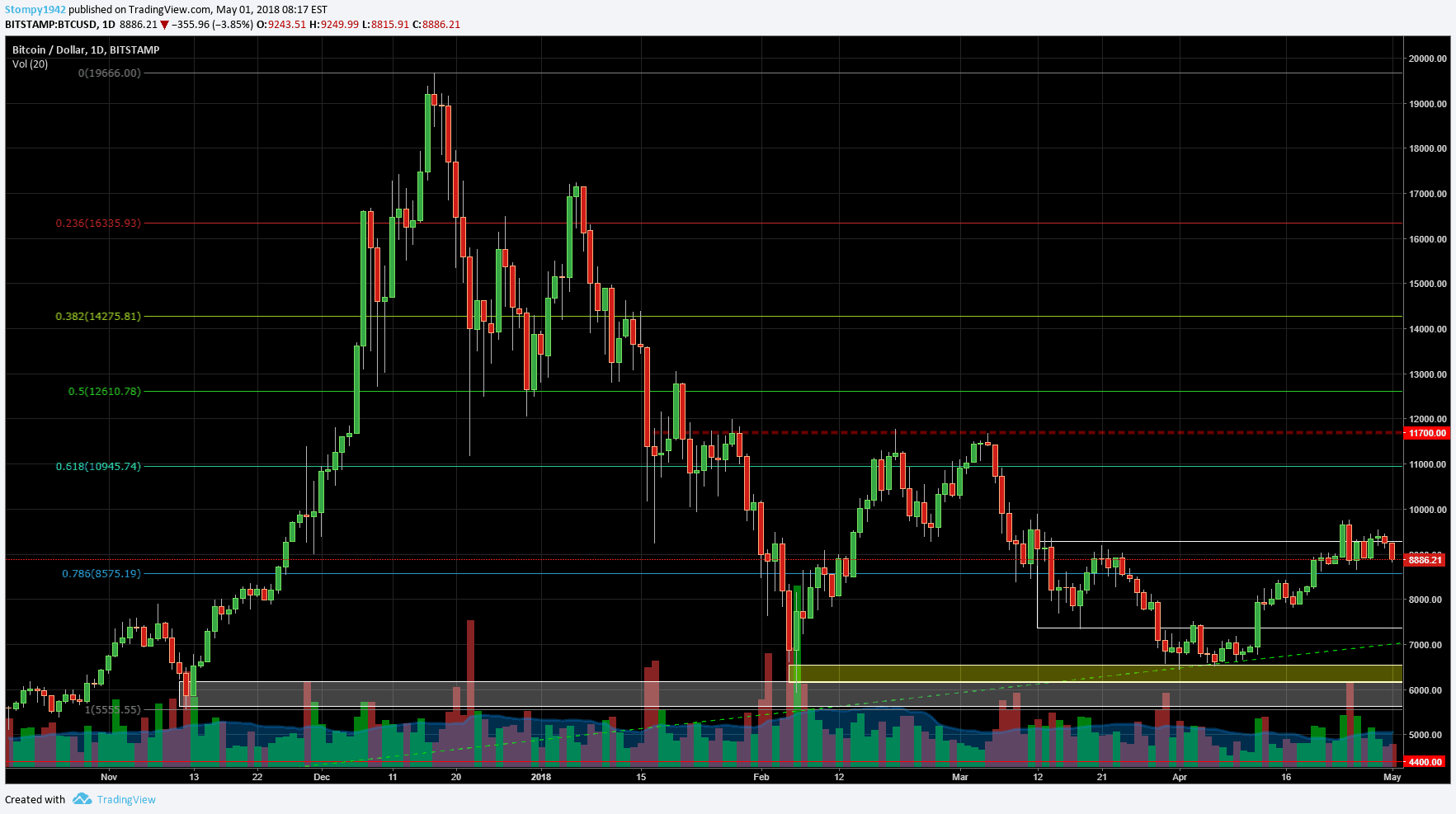 Against the dollar it seems that the resistance is around $700, support around $600 with trading around $650. 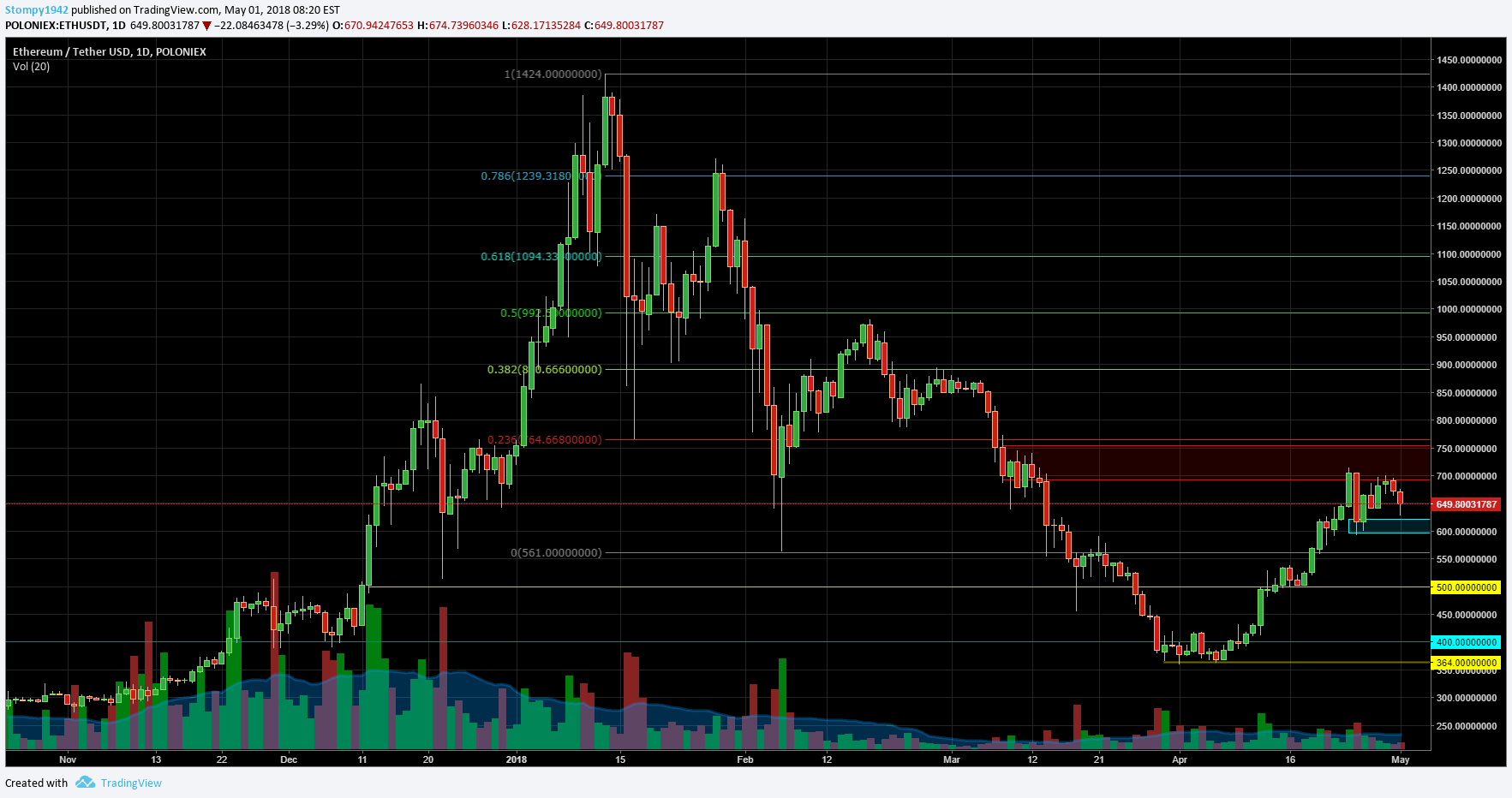 Against Bitcoin a relatively stable week. Marked with the rising trend chart that is still supported and looks fairly stable. Traded around 0.073 BTC, resistance not far from -0.075 BTC with support being built around 0.07 BTC. 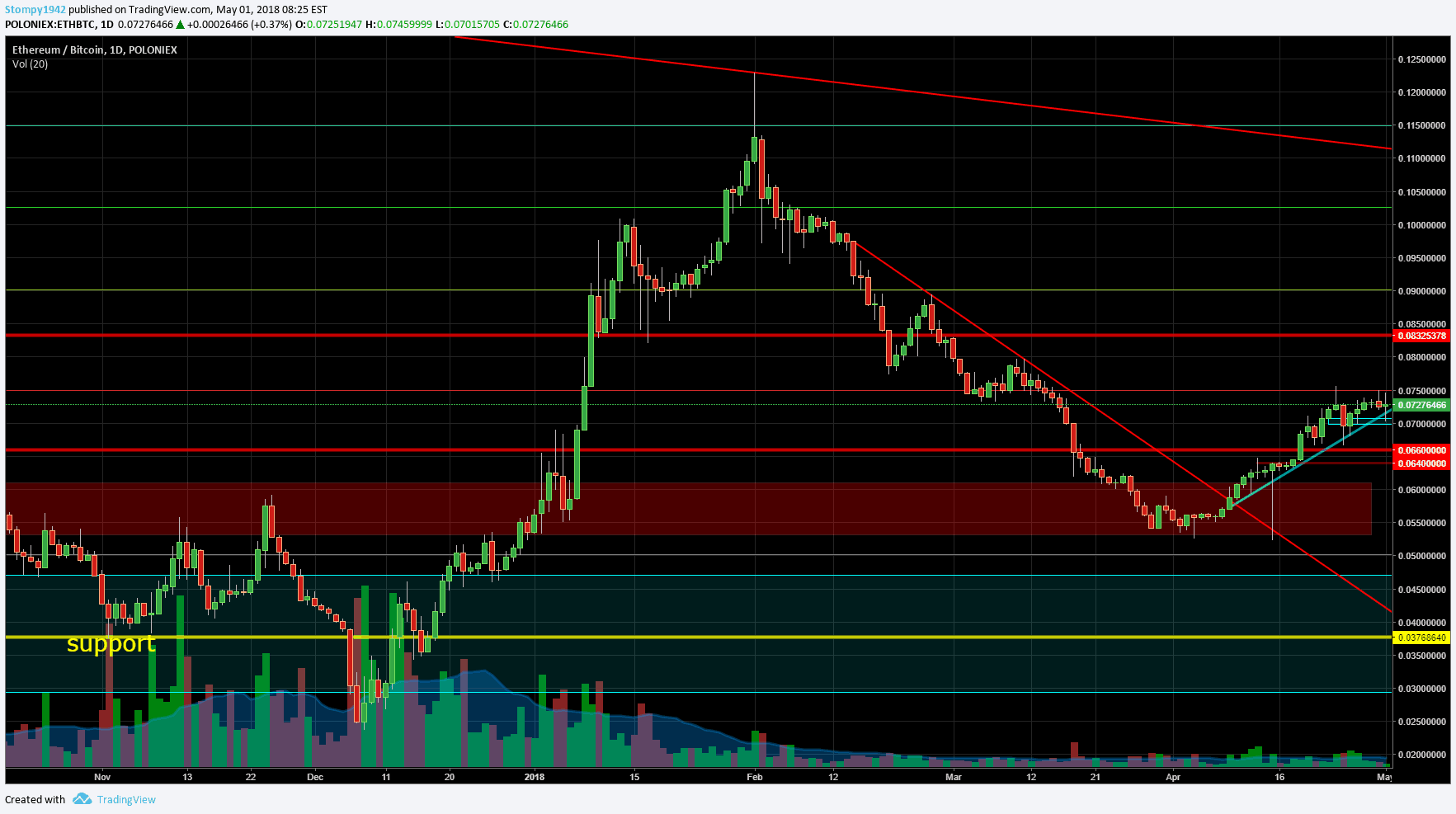 Against the dollar it seems technically similar to most of the leading currency charts. Traded around $1,290 a fraction of a fragile support around $1,250 in this range and is testing resistance around $1,500. 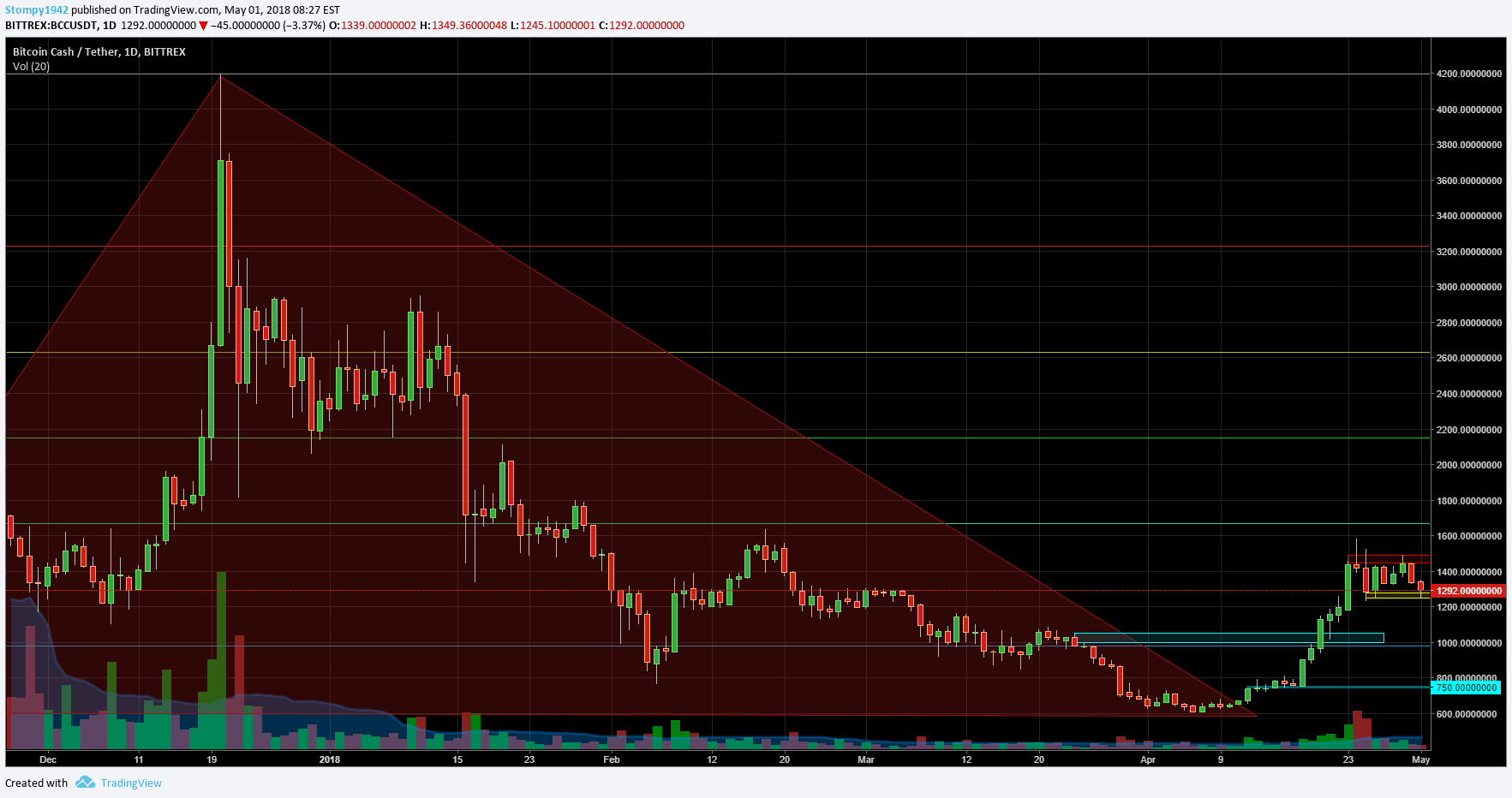 Against Bitcoin traded around 0.144 BTC the resistance looks around 0.16 BTC with support in this range around 0.135BTC. 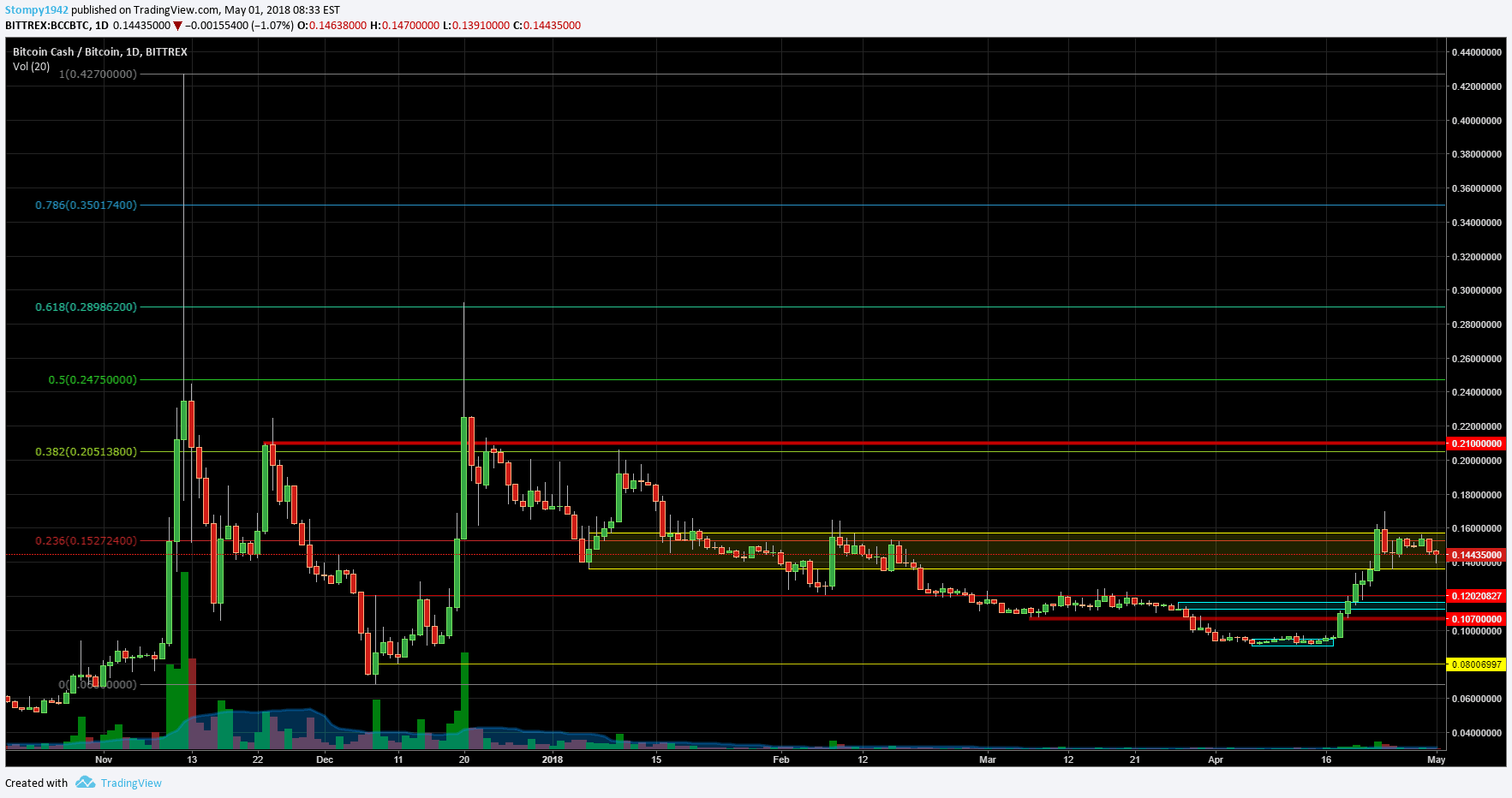 Against the dollar in the 4 hour chart it seems that a correction trend has begun, but at the moment it is difficult to determine the level of resistance. Support levels are around $16 in this range resistance at $19 traded around $17. 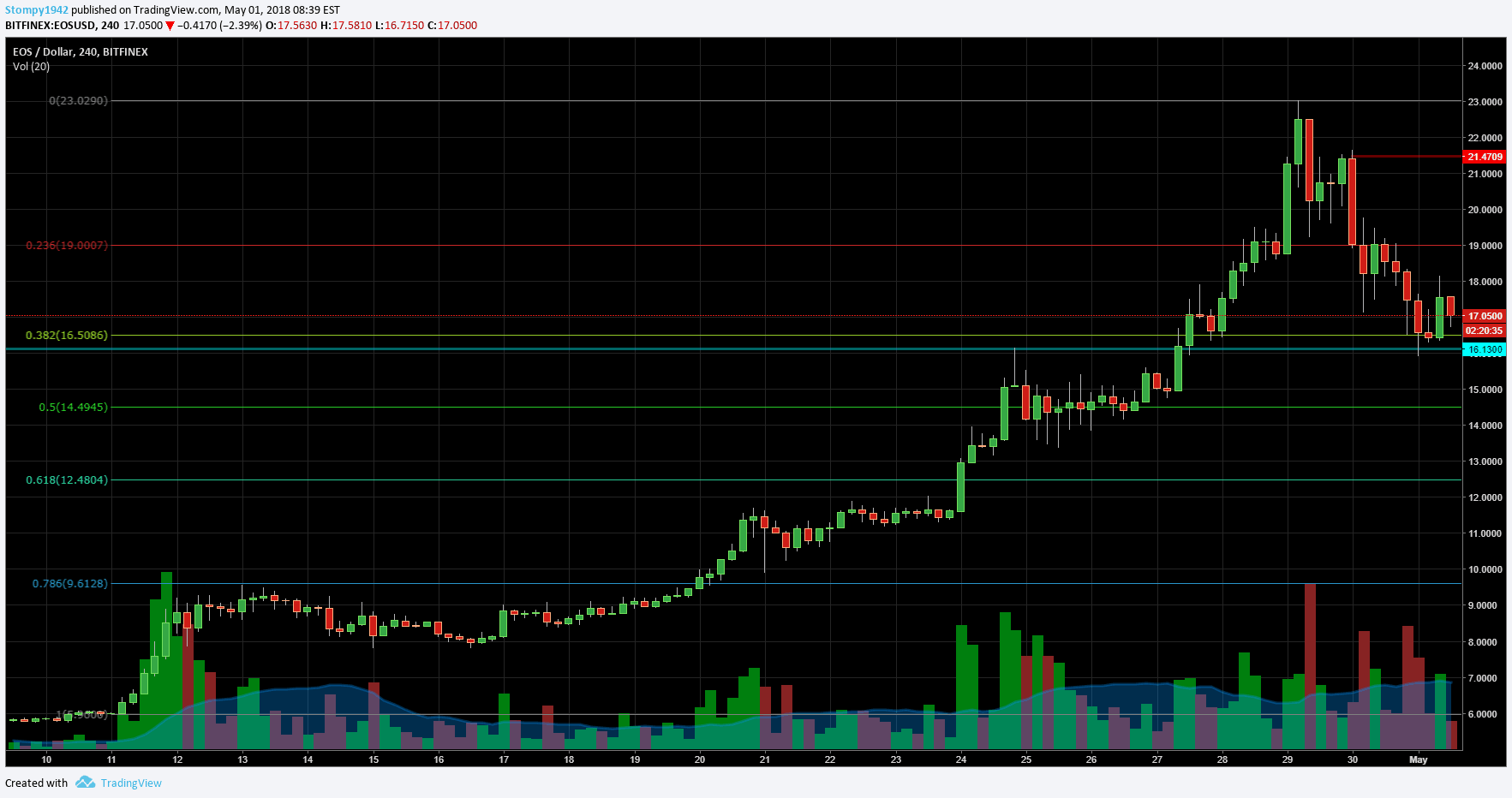 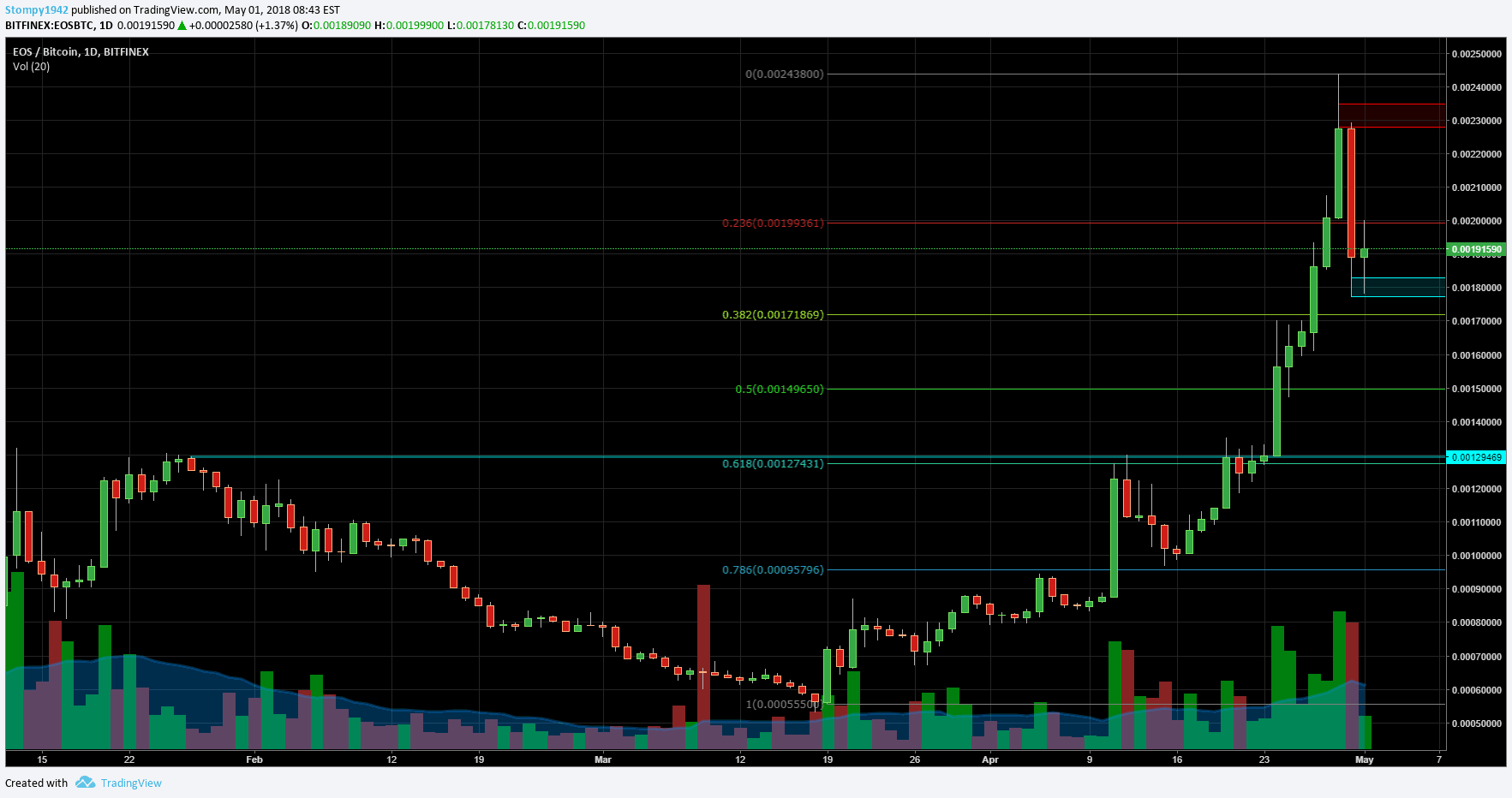 Against the dollar. Since the peak of $100, at the beginning of the year the rate fell by about 90% to a bottom of $13 and since then it is climbing slowly and steady. Traded around $28, support around $24 with resistance around $32. 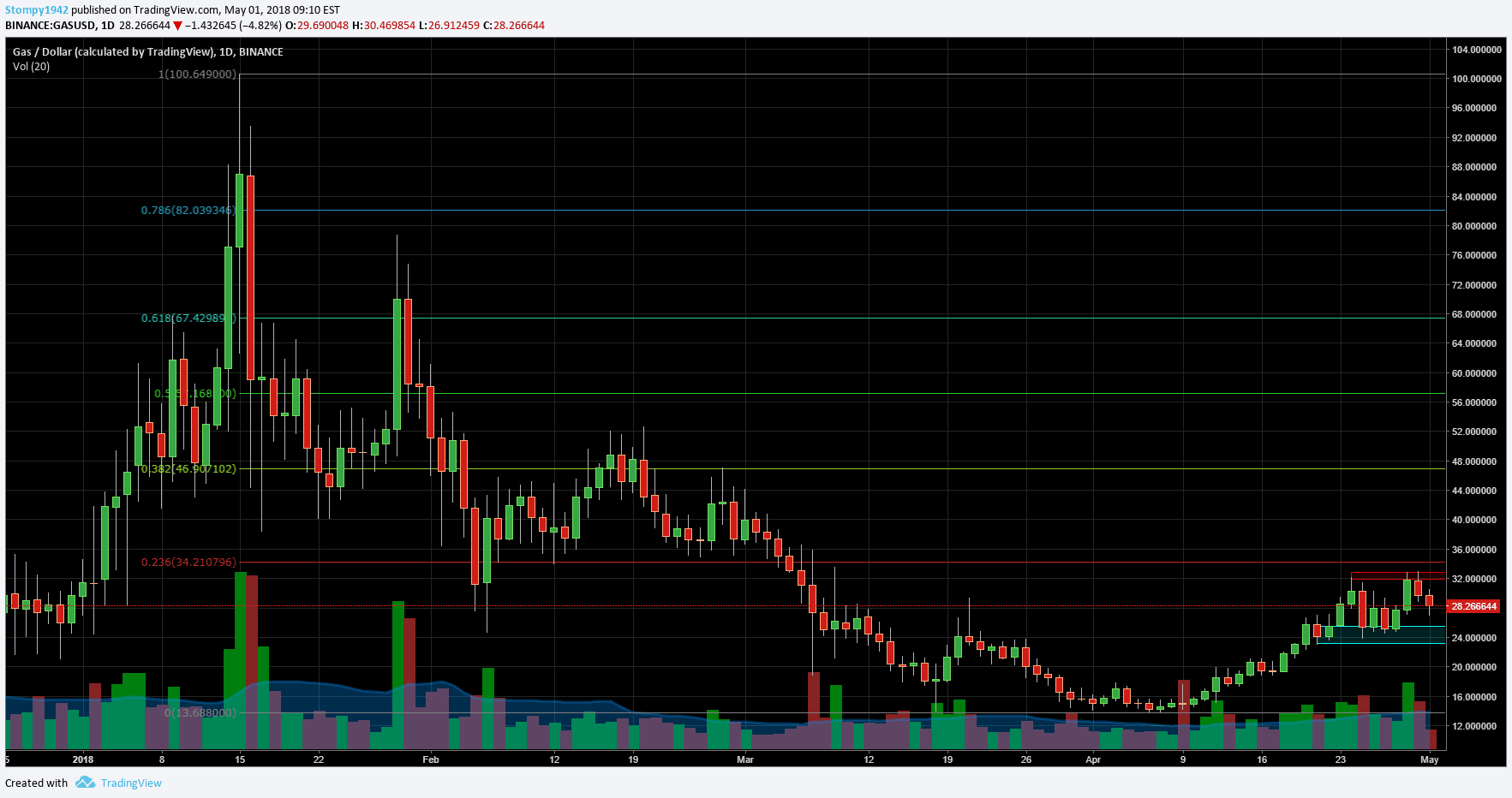 Against Bitcoin trend rising from the beginning of April, it stopped at resistance levels around 0.3535 BTC and traded around 0.0031 BTC with fragile support around 0.003 BTC. 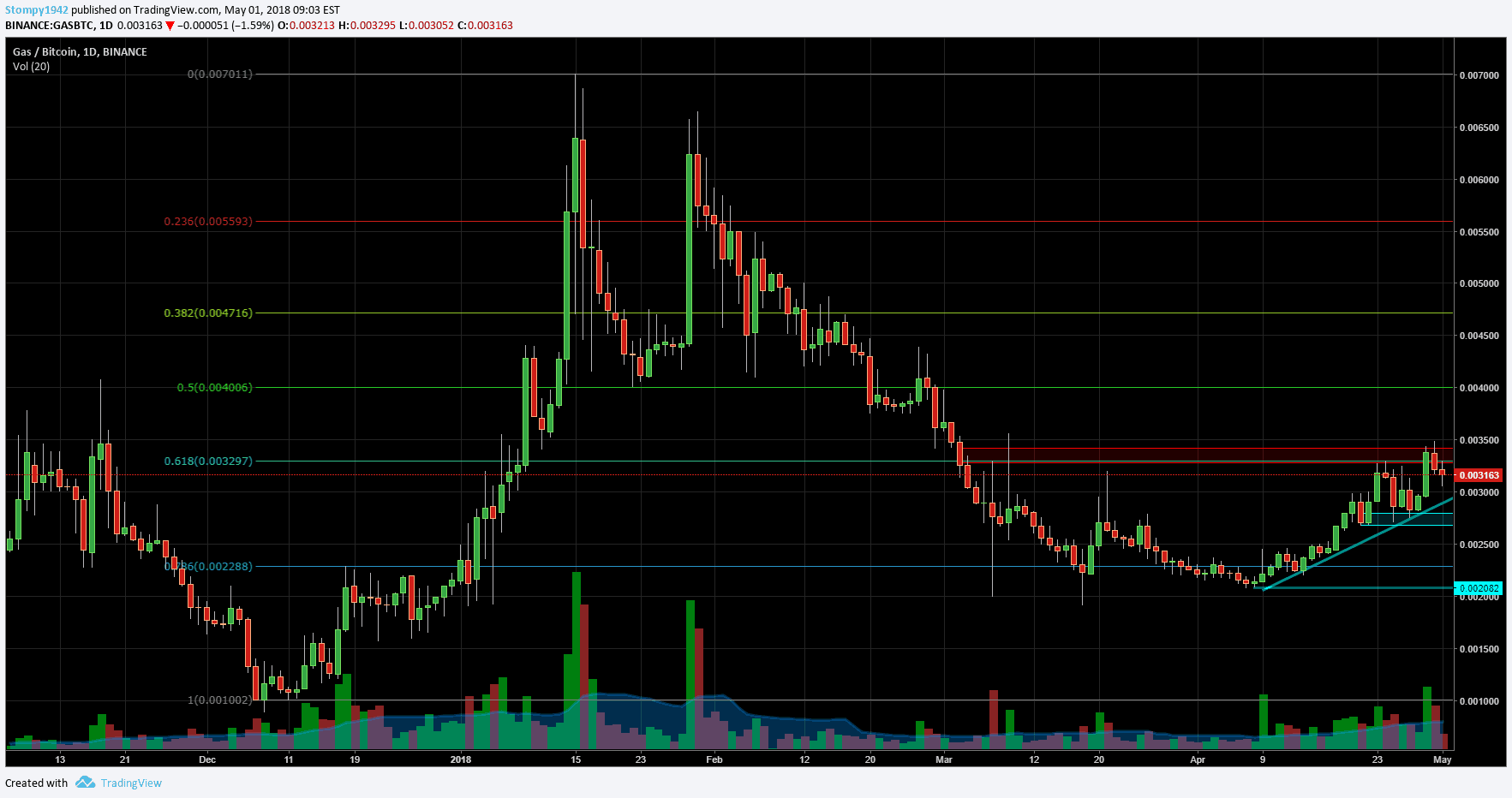 The post Market Update Report May.1 appeared first on CryptoPotato.