A relatively stable week passed over the crypto market with the end of the downtrend showing us stabilization in the market . Although it is still difficult to point towards the changing trends, the market is quietly whispering that we may be approaching the floor for this period. Bitcoin’s dominance against the alternative coin market continues to be absolute and stands at 55% in favor of Bitcoin, as of the update date. However, this is a decline of a percentage from the previous week, which is another figure that indicates towards the balance in a market of halts. The size of the crypto market is still relatively stable at around $200 billion (as well as volume trading). Although the volume of trading has recently stabilized, it is still significantly lower than we saw at the end of 2017. But with it beginning to stabilize, it is certainly a significant factor for the short-term traders. In addition, there is a drop in demand for Bitcoin compared to the beginning of the year. The rate does appear to be holding up, indicating strong confidence in the long term, and considering the expected developments in the foreseeable future, such as the Lightning network promises, ETF approval etc.

In the alternative coin arena we saw a week that started badly but continues to improve. In the last few days a large part of the Alts began to change direction with their rates being painted green. It is important to note that many times the gains can be a bull trap and this is not a clear trend change. At this stage these uptrends should be considered very carefully as part of the volatility that characterizes these markets.

In conclusion, we still stand in our position that the entire market is still in the process of correcting the hype of the end of 2017 as part of its maturing process. Also, the fact that bitcoin and the market as a whole still raise great interest (despite the significant declines) are evidence that they are here to stay despite those who wish them to fail. As international regulation slowly begins to clear up, and once we have reached sufficient clarity, we can be smarter about forecasts of the future of the market. Until then, we are vultures with the belief that it is a question of time until the next wave arrives. 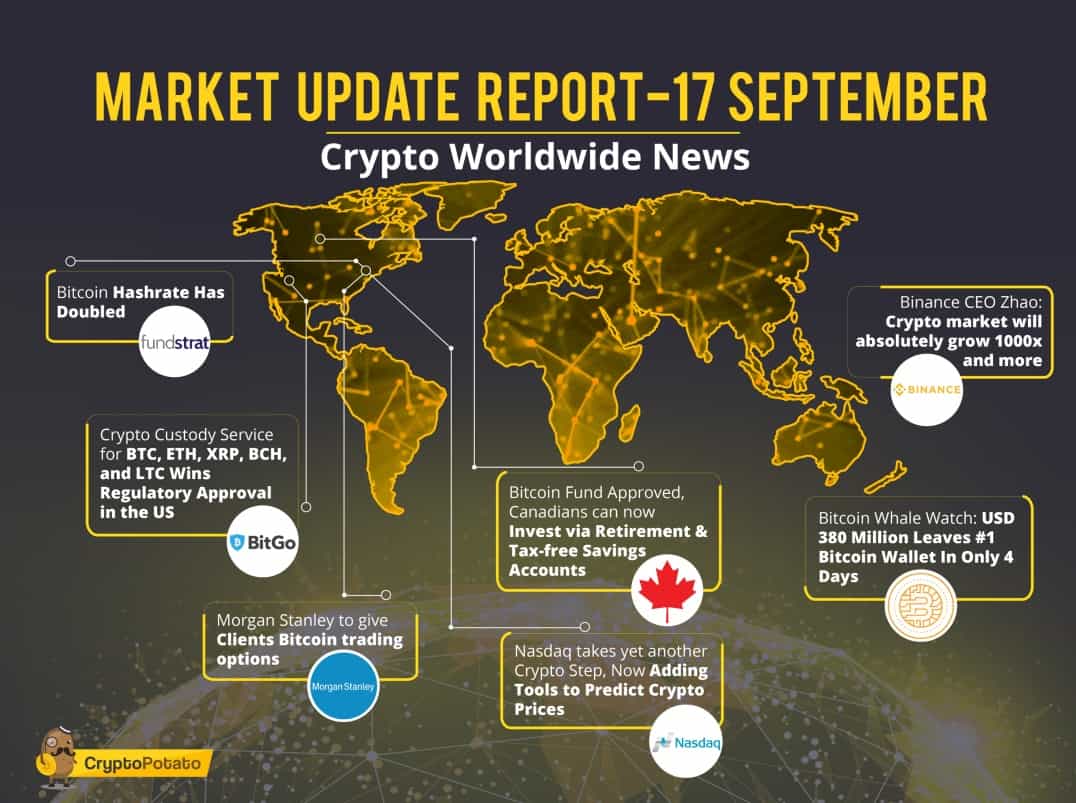 Bitcoin Hashrate Has Doubled. Behind the bitcoin market, Fundstrat analysts have revealed in a recent report, that hash rates of the top cryptocurrency have doubled since May, from ~28 quadrillion hashes per second (EH/s) to approximately 57 EH/s as it is today.

Crypto Custody Service for Bitcoin, Ethereum, XRP, Bitcoin Cash, and Litecoin Wins Regulatory Approval in the US. The approval of BitGo will attract large investment into crypto as a regulated custodian service provider. The firm is a pioneer of multi-signature technology and now boast a Custody offering backed by South Dakota regulators at the Division of Banking.

Binance Ceo Zhao – Crypto Market Will Absolutely Grow 1000x And More. The cryptocurrency markets have the potential to grow more than the traditional financial markets in the coming years according to the Binance boss. A 1000x growth is definitely possible in his opinion which varies from that of Ethereum Founder, Vitalik Buterin.

Morgan Stanley To Give Clients Bitcoin Trading Options. New reports have revealed that the multinational investment bank is preparing bitcoin swapping options for its clients. The facts suggest that the news is more than just a rumor and something may be cooking for investors who want a “synthetic exposure” to bitcoin.

Bitcoin Fund Approved, Canadians can now Invest via Retirement & Tax-free Savings Accounts. While the SEC continues to weigh up how to deal with bitcoin, the Ontario Securities Commission has granted First Block Capital’s Bitcoin Fund the status of a mutual fund. This allows the unit holders of the fund to put their units in a self-directed registered account like a TFSA and RRSP.

Nasdaq takes yet another Crypto Step, Now Adding Tools to Predict Crypto Prices. The task of analyzing and forecasting crypto growth will be made easier as soon as the Stock Exchange add tools for forecasting the price movements of crypto assets to its Analytics Hub. Plans to do this is already in place according to sources.

Bitcoin Whale Watch: USD 380 Million Leaves #1 Bitcoin Wallet In Only 4 Days. 58,550 bitcoins worth approximately USD 380 million is said to have left the biggest Bitcoin wallet in only 4 days. The wallet belongs to exchange, Bitfinex, even though the reason behind such movement of the asset is unknown.

The rate has stabilized since the previous correction and support was found around $6,100 in this range with trading around $6,450 and resistance at $6,500 in the near term. 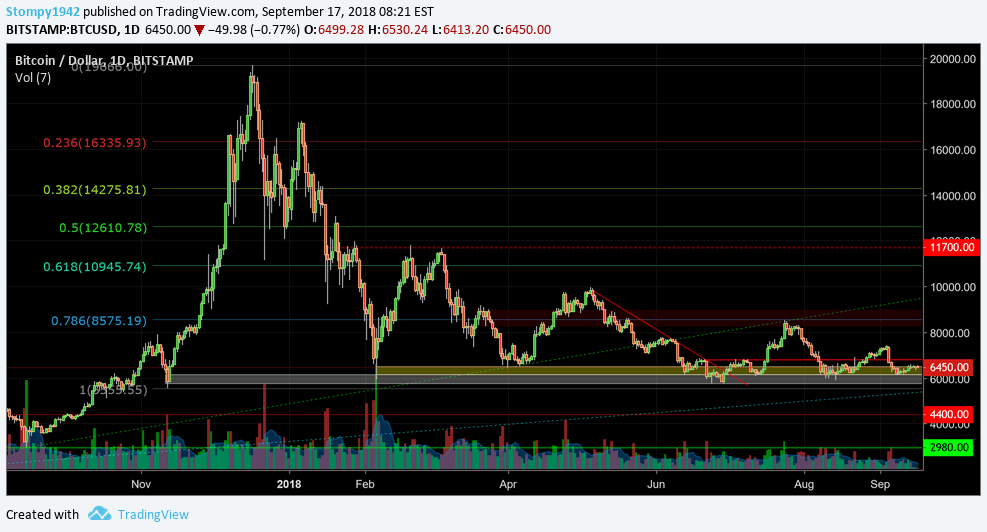 Against the dollar, we returned to the level of support we saw last time in September 2017. This means that all investors of 2018 suffer in tandem with Ether’s ship, which starts to sink and is trading around $218. The support is a bit daunting at $170 while resistance in this range is at $250. 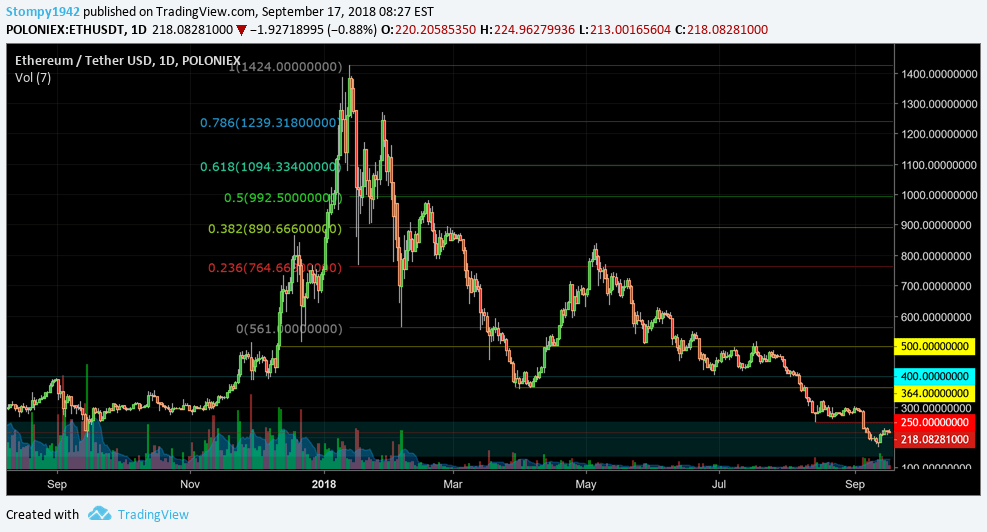 Against Bitcoin, we actually touched on the support that has been noted since March 2017. The rate touched 0.2626 BTC where we may have seen the floor trading at around 0.033 BTC with support in this range at -0.029 BTC. 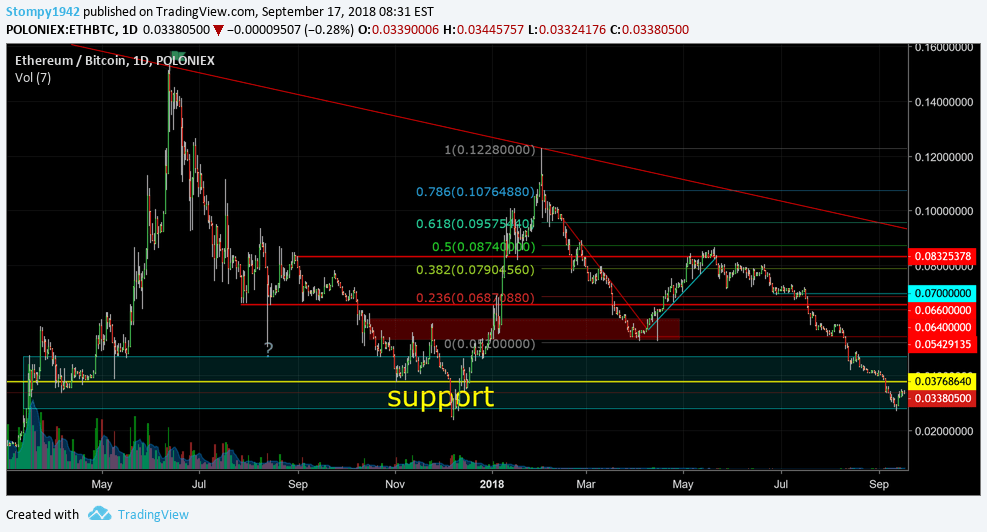 Against the dollar, we saw the rate scratching the $400 area. Maybe this support will also break? It traded around $443 and the resistance is around $470 which was the last support for this true range. 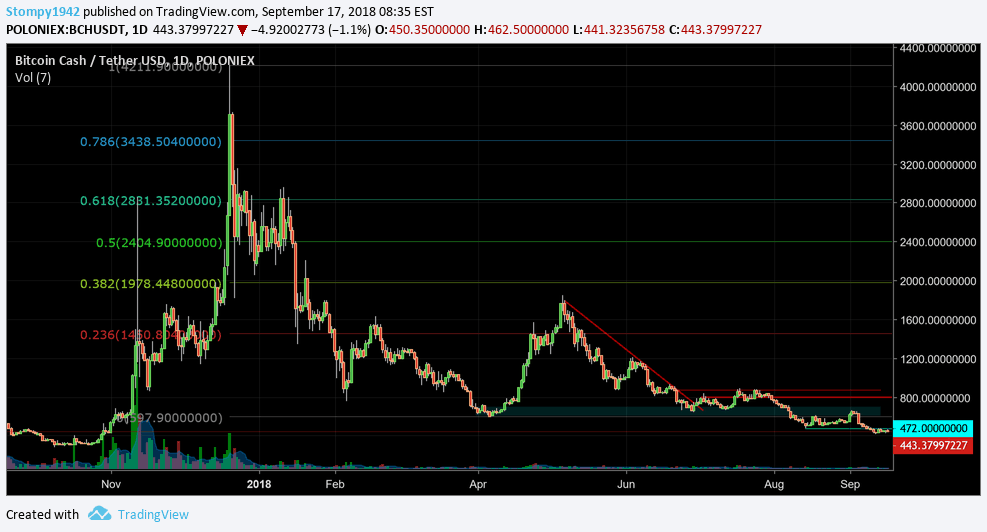 Against Bitcoin, as we reported last week, the floor is around 0.068 BTC. It should be tested as it did last week and touched 0.066 BTC, with trading near support prices of 0.068 BTC while resistance in this range is at 0.08 BTC. 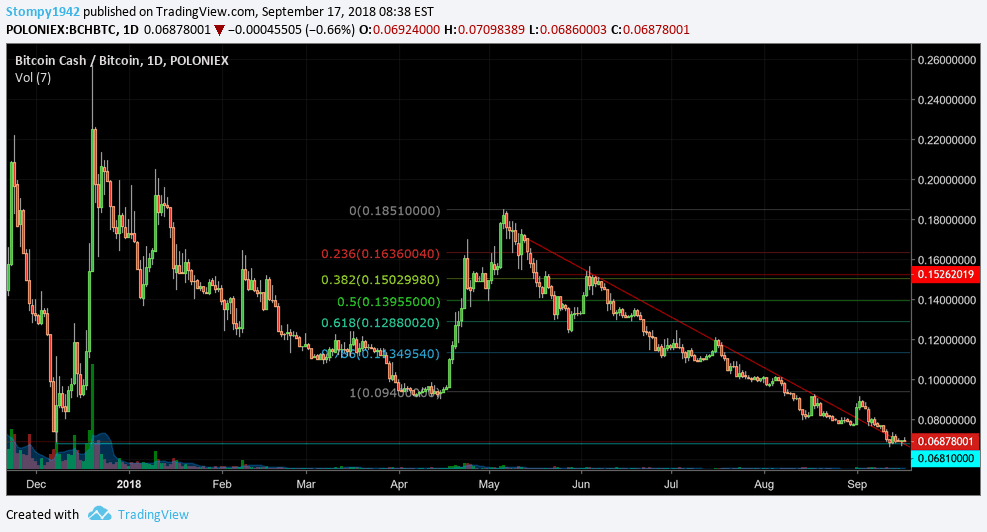 Against the dollar, the rate does not find a floor. We actually dropped to levels that marked floor levels. As of the summer of 2017, these levels around 3 digits will probably look at trading around $114. In this range ït will be at $100 if we break, and we will see two-digit resistance in this range at $130. 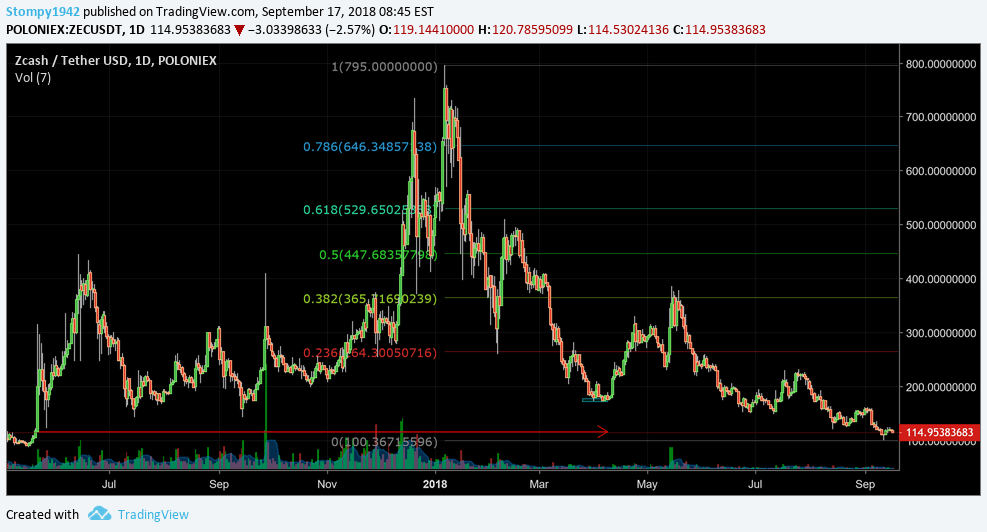 Against Bitcoin, we are close to the floor we saw last December. We have already touched on it and it is interesting whether it will hold. There was a fairly stable period in trading until the recent declines that are currently testing Zcash as to if there is enough demand to preserve the rate? It traded around 0.017 BTC. The support which is also in this range can slip slightly to 0.016 BTC. There seems to be a demand in this resistance range at -0.02 BTC.