The crypto markets have been relatively stable this weekendת with little fluctuations in prices.

Even though Bitcoin’s price is around the $6500 mark, there is no sign that a further decline is expected soon. At press time, the price of the top coin is around $6478 on BitFinex, while ETH hovers around $216. 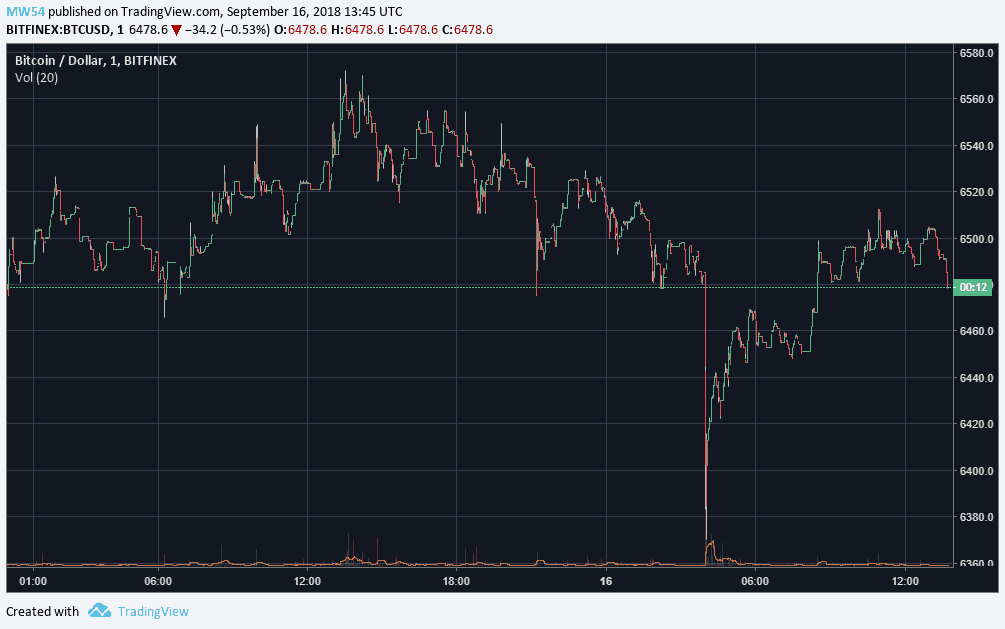 Blockchain technology looks set to play an important role to save the future environment with the WEF also proposing a strategy for implementing such projects. Read more here.

Call it bullish or not, while speaking at the DealStreetAsia PE-VC Summit 2018, venture capitalist, Tim Draper mentioned that he expects the above amount of growth to happen in just 15 years. Read more here.

Vibe (VIBE) entered the new week as the most significant gainer, with over 80% increase in its value over the past 24 hours. VIBE is becoming relevant as the project team prepares to release their AR and VR facility for VR compatible devices before the end of the year, according to their roadmap. This release would be accessible to users within the next three months.

At the time of writing, each VIBE token trades at $0.0599 with a market cap of above $12 million and a volume more than $9.5 million. With VIBE’s AR and VR concept, and the team’s ambition, the value of the token has a substantial room for growth which would ultimately boost the total crypto markets cap.

X8X Token (X8X) is a significant gainer in the crypto markets in the last trading day. The token had steadily gained momentum over the last seven days, and a 45.55% increase in value within the last 24 hours boosted X8X’s market cap to over $2.6 million with a trading volume of around 107k. At the time of writing, the token trades around $0.043.

It was a gloomy day for Mindexcoin (MIC), as the token saw a massive 66.41% slump in the last 24 hours. In the early hours of the previous trading session, MIC traded as high as $0.23 but ended the day with a sharp decline. With a market cap of less than a million dollar and a trading volume of $105K, Mindexcoin currently values at $0.07.

Bitcoin Price Might Drop To $6,000, But There Is Good News
What are Stable Coins? The Complete Guide
Winz.io Ditches Bonus Wagering Requirements in Bid to Change the Gambling Market
Bitcoin Price Analysis Jan.24: Attempting To Break Up With No Volume
PAID Network Will Launch Its IDO on Polkastarter on January 20th
Craig Wright Says That Early Bitcoin Developer Co-Founded Silk Road Dark Market
Last Resort? Venezuela Closes UN Deal to Buy Food With Its Gold Reserve in UK Bank
Litecoin Price Analysis: LTC On The Bounce Against BTC – Can We Reach $80?