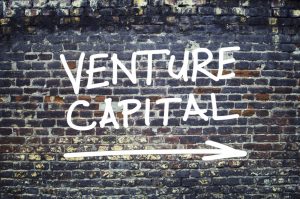 We’ll get to the great bitcoin rally later in the News Fix. But let’s start in the pre-IPO world, where our own Andy Gordon explained this week why the big checks that venture capital firms like SoftBank write are not good for startups (Early Investing).

Yuchun Lee is a veteran entrepreneur. He sold his previous company, Unica, to IBM for nearly $500 million in 2010. He is now the CEO of another startup, Allego, and he’s been turning down big checks from VC firms that want to back his sales coaching platform (Business Insider via Insider).

Lee argues that big checks from VCs ruin focus and keep startups from getting the most out of employees. He also says accepting big VC money starts an “artificial timeline” because investors want to see their returns quickly.

According to Business Insider, he has accepted just one VC check for $7.5 million – and he doesn’t really plan on using it. He says the VC firm that’s backing his company, General Catalyst, can open doors for him in the marketplace. And that’s far more valuable to him than the money.

Somewhere, the vacationing Andy is smiling. Now on to the News Fix!

The startup that begins working out of the founder’s garage is this century’s “rags to riches” story. Unfortunately for startups, the tight real estate market in startup hubs means they’re going to have to spend more time in garages than they’d like (WBUR). The demand for startup space in places like Boston is so high, many new businesses can’t afford offices.

That, combined with the fact that more venture capital companies are investing in startups later in the process (because they want to see some results), leaves startups searching for cheaper digs – or staying in garages.

Things are just getting worse in Venezuela. A new International Monetary Fund analysis suggests Venezuela’s inflation rate could hit 1 million percent by the end of the year. That’s just disastrous. Generations of wealth have been destroyed. And the outlook is grim. From The Washington Post:

The country may be running out of options, however. Inflation is so high that Venezuelans are abandoning their nation in droves. An estimated 2 million are expected to exit this year, bringing to 3.8 million the total who have left since 2016. A week ago, dishwasher soap cost 3.8 million bolívares; today, it’s 4.9 million. A kilogram of chicken – or 2.2 pounds – cost 3.3 million last week; today, it’s 4.2 million.

Many Venezuelans have turned to cryptocurrencies to preserve whatever wealth they have left (Quartz). It’s an important reminder that many people don’t have the luxury of “arguing” about cryptocurrencies. For them, it’s a necessity in life – one of the few options they have to preserve their wealth.

For part of the week, bitcoin was trading above $8,000 (CoinMarketCap). A variety of factors drove this latest price surge. The G-20 decided to take no action on bitcoin – a classic “no news is good news” scenario (Fortune).

The CFA Institute, which trains thousands of finance professionals, is adding crypto to its exams and curriculum (Bloomberg). The CFA is known for being conservative in its approach to adding new subjects. The addition of cryptocurrency training suggests that CFA believes crypto is here to stay.

Facebook and Google have given Coinbase permission to advertise on their ad networks again. That gives Coinbase and cryptocurrencies a giant boost in visibility and legitimacy (CryptoGlobe). The popular crypto exchange also landed a $20 billion client (Bitcoin.com) and launched its own political action committee in an effort to influence cryptocurrency legislation and regulation (Bitsonline).

Bitcoin prices slipped back below $8,000 when the SEC rejected the Bats BZX bitcoin ETF proposal by the Winklevoss twins (CCN). In rejecting the ETF proposal, the SEC was careful to note it did not oppose all bitcoin ETFs – just this one in particular (SEC).

In its ruling, the SEC was not convinced that the proposed ETF would be resistant to manipulation, deter fraud and manipulation or protect investors and the public interest. ETF applicants, take note: You now have a road map. The Winklevoss twins are the founders of the Gemini crypto exchange.

I’m one of those annoying people who doesn’t go anywhere without headphones. From podcasts to music, I’m always listening to something on my phone. Now, a new startup named SoundFi wants to start delivering “3-D” sound from movies to my headphones. SoundFi is launching its new app in Los Angeles and Scottsdale, Arizona.

The Equalizer 2 is the first movie to test the new sound delivery system, which is designed to make moviegoers feel like they’re in the middle of the action. The company raised $3 million in an early funding round and another $2.2 million after a successful debut at CES this year (VentureBeat). We’ll keep an eye out for future investing opportunities.

How To Deal With Crazy-High Startup Valuations

Are Passive Funds a Threat to the Market?

DMG’s New Crypto Mining Facility Will Be One of the Largest in North Amer...
Scroll to top