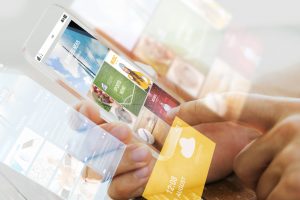 Welcome to a special back to school edition of the News Fix! We’ve been on the road looking for new investment opportunities, so we’re changing up the look and feel of this week’s Fix. In honor of school starting up again (not to mention traffic getting worse and temperatures dropping), we’re presenting this week’s headlines (and weekend reading) syllabus style.

For each topic we cover, the news has been divided into must reads, quick reads and fun reads.

Marijuana industry cranking up the lobbying efforts: You know an industry is achieving legitimacy when Washington politicians and lobbyists are willing to take large amounts of money from it. And it looks like the marijuana industry has reached that tipping point. It has spent $2 million so far this year on lobbying the federal government. The Cannabis Trade Federation ($482,500), Curaleaf ($400,000) and Surterra ($240,000) lead the way in spending (Marijuana Business Daily).

Connecticut not likely to legalize marijuana this year (Hartford Courant)

WeWork’s IPO is officially a hot mess: Okay. CNBC didn’t actually say that. The Fix did. But it’s true. WeWork has been trying to go public this year despite the fact that it lost $900 million in the first six months of 2019. In its last fundraising round, WeWork was valued at $47 billion. But as it’s getting ready to go public, the company is being valued at $25 billion. And CNBC is reporting that even at that value, there isn’t much demand for WeWork shares. The IPO is in danger of being canceled. And SoftBank, which invested $5 billion in primary growth capital in WeWork at the $47 billion valuation, is not a happy camper (Bloomberg).

The 28 best startups to work for, according to LinkedIn (Business Insider)

Binance stablecoin approved by New York regulators: The world’s largest crypto exchange by volume is getting into the stablecoin business. This week, it launched Binance USD (BUSD), a stablecoin backed by U.S. dollars. For every BUSD in circulation, a dollar will be held in reserve. What’s truly impressive about this launch, though, is that New York regulators have given BUSD the stamp of approval (CoinDesk).

And finally, Coinbase is allowing its members to donate bitcoin to help victims of Hurricane Dorian (Yahoo Finance).

Ethereum Hard Fork: How Important Is Backwards Compatibility? As Protests In Hong Kong Rage On, Is Bitcoin Really A Safe Alternative For ...
Scroll to top