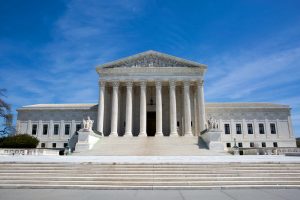 It’s been a historic week for bitcoin. The Supreme Court mentioned bitcoin for the first time in one of its opinions (CCN). And that’s just the beginning of the notable events…

One of the best airports in the world, Amsterdam’s Schiphol Airport, installed a two-way bitcoin ATM (CCN). That means you can sell bitcoin for cash or buy bitcoin with those leftover euros from your trip to Amsterdam. The head of Goldman Sachs said it would be “too arrogant” to dismiss bitcoin’s potential (CNBC). A grammy-winning musician just launched a cryptocurrency that he hopes will build and sustain a real-life “Wakanda” (The Verge). And for reasons that nobody is sure about, Americans have stopped drinking frappuccinos (CNN).

But those aren’t even the biggest stories of the week. Now, on to the News Fix.

The good news is Bithumb handled the hack well. The exchange halted withdrawals as soon as the hack was discovered and moved all coins from “hot wallets” into cold storage (cold storage is the crypto version of an unbreakable safe). It also refunded any money investors lost out of its reserves (CNBC). That’s exactly what an exchange should do when it’s hacked. But the real issue is security. Hackers have decided exchanges are rich targets without enough security, and they’re going after them. Now it’s up to the exchanges to rise to the challenge and keep their assets safe.

At this point in the News Fix, you must be wondering why cryptocurrency exchanges getting a license to operate in New York is such a big deal. There are two key reasons:

That’s why payments giant Square is feeling pretty good about (bitcoin) life right now. New York granted Square a BitLicense, which allows investors in New York (and other states that choose to allow it) to buy and sell bitcoin on Square’s platform (CNBC).

And in case you’re wondering why Square is moving into bitcoin, the answer is pretty simple. Square CEO Jack Dorsey loves bitcoin and believes in its future (Quartz).

One of the challenges to investing in pre-IPO startups is finding companies to invest in. That’s because there are so many platforms startups can now use to raise money.

Startups like Newchip are helping address this problem. The company aggregates data from the different crowdfunding platforms like SeedInvest and CrowdStreet and puts it in one place for investors to review. (Or you can just use our First Stage Investor service to identify startups that are really worth investing in.)

Newchip just raised $2 million in a seed round (AustinInno).

And that’s your News Fix. Have a great weekend!

The “Why” of Bitcoin and Cryptocurrency

A New World for Startups? My Five Intrepid Predictions for 2018

Crypto Offers Alternative to the Unbanked