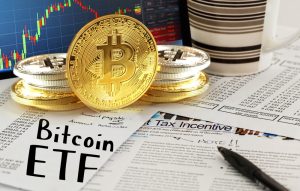 We’re in the longest bull market run in American history (AP via Chicago Tribune). The economy and stock market have bounced back from the 2008 recession. And the jobs market has tightened to the point where, earlier this summer, there were more open jobs available than people looking for jobs (CNBC). The only thing that hasn’t bounced back? Wages. As we reported last month, wages have been growing at a tepid rate of 2.7%. And whatever gains workers have seen have been wiped out by inflation, which is at 2.9% (Early Investing).

That’s not how this is supposed to work. When the job market tightens, wages are supposed to rise. In theory, it’s simple supply and demand. With more available jobs than workers, people should be able to demand and get higher salaries. But that’s not happening right now.

Bloomberg tried to crack this nut this week in a terrific piece where it interviewed employers from different sectors of the economy. What it found was there are some systemic problems that need to be overcome or solved in order for wages to go up (Bloomberg). Solving these problems can’t be the whole answer because the issues identified are very sector-specific. But it’s worth reading because it will change the way you think about the employment numbers.

So why are we paying so much attention to this (other than our being the good citizens we are)?

Because it’s important for people investing in pre-IPO startups and the crypto space to understand just how this impacts them.

Let’s start with the most direct link to our investments: talent acquisition. One of the goals of most startups is to keep costs as low as possible. From bootstrapping to remaining laser-focused on a goal or sector, there are a variety of ways to stay disciplined and keep costs low. But even the best startups need people to do the work. And the better a startup does, the more people it needs. The fact that wages are not rising is beneficial to startups. It helps keep costs down. Combine that with a hot economy and you get a pretty good startup environment.

But will wages go up? We don’t know. Something weird is happening. But we’re trying to figure it out. Because it can affect how you think about certain companies.

We’re also trying to puzzle this out for another reason. It’s a mystery; an unexplained phenomenon. It’s part of the reason we like investing in crypto. Crypto isn’t a mystery. But there’s still so much to learn and unwrap in terms of market behavior. We’ve learned quite a bit over the past few years, and we’re continuing to learn even more today.

If we can figure out what’s going on with the labor market and wages, maybe we’ll learn something that can help us with future investments. Maybe we’ll see the characteristics of this weird supply and demand anomaly pop up in crypto – or someplace else. And we’ll know what’s causing it.

But even if we don’t see it in other places, we’ll have the satisfaction of knowing we solved an economic mystery. Now, to the News Fix!

Bitcoin ETFs Rise From the Dead

On Wednesday, the SEC rejected nine bitcoin ETF proposals. A day later, the SEC delayed that order. So what happened? That’s a bit of a mystery. The only thing we know for sure is Hester Peirce stepped in (ETF.com).

Peirce’s name should be familiar to you by now. She’s an SEC commissioner. And in July, she dissented sharply from the SEC’s decision to reject a previous bitcoin ETF proposal (Early Investing). Here’s some of what she had to say:

This week, Peirce mildly rebuked the professional staff of the SEC, which decided to deny the ETF applications.

Peirce took to Twitter to announce a stay on the SEC’s decision.

“The Commission (Chairman and Commissioners) delegates some tasks to its staff,” Peirce wrote. “When the staff acts in such cases, it acts on behalf of the Commission. The Commission may review the staff’s action, as will now happen here.”

So what happens next? We’re in uncharted territory here, so it’s tough to tell. Stays, like the one the SEC issued this week, are rare. We know for certain that Peirce’s frustration level over the SEC rejecting bitcoin ETFs is rising. And she’s going public with it. We also know that the SEC hasn’t been able to reach a consensus on this issue.

Peirce is betting that by going public with her frustrations, she can speed up the process. She’s probably right.

The News Fix is a sucker for stories about moms. When you get moms investing in crypto? Jackpot.

These moms decided to try investing in crypto. They haven’t made any money yet. But that’s OK, according to Tiffany Britt, who organized the investing group (The Week).

[Britt] says the idea wasn’t necessarily to “make money” but to become literate in an emerging field. “I think the goal was that if [all the moms who invested] had a little bit of skin in the game, we could individually do research and post what we learned in [the group],” Britt explained.

That’s the right attitude to approach crypto with. The gains will come. But learning about this new market is the key.

Why Is Buffett Lashing Out at Bitcoin?

Wendy McElroy: The Key to the Crypto Revolution’s Success is Overlooked
Scroll to top