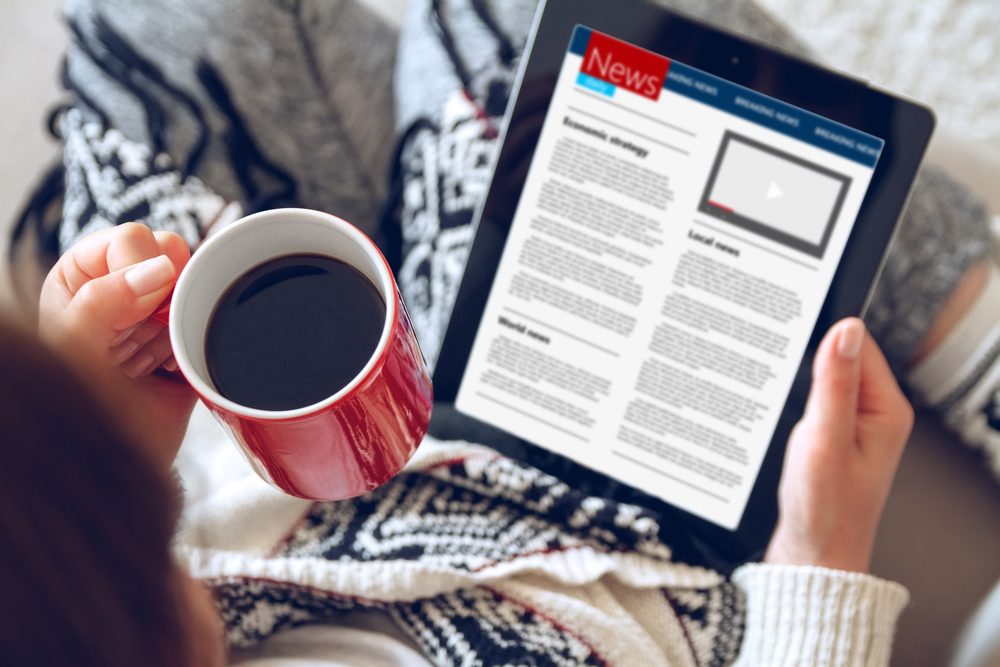 This week, a lot of people received text messages. That’s not unusual. Billions of messages are sent in the U.S. on a daily basis according to a wireless industry trade association (SMSEagle). What is unusual is many of these messages were sent on Valentine’s Day.

A glitch in the text messaging system prevented the delivery of lots (we’re still not sure of the exact number) of messages sent on Valentine’s Day. The senders didn’t know about the delay. The recipients didn’t know. And apparently, neither did the phone companies.

For better or worse, we now rely on text messaging to communicate. The fact that something like this could happen without anyone knowing is a bit disconcerting.

Hopefully, a combination of new network technology (5G) and new software will prevent this from happening again. But the next time someone swears they didn’t get your text message, you might want to give them the benefit of the doubt. It’s entirely possible they’re telling the truth.

New York hemp farmers get a boost: The hemp industry looks like it has friends in Albany, New York. New rules in the state will allow medical marijuana companies to buy hemp and hemp-based CBD extracts directly from hemp farmers. Previously, the medical marijuana firms had to grow their own stock, which raised costs (Democrat & Chronicle).

CBD can lead to positive marijuana tests: If you have to regularly pass drug tests, you might want to think twice before consuming CBD (even if it’s legal in your state). That’s because, depending on the CBD product you consume, you might test positive for marijuana. Researchers at Johns Hopkins ran a test on six patients (yes, that’s a ridiculously small sample size, but still…). And they found that when they administered pure CBD with no THC in it, none of the patients tested positive for marijuana. But when THC was present (0.39% concentration), two out of the six patients tested positive (Forbes). CBD products with 0.39% THC are fairly common in the market, according to the researchers.

Marcus says bitcoin isn’t a currency: The head of Facebook’s Libra crypto project, David Marcus, told The New York Times DealBook Conference that he thinks of bitcoin as an investment like gold instead of as a currency (CNBC).

“I don’t think of bitcoin as a currency. It’s actually not a great medium of exchange because of its volatility,” Marcus said. “I see it as digital gold.”

Now, it’s a bit convenient for Marcus to make this point. After all, he is creating a crypto that is focused exclusively on payments. But he does have a point.

Right now, bitcoin is in a weird undefined state. It currently functions better as an asset to invest in. But it’s designed to be a currency, and it’s making strides on a daily basis to become that. So how are we supposed to think about bitcoin?

Okay. Marcus didn’t say all of that. The Fix did. But the point remains. Bitcoin is evolving. And what it is today isn’t necessarily what it will be tomorrow.

I’m not sure why we have to keep explaining why it’s NOT OKAY to spoil certain plot points, but here we go again: If you’re talking about a horror movie, thriller or popular TV show, do NOT reveal plot twists and things that might spoil it for others (IndieWire). That’s just rude.

News Fix: Bitcoin, Gold and Cannabis Take Their Turn in the Spotlight

Why Big Budgets Can Lead to Low Returns

For Initial Exchange Offerings, Liquidity is King What to Expect From the Next Bitcoin Cash Protocol Upgrade
Scroll to top