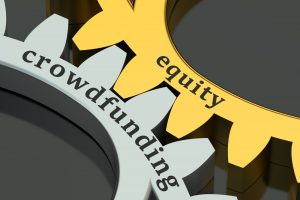 This week’s News Fix scores high on the irony scale. An equity crowdfunding platform helps a venture capital firm raise money. The ATM – which was designed to dispense fiat currency – is helping fuel bitcoin’s growth. A banking agreement is helping an exchange that deals in decentralized digital assets. And gold is struggling in what should be, well, a golden era for it.

It doesn’t get more ironic than that. Now, on to the News Fix.

Several founders (52 of them, actually) from companies that Seedcamp had funded used Seedrs to invest in the fund that backed them. Isn’t that a little incestuous? Yes. But that’s the nature of the investment community to a certain degree.

What’s more interesting is that a VC firm turned to crowdfunding in the first place. Not that long ago, crowdfunding was sitting at the little kids’ table. Now it’s on equal footing. Even governments are starting to use it…

In an effort to pay off its national debt, the Malaysian government has turned to crowdfunding. It’s set up a fund where people can contribute directly to paying down the debt (Reuters).

The Malaysian government claims it’s trying to cut down on spending. But turning to crowdfunding to help doesn’t exactly show confidence in that effort. And the incentive to donate to this fund – beyond patriotism – is unclear. Official Fix prediction: This won’t help much.

Bitcoin ATMs Are Popping Up Everywhere

Prague is the latest city to install bitcoin ATMs – machines that let you buy and sell bitcoin and other cryptocurrencies. The bitcoin ATMs in Prague are located in subway stations. (CNBC)

The rapid growth of bitcoin ATMs is both encouraging and deliciously ironic. The growth indicates cryptocurrencies are gaining mainstream acceptance. The fact that acceptance is coming through machines that were traditionally used to distribute fiat currency to the masses – well, that’s just hilarious.

Cryptocurrencies were created as an alternative to the current financial (and regulatory system). But now, the very success of cryptocurrencies depends on thriving inside the existing system – not outside of it. How’s that for irony? Bittrex took another step toward the establishment this week when it reached an agreement with Signature Bank (Bloomberg).

The agreement will allow corporate clients in New York, Montana, Washington and California to buy bitcoin, tether and TrueUSD.

Gold – especially in comparison to cryptos – is supposed to be fairly predictable. When the sky is falling, like it did this week with the economic turmoil in Europe and trade tensions roiling the markets, the price of gold usually rises. But not this week. Instead, it’s been hovering around the $1,300 mark while money has flowed into U.S. Treasurys. (Bloomberg)

So the next time someone complains that the price of bitcoin makes no sense, just tell them the price of gold also makes little sense, and it doesn’t seem to bother anyone.

That’s your News Fix. Have a great weekend!

Wendy McElroy: Crypto and the Impossibility of Knowledge in Planning
Scroll to top