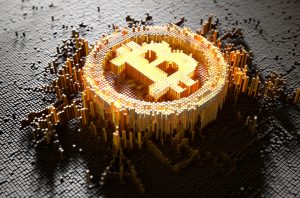 Disintermediation. It’s an interesting word. It essentially means “cutting out the middleman.”

It also describes much of the world around us (including crypto) at this particular moment.

Consider Brett McMurphy. If you’ve never heard of him, that’s OK. He’s one of the best college football reporters around. And he was fired by ESPN in April of last year in a massive round of layoffs.

McMurphy is under contract until the middle of this month. He could have sat around and done nothing. He still would have been paid. Instead, he decided to continue reporting and breaking news. He just posted everything to Facebook and Twitter.

This week, McMurphy broke the story that Ohio State coach Urban Meyer might have known about an assistant coach engaging in domestic violence. At the very least, McMurphy showed that Meyer’s wife knew about the alleged abuse.

After breaking the news on Facebook, McMurphy appeared on ESPN and several other news outlets to discuss his story. The irony is rich. But more important is the fact that McMurphy didn’t need ESPN to break the news. He was able to take this story directly to the people. He cut out the giant middleman.

That’s exactly what cryptocurrency and blockchain technology does. It cuts out the middleman. It allows you to transfer value and assets digitally – without going through a third party. That’s why banks like Citibank and JPMorgan are investing in blockchain technology. They don’t want to be where ESPN was this week – just plain out of the loop.

Mike Novogratz is bullish on bitcoin and cryptocurrencies. But he wishes the timing of his crypto merchant bank’s (Galaxy Digital) listing on Toronto’s TSX Venture Exchange could have been better (Bloomberg).

“If I knew what I know now, knew the crypto markets were going to swoon as much, and it was going to take so long, I might have stayed private for another year or so and then gone public,” Novogratz said in a TV interview with BNN Bloomberg in Toronto. “But I don’t think it’s a mistake.”

According to Bloomberg, the bank will trade virtual currencies, invest in related companies, manage investment funds and advise clients on deals.

Galaxy Digital’s stock dropped 20% after it was listed and reported a $103.3 million loss last quarter (CNBC).

British equity crowdfunding site Crowdcube (similar to SeedInvest and Wefunder) posted a record second quarter, with investors generating 47.4 million pounds in investments raised for 58 businesses. It also posted 1.46 million pounds in revenue, which is up 43% from the same period last year (City A.M.).

This is great news for early-stage investors. The more options that pre-IPO investors have (even if they’re complicated by cross-border issues), the better. And the more success that crowdfunding platforms have, the more likely they are to attract the next Uber or Google.

As you might have noticed, the News Fix is obsessed with the price of gold. It makes sense if you think about it. Crypto is often referred to as digital gold. So it makes a lot of sense for us to be interested in the behavior of “regular” gold as well.

Gold is down again this week (that’s four weeks in a row). But there are signs of a rebound. The dollar dipped after a weaker-than-expected jobs report. And an analyst suggests gold is “oversold” and due for a rebound (MarketWatch).

Will that happen or will gold continue to struggle? We don’t know. But we’ll continue to track that and investigate any correlation between digital gold (bitcoin) and the real thing.

Market/Product Fit Is Critical in Investing

Mailbag: The Logic Behind Lyft’s IPO, Investing in Precious Metals

The Daily: Cars and Pizzas for Crypto in Russia, Crypto Valley in South Kor...

Bears Capitalize on Uncertainty as Bitcoin Price Drops Below $7,300
Scroll to top