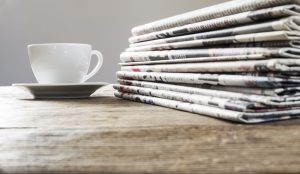 It’s time for us to have a conversation about something we rarely talk about – making websites more accessible to people with hearing and sight disabilities. We know this is important to many of you because you’ve written to us about it.

Like many online businesses, we’re adding more video to our Early Investing site. But video presents a problem for people with hearing disabilities. Unless the video is captioned, people who are hard of hearing can’t get the information we’re trying to give them.

We’re adjusting our production practices and schedules to ensure we’ll have captioning for future videos. It’s a work in progress, but it’s important. So we’re committed to making this happen.

This is an issue that extends well beyond the Early Investing family of sites. Consumers spent $517.36 billion on U.S. e-commerce sites in 2018 according to an Internet Retailer analysis of industry data and U.S. Commerce Department figures.

In fact, conducting business online is no longer an option for most Americans. It’s just a fact of life. The same is true when it comes to consuming information online. Yet there are no federal standards for ensuring people with hearing or sight disabilities can use the web or mobile phone apps.

That problem is currently working its way through the courts right now. Guillermo Robles, who is blind, is suing Domino’s because he was, on at least two occasions, unable to order pizza using either the Domino’s website or phone app. Robles believes that the Americans with Disabilities Act, which requires businesses to make accommodations for people with disabilities, should apply to websites and phone apps (CNBC).

A federal appeals court has already ruled in favor of Robles. Domino’s is appealing the ruling to the Supreme Court. And several business interests, including the Chamber of Commerce and the National Retail Federation, have submitted briefs supporting Domino’s. Their position is the Justice Department’s rules regarding accessibility are inconsistent and nonbinding.

E-commerce has been around long enough that the private sector should be trying to figure this out. Are there costs associated with making websites and apps more accessible? Yes. But making them accessible is the right thing to do. And if we can figure out autonomous driving, we should be able to figure out accessibility too.

U.S. Treasury Secretary Steven Mnuchin still mad at crypto: Mnuchin has been pretty salty recently. In fact, he can barely hide his disdain for bitcoin. “I can assure you I will personally not be loaded up on bitcoin” in 10 years, Mnuchin said on CNBC (Squawk Box via Twitter).

Mnuchin also suggested that the government will be issuing new regulations to police crypto (NewsBTC).

Morehead bullish on bitcoin: Pantera Capital CEO Dan Morehead believes bitcoin will hit $42,000 this year and $356,000 by 2022 (Cointelegraph). Early Investing Co-Founder Adam Sharp is pretty bullish on bitcoin too. He thinks it could hit $50,000 during this bull cycle.

Curaleaf shares fell more than 7% on the news. And CVS says it’s going to pull the products named in the letter off its shelves.

The FDA action highlights the need for clear government guidelines – and just how unprepared the FDA is to regulate CBD products. There’s a fair amount of evidence that suggests CBD can be used to safely treat a whole host of ailments. But right now, the FDA has said it is willing to “tolerate” CBD topicals only as long as no serious health claims are made in marketing it.

The FDA is “expediting” its regulation process for CBD and will issue a report this fall. But the Fix isn’t holding its breath. The FDA has made clear it doesn’t want any part of this process. And the report will likely reflect that attitude.

Michigan voters headed back to the ballot box: It looks like some Michiganders (yes, that’s what you call people from Michigan) are tired of seeing the will of the voters thwarted. The state voted to legalize recreational marijuana last year. But the ballot initiative allowed cities to “opt out,” meaning they could block the sale of pot in their communities. More than 500 Michigan communities have opted out so far. And voters are not happy. So they’re using city ballot initiatives to try to force cities to change their minds and permit marijuana sales (The Detroit News).

Pro tip from the Fix: The startup that solves this problem quickly and cheaply will make a ton of money.

Florida challenging court ruling: Florida has decided to appeal a court ruling that said requiring cannabis companies to be vertically integrated to operate in the state was unconstitutional (South Florida Sun Sentinel).

Forcing vertical integration is a pretty bad idea. There’s no reason to force all companies to grow, process, transport and sell marijuana. It creates an inefficient market with significant barriers to entry.

Microsoft and Dell tired of being second best in VC world: Did you know Microsoft and Dell operate their own venture capital (VC) firms? (Google does too.) It’s a smart play. Startups innovate in ways these corporate giants can’t. And it makes sense to invest in the future. But corporate VC firms have often struggled to keep up with traditional VC firms. Microsoft and Dell are determined to change that moving forward (CNBC).

Robinhood, the no-fee investing platform, just raised $323 million. That gives Robinhood a $7.6 billion valuation (Fortune). The Fix has no idea what Robinhood is going to do with the money. But we’ll be keeping an eye on a potential IPO.

The buzz and rumors have been building for a while. And even though the company is still losing money, just imagine how big the IPO could be if Robinhood customers could invest in Robinhood itself.