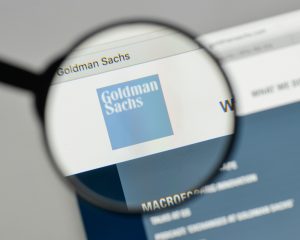 I was on an airplane last weekend. It was a long flight, so I decided to binge-watch Billions before catching a nap. I don’t subscribe to Showtime, so the only time I see Billions is when I’m on a plane. It’s one of the few things that make flying tolerable.

For those of you wondering, Billions is about an incredibly wealthy – but ethically challenged – billionaire (played by Damian Lewis) trying to outwit a U.S. attorney (played by Paul Giamatti) who is trying to bring him down. The writing and acting in this show is brilliant. It’s escapism at its finest. And it’s absolutely worth watching.

So imagine my surprise when, deep into my binge-watching session, crypto came up in a storyline. Now here’s the thing. Billions didn’t reference bitcoin. It referenced “crypto.” So why would a show like Billions not mention the one crypto most people know about?

There are a couple of possible reasons. It could be that saying “crypto” just sounds cooler than saying “bitcoin.” Or it could be a play at realism. The hedge fund manager played by Lewis (Bobby Axelrod) is the ultimate insider’s insider. He’s too cool to say just “bitcoin.” And he also probably knows that bitcoin is a terrible way to move money anonymously – especially if you’re already in the crosshairs of the Justice Department.

There’s a public record of all bitcoin transactions. That’s the whole point of blockchain technology – especially public blockchain technology. Investigators can actually use bitcoin’s digital trail to track down criminals. In fact, several industry experts explained this to Congress this summer.

Axe (as the hedge fund manager is known on the show) is the type of person who would know this. So he referenced crypto in general. If he’s as smart as he thinks he is, he’ll use a privacy coin (like dash or monero).

Yes, I realize that I’m talking about Axe like he’s a real person. But that’s the point. This show is so good that you just enter its universe. And the Billions universe now includes crypto. That’s a pretty important cultural milestone – even if it’s not a great use case. It’s a sign that crypto is going mainstream in ways we never could have imagined a few years ago. And that’s good for everyone in the crypto universe.

Now, to the News Fix!

So what’s actually going on here? The short answer is Goldman Sachs is being prudent.

IBM is already working with Maersk on a big blockchain project called TradeLens. TradeLens uses blockchain technology to cut through the red tape involved in global shipping (Early Investing). Now the computing giant is jumping into crypto in a big way with World Wire.

World Wire is IBM’s solution for clearing and settling global transactions. It’s built on the Stellar platform. And it says it can clear and settle cross-border payments in real time (CCN).

How does IBM clear transactions so quickly? It cuts out the middlemen. One of the dirty little secrets about processing global payments is that it involves lots of middlemen. That takes time and costs money. Eliminating the middlemen saves money and speeds up the process. This is a great use case for crypto. It directly connects the parties involved in the transaction and gets rid of the people standing between them. This is exactly what crypto and blockchain are designed for.

Tyler and Cameron Winklevoss, who operate the Gemini cryptocurrency exchange, have filed for a new patent. It’s for a method to “securely store digital assets” like bitcoin, ethereum, litecoin and ripple (CoinTelegraph).

There’s been plenty of talk recently about bitcoin ETFs. But how about a crowdfunding ETF? That might actually happen. Amplify ETFs has asked the SEC to approve an ETF based in part on equity crowdfunding (ETF.com). Equity crowdfunding gives retail investors like you and me a chance to invest in pre-IPO startups.

Looks like the rest of the world is finally starting to catch up to Early Investing.

Developing Battery Tech for the Future

Dogecoin Is Meant to be a Joke

How to Invest in an Overheated Market

Chart of the Week: Blockchain Tech Fueling a Driverless Future