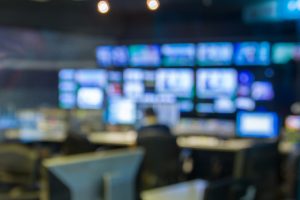 Do you remember the “browser wars” in the 1990s? It started when young upstart Netscape took the world by storm with its web browser.

At the time, Microsoft – with its Windows operating system – dominated the computing industry. It was a behemoth feared by all. Apple, IBM and HP were mere flecks in Microsoft’s rearview mirror.

Yet Microsoft knew that the web (and Netscape) represented an existential threat. It could be the only thing to drive Microsoft out of business.

So Microsoft pivoted. It embraced the internet and the web. And it created Internet Explorer. It was Microsoft’s bid to own access to the web.

Microsoft bundled Internet Explorer for free with its Windows operating system in an effort to crush Netscape and any other company that might have the temerity to launch its own browser.

The company’s efforts didn’t work. But they did define the competitive landscape for the better part of a decade.

Just like Microsoft more than 20 years ago, Facebook and Google have been hard at work trying to determine how they want to approach crypto – and the blockchain.

And this week, we learned more about their efforts.

The move, first reported by Cheddar, gives Facebook a talented crypto team that had been working on building smart contracts and a payment ecosystem (Cheddar).

Facebook didn’t get Chainspace’s technology. But Facebook doesn’t need the tech. It now has the talent and resources to build its own crypto ecosystem. And Facebook’s existing user base (2.32 billion monthly active users) could drive mainstream adoption. That makes Facebook a crypto force to be reckoned with.

Google, meanwhile, is entering crypto in typical Google fashion – by making it searchable. Google has uploaded the entire bitcoin and ethereum blockchains to its BigQuery cloud database and provided open-source tools to search it. It’s in the process of uploading litecoin, zcash, dash, bitcoin cash, ethereum classic and dogecoin to BigQuery. And independent programmers are uploading their own crypto datasets to BigQuery so they can search them (Forbes).

This is a remarkable development. One of the biggest regulatory issues facing crypto is market surveillance. But with the right programming or AI (artificial intelligence) in place, that problem can be solved. In fact, a Google developer has already spotted bitcoin cash being hoarded and autonomous agents moving ethereum around.

Google’s new foray into crypto has the potential to be transformational. And the entire crypto community should be on notice. Google and Facebook are playing for keeps. Everyone else needs to raise their game.

Speaking of MedMen, it’s been an interesting few months for James Parker. In the beginning of November, he was MedMen’s chief financial officer. In mid-November, MedMen announced his resignation. And by the end of January, Parker was suing MedMen for breaching its fiduciary responsibility to shareholders (Seeking Alpha).

A Florida judge has struck down a law that limits the number of medical marijuana facilities an operator can have (Orlando Sentinel).

And in Arizona, medical marijuana is legal – except when a county prosecutor says it isn’t (ABC15).

A few days later, he was stopped by police for a traffic violation. And when they discovered the wax in his car, they arrested him and charged him with possession of a narcotic. He faces a 10-year prison term if convicted.

Whether this Arizona man gets convicted depends on the Arizona Supreme Court. The court is hearing a similar case about an Arizona man currently serving time for the same “crime.”

The legal “argument” at play is that the medical marijuana law says only the plant form of marijuana can be used for medical purposes. All other forms are illegal.

It’s a technicality – one that ignores the fact that he purchased the wax legally. And even the state’s attorney general doesn’t want anything to do with this case.

But the conviction has already been upheld once. Here’s hoping the Arizona Supreme Court does the right thing and frees these men from this legal nightmare.

Spotify is betting big on podcasts. It just bought podcast startups Gimlet and Anchor to fortify its strategy. The two startups had raised about $43 million combined from venture capital funds (Fortune). Spotify spent about $230 million on Gimlet and wants to spend about $500 million this year on acquisitions (Recode).

And Jetty, a startup that sells rental insurance, just raised $25 million in a Series B funding round. The round was led by Keith Rabois from Khosla Ventures (The Real Deal).

Twitter CEO Jack Dorsey recently revealed that the only cryptocurrency he owns is bitcoin. Why bitcoin?

“Bitcoin is resilient,” Dorsey said on Twitter. “Bitcoin is principled. Bitcoin is native to internet ideals. And it’s a great brand” (Daily Hodl).

Stuck in a Bubble Again

The Daily: Cointelligence’s Exchange Rating System, Bithumb Launches OTC ... ‘This is the Next Dotcom’ – 95% of Cryptocurrencies ‘Useless,’ Says...
Scroll to top