Crypto Blog
You are here: Home / Crypto Blog / Bitcoin / News Fix: It Was Christmas in June for Bitcoin Investors This Week 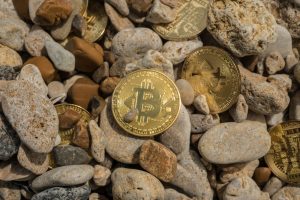 This was a good news week for bitcoin. And boy, did we need it. For the past few months, a steady stream of regulatory setbacks has drowned out any good news and driven the price of bitcoin down.

But this week, it was nothing but good news. Every day, there was a different story signaling that the long-term health of bitcoin is quite strong – and its short-term outlook is quite exciting. It almost made me break out in song. Now on to the News Fix.

Bitcoin Is Not a Security

For bitcoin bulls and enthusiasts, this week was like Christmas in June. Late Wednesday evening, SEC Chairman Jay Clayton went on television (CNBC) and declared bitcoin was not a security. You could almost hear the crypto world cheering the announcement.

This was the news bitcoin investors had been hoping for. Bitcoin, and coins like bitcoin that didn’t have an initial coin offering (ICO), are “replacements” for sovereign currencies. So the SEC will not regulate them.

The SEC decision clears the way for the Commodity Futures Trading Commission to continue regulating bitcoin as a commodity and for institutional investors to buy, sell and hold the cryptocurrency with fewer compliance costs.

But What About Ethereum…

Ethereum did have an ICO, so in Clayton’s mind, it fits the definition of a security. In fact, as far as Clayton is concerned, any company or organization that went the ICO route is trading as a security. But the SEC chief did leave the door open a crack. He suggested he might be open to truly decentralized coins being “grandfathered” out. But those decisions would be made on a case-by-case basis.

This is actually better news for Ethereum than it sounds. Clayton had two missions during this interview. The first was to ensure that the crypto community understood he would enforce securities law. Message received.

The second was to demonstrate he understood cryptocurrencies were a new technology that needed be nurtured and allowed to innovate. Clayton could have declared Ethereum a security. He knew the questions were coming. He chose not to. And that’s a positive sign…

The SEC has been busy shooting down bitcoin ETF proposals. But a new ETP offering (Bloomberg) from Van Eck Associates and SolidX Partners shows interest is still high and companies are responding to the concerns of regulators.

Most ETFs target individual investors. But the offering from Van Eck and SolidX, priced at $188,000 per share, targets institutional investors.

“Based on various comments, it seems that regulators are concerned right now about having an ETF that is available to retail investors,” SolidX CEO Daniel Gallancy said in an interview with Bloomberg. “We think that will change over time, but right now a good place to start is with a product geared purely toward institutional investors.”

You might not know about Susquehanna International Group. It largely stays out of the limelight. But it’s one of the most respected financial firms in the business. Its financial heft is significant. And it’s at the forefront of the institutional move into bitcoin (The New York Times).

Over the last two years, the privately owned company has also built up a trading desk of around a dozen people that buys and sells millions of dollars’ worth of bitcoin and other virtual or cryptocurrencies in private deals. Now the firm is opening trading to a small group of its 500 clients, with plans to expand.

So while everyone has been celebrating Goldman Sachs getting into the game, Susquehanna is way ahead of the curve…

If you think about it, cryptocurrencies are perfect for the world of art. You can use the blockchain to track a painting’s authenticity and provenance and use bitcoin to conduct the transactions. Later this month, that vision will become a reality when a smart contract on the Ethereum blockchain will be used to conduct an auction of Andy Warhol works (Forbes). Payment will be made in bitcoin.

If you’ve ever wondered how startups come up with the names of companies, here’s the story for you. Apparently, the current trend is to give companies human names (Bloomberg). Apparently, human names help companies make a connection with their customers without sounding “corporate and serious.”

The post News Fix: It Was Christmas in June for Bitcoin Investors This Week appeared first on Early Investing.