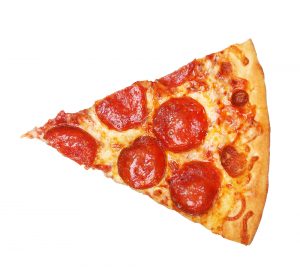 Last week, we started the News Fix with a dramatic and compelling story about the meltdown of the Venezuelan economy – and the first-person account of how a Venezuelan economist was using bitcoin to preserve his family’s purchasing power.

This week, we’re starting with something a little more lighthearted – the economic munchies.

University of Connecticut and Georgia State University researchers have found that snack food sales increased after states legalized the use of recreational marijuana (MarketWatch).

Specifically, chip sales increased 5.3%, while cookie sales climbed 4.1% and ice cream purchases increased 3.1% in the aftermath of legalization, professors from the University of Connecticut and Georgia State University determined using monthly retail scanner data from 2006 to 2016.

You would think that companies like pizza giant Domino’s would be interested in this data, which researchers call “statistically significant and economically significant.” But that just isn’t the case.

The major snack food companies declined to comment on the story. And Domino’s spokesman Tim McIntyre had this to say:

[We analyze sales] in myriad ways, but have yet to look at pizza sales in states with legalized marijuana versus states where it is still illegal.

We’re used to Domino’s disappointing us in countless ways. But this one really stings.

Even though marijuana is illegal at the federal level, the federal government can still influence state and local markets in dozens of ways that have nothing to do with legalization. That became painfully obvious this week when pot stock prices dropped after the head of the Food and Drug Administration (FDA) resigned (MarketWatch).

So why did prices drop? Cannabis-infused food is poised to be a major driver of growth in the marijuana industry. Edible sales are already up in Colorado (Early Investing).

But the real game changer is when restaurants, bars and grocery stores can start selling edibles. And that can’t happen until the FDA issues rules, regulations and guidelines.

Why the FDA? Because last year’s farm bill put it in charge of regulating the cannabidiols (CBDs) that people want to put into food and drinks. The FDA was expected to hold hearings in April on the topic. Now those hearings are in limbo.

In other cannabis news…

Remember when we reported in last week’s News Fix that Martha Stewart was entering the weed business? Well, it looks like Snoop Dogg helped her get into the industry (CNBC).

Bankers are looking to jump into Europe’s growing cannabis market (Bloomberg). A medical marijuana bill has passed in the Georgia House (The Atlanta Journal-Constitution). And Hawaii has decided not to legalize recreational marijuana (Voice of America).

The Fix has been keeping a close eye on Lyft’s upcoming IPO. It wasn’t exactly a surprise that Lyft posted a loss last year. The shocking news, though, was the loss of $911 million (TechSpot). That’s almost $1 billion!

Yes, there are caveats. Lyft generated $2.2 billion in revenue. It’s clearly focusing on growth, not profits. And as Amazon showed us, focusing on growth at the expense of profits can be a winning long-term strategy.

But still, $911 million is a big number. And it’s at least giving the Fix pause…

There’s some good news coming out of Texas. Two venture capital firms in Austin, ATX Seed Ventures and Quake Capital, are each raising for $100 million funds. That’s new cash for the Austin startup scene – and that’s a good thing (TechCrunch).

So the whole “paying for coffee using bitcoin” thing is back in the news again. Starbucks now has an equity stake in Bakkt, the crypto exchange being launched by the parent company of the New York Stock Exchange. And apparently, part of the deal is that Starbucks will eventually start accepting bitcoin as a payment for coffee (Smartereum).

One significant detail that needs to be ironed out (beyond the technology, volatility and who actually wants to use bitcoin to pay for coffee) is taxes. Every time bitcoin is turned into fiat, it triggers a taxable event (MarketWatch). How’s that for a headache?

And that’s your News Fix!

Bitcoin vs. Altcoins: A Lopsided Battle

The New Way to Generate Wealth

Bitcoin Price Analysis: Not As Bearish As You Think In the Daily: Bitcoin Begging, NEM Foundation Fights to Survive, Huobi Prim...
Scroll to top