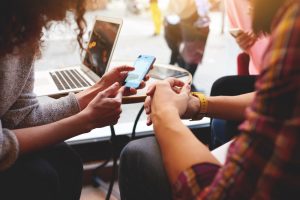 The Fix loves IPO day. It has everything. The pomp and circumstance behind startup founders and CEOs ringing the bell to open trading. Jim Cramer and his squeaky voice getting all excited. Early employees wondering if they’re about to become millionaires. Early investors wondering just how much money they made. The anticipation of that first trade hitting the market. Very few things are more exciting than IPO day.

The one thing that the Fix hates about IPO day is the overreaction to success or to failure. A great IPO doesn’t necessarily mean it’s a great IPO market. It means investors really liked the company making its debut.

Conversely, bad IPO performance doesn’t mean IPOs are dead. Or that there’s no appetite for IPOs. It simply means investors weren’t buying what that company had to sell.

It’s fair to say that was not a good IPO for Uber. But it’s unfair to say tech IPOs are dead. Or that investor appetite for tech IPOs is waning. Those are the sorts of inferences that get the breathless media – and investors – into trouble.

So investors have every right to be worried about Uber. Just like they had every right to like the fact that Zoom, another tech company that IPO’d this year, was profitable. Zoom priced at $36 per share. It’s currently trading at $83.28. That’s a successful IPO.

Investors liked Zoom’s profits and future. So its stock went up. Investors didn’t like Uber’s pathway to profitability. So its stock went down. Don’t believe any of the crazy stories in the media telling you tech IPOs are in trouble. That’s simply not the case.

If you really want to blame someone for Uber’s disappointing IPO, blame the investment bankers. When the Morgan Stanley underwriters realized they had priced Uber shares too high, they began shorting the stock (CNBC).

Now to the News Fix.

New Jersey voters will decide on weed: The New Jersey Legislature gave up on trying to legalize recreational marijuana this week. Even though Gov. Phil Murphy ran on legalizing marijuana and the leaders of the legislature are members of his own party (Democrats), the legislature was unable or unwilling (depending on your point of view) to pass legislation to legalize pot. Instead, the issue will be placed on the ballot next year for voters to decide (NJ.com).

Former NFL players becoming serious cannabis investors: Calvin Johnson, Rob Sims and Eugene Monroe are part of a growing cadre of former NFL players founding and investing in cannabis companies. Johnson, the former star wide receiver for the Detroit Lions, has a particularly unique story. He discovered the power of medical marijuana when he used a CBD topical to treat his swollen ankles when he competed on the TV show Dancing with the Stars. Johnson said the relief the CBD topical gave him turned him into a true believer (Detroit Free Press).

Cincinnati area getting its first medical marijuana dispensary: The dispensary will be located in Lebanon, Ohio, which is about 30 miles northeast of Cincinnati. It’s expected to open next week. The dispensary’s retail neighbors seem excited about the additional foot traffic for the strip mall. But it remains to be seen whether customers will be excited about the $480 per ounce price tag (WLWT).

New stock exchange gets regulatory approval: The tech industry, along with a lot of economic watchers, has been frustrated with the short-term focus of the stock markets. Many believe that stock markets force companies to be so focused on short-term results and performance that they neglect innovation and their long-term health.

That’s why legendary tech investor and venture capitalist Marc Andreessen has banded together with other tech investors to create the Long-Term Stock Exchange. The SEC recently approved the formation of the exchange. It could launch later this year. And one of the rules it’s considering is NOT listing companies that have tied CEO compensation to short-term financial performance (CNBC).

CrowdStrike gets ready to join the IPO party: CrowdStrike threw its hat into the IPO ring this week. The cybersecurity firm is currently valued at $3 billion. CrowdStrike was founded in 2011 and has raised $481 million to date (MarketWatch).

State gets money, but employees still have to wait: When a startup goes public, its employees usually have to wait six months before they can sell any of the stock they own. But they have to pay taxes on their windfall the day the company goes public. That means states like California have already received more cash from this year’s spate of tech IPOs than the workers who made the IPOs possible (San Francisco Chronicle). That just doesn’t seem fair.

More people are Googling bitcoin: One popular metric for measuring interest in a topic is search engine traffic. And with crypto prices rising again, more and more people are searching for bitcoin on Google and Baidu (China’s Google). Google searches for bitcoin are closing in on 2019 highs. And bitcoin was recently one of the top trending search items on Baidu (Invest In Blockchain).

Microsoft building a decentralized identification tool: Microsoft is building a way to pass login credentials through the bitcoin blockchain. Right now, when you use Facebook or Google to log on to another site, Facebook and Google own that login information. With Microsoft’s new tool, the user would own that information – and the data associated with it (CoinDesk).

Mobius changes his mind: Warren Buffett and Charlie Munger of Berkshire Hathaway fame haven’t changed their minds about crypto (they don’t like it). But legendary investor Mark Mobius has. Mobius, co-founder of Mobius Capital Partners, used to call bitcoin a “real fraud.” He now believes “bitcoin and other currencies of that type are going to be alive and well” in the future (Forbes).

Mobius says he isn’t ready to invest in bitcoin. But if prices keep going up, maybe he’ll change his mind. (He won’t. But it’s fun to think about.)

Getting in Before the IPO Party Starts

Are Stocks Divorced From Fundamentals?

Deal Quality in This Crisis Hasn’t Changed – Yet

Crypto Needs to Show, Not Tell

Doing the Math on Institutional Cash in Crypto