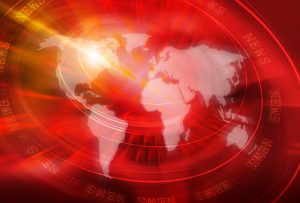 Note: While Senior Managing Editor Vin Narayanan is away for a business conference, Assistant Managing Editor Allison Brickell will be filling in for him on the News Fix. Enjoy!

Lyft launched its highly anticipated IPO on Friday. It priced its IPO at $72 a share, which values the company at around $24 billion. Trading on the Nasdaq under the ticker LYFT, the company’s shares opened Friday at $87.24, a 21% spike from the original IPO share price. As of this writing, it’s trading at $80.85.

The markets were in good spirits Friday morning as investors awaited the Lyft IPO. The Dow Jones jumped 0.4% while the S&P rose 0.5% and the Nasdaq spiked 0.6%. The day ended a strong first quarter for the S&P. It surged 13%, which puts the index on track for its strongest quarter since 2009.

Lyft co-founders Logan Green and John Zimmer kicked off their Wall Street debut from a warehouse in Los Angeles. The company pledged to invest $50 million or 1% of its profits, whichever is greater, every year to support transportation initiatives in the cities it operates in.

“Lyft has been successful against big odds because we have always prioritized the long-term sustainable growth of both our community and our company,” Zimmer said.

Lyft is part of a trend: overvalued startups that are bleeding cash. (In fact, Andy Gordon will cover more of this trend in tomorrow’s Mailbag.) In 2018, Lyft lost $911.3 million on revenue of $2.2 billion, the largest net loss of any pre-IPO business. Its rival Uber is aiming for a $120 billion IPO valuation. It lost $1.8 billion in 2018. WeWork, the shared workspaces startup, is reportedly losing money at a pace greater than 100% of its revenue.

These companies aren’t making a profit. So the question becomes… will investors welcome these IPOs with open arms and open wallets? Or will the lack of profits leave a bad taste in their mouths?

If you asked Early Investing, we’d tell you the best time to get in is always before the IPO, not after. And with companies waiting longer and longer to go public, the biggest growth often happens long before the IPO. So getting in early – really early – is essential. Even if a company drops dramatically in value after its IPO, pre-IPO investors can still net huge gains.

Now, that doesn’t mean these IPOs aren’t worth your attention. As Adam wrote yesterday, Lyft and Uber in particular may play important roles in making driverless taxis a reality. And driverless technology is a tectonic shift in the transportation space that we shouldn’t ignore.

But we’re not sure how much individual investors could make from these IPOs this late in the game. We’ll definitely be keeping an eye on them, though.

Now on to the News Fix…

New Jersey Gov. Phil Murphy has withdrawn an announcement to move forward with a huge expansion of the state’s medical marijuana program. He had planned to announce earlier this week that the state would seek applications for dozens of new growers, cultivators and retailers to expand the state’s medical program. Murphy said the expansion could boost enrollment from 42,000 patients to as many as 200,000 (NJ.com).

Murphy agreed to hold off on the expansion after New Jersey Senate and Assembly Democrats expressed concern that the medical marijuana expansion would take votes away from legalizing weed. The state leaders said there would be less incentive for lawmakers to support legal marijuana without a connection to medical marijuana.

If there’s still not enough support for legalization by the end of May, Murphy will consider expanding the program.

Marijuana investors need not worry. Senior Managing Editor Vin Narayanan, who covered Jersey politics in a previous lifetime, told me I can quote him on this: “This is normal for New Jersey. Things are scheduled for a vote, then all of a sudden they don’t have the votes they thought they had, then it gets pulled. But they’ll always go back to it. It’ll happen, just not on the timeline everyone was expecting.”

On Tuesday, the Iowa House voted overwhelmingly to pass legislation that would change how the state measures use of THC (tetrahydrocannabinol), the psychoactive ingredient in cannabis that produces the “high” feeling. The bill would replace an existing 3% cap on THC by allowing the dispensing of 25 grams (up from 20 grams) of the chemical to a patient or caregiver in a 90-day period (Des Moines Register).

The change is meant to allow manufacturers to better package products for patients. Rep. Wes Breckenridge (D-Newton) advanced an amendment to allow someone with a debilitating disease with less than a year to live to bypass even the new proposed cap.

“If somebody in their last year of life, if there’s a way we can bring comfort to them, I think that we need to do that,” he said.

Walgreens is jumping on the cannabidiol (CBD) train. The store will sell CBD creams, patches and sprays in nearly 1,500 stores in several states, including Oregon, New Mexico, Kentucky, Illinois and South Carolina (CNBC).

As consumers become more and more interested in CBD’s potential health benefits, it only makes sense that retailers are evaluating the market and trying to get in where they can.

Unfortunately, as we discussed in this week’s First Stage Investor Cannabis Report, the government is still struggling with regulatory uncertainty around the CBD market. So some retailers are sticking to CBD-infused beauty and skincare products as a less risky first step.

Uber is set to buy Careem, its largest rival in the Middle East, for $3.1 billion (The New York Times). The deal will give it access to countries where it doesn’t currently operate, including Iraq and Morocco.

Uber could cut down on some of its losses by taking over Careem. Who knows – maybe it could justify its expected $120 billion IPO valuation. Maybe.

And Alibaba has acquired Teambition, a Microsoft- and Tencent-backed platform for co-workers to plan and collaborate on, similar to Asana and Trello (TechCrunch).

The Mt. Gox saga never ends. Mark Karpeles, former Mt. Gox CEO, is appealing his conviction on data manipulation charges (AP News). Earlier this month, the Tokyo District Court cleared him of embezzlement and breach of trust charges and handed him a suspended sentence, so he didn’t have to serve jail time. But he was found guilty of data manipulation.

Karpeles’ lawyer, Nobuyasu Ogata, said his client was trying to reduce risks for Mt. Gox users. Not sure he succeeded there…

Whatever Facebook is working on, it sounds like it’s aiming big. We’ll keep an eye on it.

Have a good weekend,

Book Flights and Hotels With BCH and 6 Other Coins at Bitcoin.Travel From Bears to Bulls: Financial Advisors Change Opinions About Bitcoin After...
Scroll to top