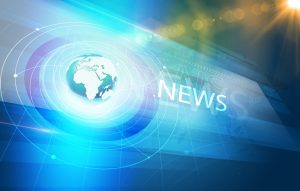 The most important story you should read this week isn’t about stock tips, the markets, startups, venture capitalists or any of the other things the News Fix loves to chatter about.

This story is much more important than any of that. It’s a story about survival. Just imagine having to spend all of your cash today because you didn’t know how much it would be worth tomorrow… having to buy cheese because the 20 stores you went to didn’t have milk and you had to spend your money on something – because the cash in your hand might buy even less the next day.

That’s the plight of citizens in Venezuela, where political and economic turmoil and an inflation rate of more than 1 million percent are destroying the lives of millions of people.

And in a compelling first-person story, Venezuelan economist Carlos Hernández explains how his family has turned to bitcoin to save their lives (The New York Times).

It’s not a long story. It will take you only a few minutes to finish it. But you should definitely read it. It just might change the way you look at or think about the world.

As far as the News Fix is concerned, there are three levels of mainstream acceptance:

Marijuana just hit level-one acceptance – Martha Stewart. Stewart has signed on with Canopy Growth Corp. to develop a line of CBD (cannabidiol) products for pets. A Stewart CBD line for humans is also in the works, but the pet line will come first (Business Insider).

There’s no word yet on what Stewart’s pet CBD line will consist of. But Stewart says it will offer “sensible products for people’s beloved pets.”

Stewart’s embrace of marijuana is a key cultural milestone. She is a nationally beloved cooking and lifestyle icon with a large and loyal following.

She’s not as big as Oprah. Nor does she move the needle quite as far. But she’s still a big deal. That’s why she’s just the first level in our mainstream acceptance meter.

When Oprah (eventually) gets into the CBD/marijuana business, pot will move to a new level of societal acceptance. Oprah’s endorsement would mean the country is ready for marijuana to be normal.

And when Disney starts selling marijuana at Magic Kingdom, it means pot has entered beer territory with an unquestioned right to exist – and major corporations will be looking to profit from it in every possible way.

Stewart’s entry into the marijuana business wasn’t the only sign this week that weed is going mainstream. On Wednesday, we found out that scientists have figured out a way to create CBD and THC using the same yeast that’s used to brew alcohol (Nature).

Scientists can’t create enough CBD and THC with this method to be commercially viable – yet. But the race is on to see whether there are more (profitable) ways to scale up production of these valuable compounds.

Excitement is starting to build around Uber and Lyft potentially going public this year. First came word that Lyft’s IPO filing might be imminent (Fox Business). Then news broke that Uber and Lyft are planning to give certain drivers either cash or stock (drivers get to choose) when the companies go public (CNBC).

But the SEC, in typical SEC fashion, might throw a wet blanket over all the excitement. It’s considering a rule that would allow startups going public to release select data to big banks and institutional investors while keeping the rest of the public in the dark (Motley Fool).

There’s absolutely no reason the public and retail investors shouldn’t have access to the same information as institutional investors. Access to data allows investors to make informed investment decisions. Restricting access rigs the game. And the government shouldn’t be rigging the game.

Payments company Square generated $166 million in revenue last year through bitcoin sales. That accounts for 5% of Square’s net revenue. The company’s net profit on bitcoin sales last year was $1.69 million (PYMNTS.com). The Fix is unsurprised by this. Square (and Twitter) co-founder and CEO Jack Dorsey is a bitcoin maximalist.

Ethereum’s hard fork (software upgrade) looks like it went off without a hitch (Chepicap).

Facebook’s crypto project is so super secret that its offices are off-limits to other employees (CNBC).

Why Crypto and Bitcoin Fundamentals Are Still Strong