Crypto Blog
You are here: Home / Crypto Blog / Bitcoin / News Fix: Market May Have Bottomed Out 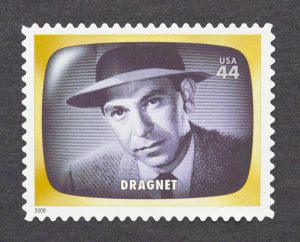 The signal-to-noise ratio is pretty low these days. There’s a lot of noise out there that’s pretty irrelevant. It’s drowning out the important news.

And if all that noise is bothering us, we can begin to imagine how much it’s bothering you, our readers. So this week, there will be no chatter about whales crashing the market, crypto cruises, a pirate making its crypto return, crazy bitcoin shorts or Elon Musk smoking weed (OK, that was last week and it has nothing to do with crypto, but you get my point).

Those are just distractions. And they’re not worth our energy. This week, it’s “just the facts, ma’am.”

Now on to the News Fix.

Novogratz Says Market Has Bottomed Out

Mike Novogratz, who left Fortress Investment to found crypto investment firm Galaxy Digital, says the crypto market has hit rock bottom. Novogratz, who is right about most things, made his prediction on Twitter (where else!) with a Bloomberg Galaxy Crypto Index chart to back up his thesis. “Markets like to retrace to the breakout… we retraced the whole of the bubble. #callingabottom,” Novogratz wrote (Twitter).

There’s a new stablecoin on the market. And this one has been approved by regulators in New York. Gemini, the New York-based crypto exchange run by the Winklevoss twins, has launched Gemini Dollar. The value of Gemini Dollar is pegged to the U.S. dollar. And for every Gemini Dollar (GD) in existence, there’s a matching U.S. dollar sitting in a bank account. The new GD was blessed by the New York Department of Financial Services (TechCrunch).

Mexico’s central bank, Banxico, is going to require crypto exchanges to get licenses in order to operate. And in order to get a license, exchanges must comply with Mexico’s know-your-customer (KYC) rules and anti-money-laundering (AML) regulations. Additionally, new account holders won’t be able to trade the same day they open an account (CCN).

While crypto exchanges can’t be thrilled about having to comply with yet another regulatory scheme, Mexico’s new requirements are not that big of a deal. Exchanges in the United States, Europe, Japan and South Korea all adhere to pretty strict KYC and AML standards. This is where the industry is going. Mexico is just the latest to join the party.

Investors and companies that lost bitcoin when the Mt. Gox crypto exchange declared bankruptcy after being hacked in 2014 are one step closer to getting some of their bitcoin back. In August, individuals were allowed to file claims (along with proof) for money lost. This week, companies were given the same opportunity. A Japanese court decision on who will and who won’t receive money isn’t expected until January (CoinDesk).

Nasdaq is considering adding crypto data to its market analytics tool (Cointelegraph). Bloomberg has had some crypto market data for a while, so this wouldn’t break new ground. But it would further mainstream crypto. And that’s a good thing.

The post News Fix: Market May Have Bottomed Out appeared first on Early Investing.