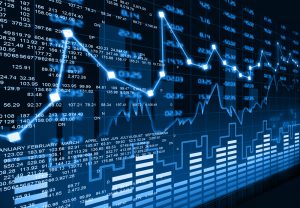 Winter is coming. That’s more than a statement about the calendar – or Game of Thrones. It’s a smart way to look at the current bull market.

The stock market right now is like one of those shiny German sports cars. It looks nice and runs fast. But if you poke around under the hood, there are some expensive problems on the verge of wrecking the car and costing you a lot of money.

Thursday’s big market sell-off illustrated some of the underlying weaknesses in the market. If you listen to the pundits, the market was spooked by the threat of higher interest rates. But as Adam Sharp reminded us yesterday, it’s important to be skeptical. So let’s look at this with a more skeptical eye.

On Wednesday, the Fed signaled it is planning more interest rate hikes this year. On Thursday, interest rates hit new multiyear highs. Given the warning signals, the strong jobs report and initial jobless claims number falling to one of its lowest points in 49 years, this was hardly a shock. Yet the Dow still dropped 201 points. The S&P 500 fell 0.8%. And the Nasdaq fell 1.8%.

So if it wasn’t just interest rates, what caused the slide? Let’s dig a little deeper.

More stocks have been declining rather than rising. There are more stocks at 52-year lows than 52-year highs. And small cap stocks are starting to drop (CNBC).

Combine this with the fact that tech stocks have been propping up the market and a different picture begins to emerge.

Second, if you remove the FAANG stocks – Facebook, Apple, Amazon, Netflix and Alphabet (Google) – and Microsoft from the equation, 38% of the S&P’s gains this year disappear (Bloomberg).

When the big tech stocks sneeze, the markets catch a cold.

More importantly, FAANG and Microsoft can’t keep the markets afloat by themselves. With the U.S. government drowning in debt, interest rates on the rise and predictions of a new financial crisis hitting in 2020 (Fortune), the longest bull market in U.S. history looks pretty fragile.

Winter is coming. And when it hits, you’re going to want to be on the lookout for attractive cryptos and pre-IPO startups. In addition to diversifying your portfolio, they’re two of the best ways to capitalize on a downturn, if you do it right.

From the “You’ve Got to Be Kidding Me” Department…

I used to be a member of the mainstream media. The key phrase is used to. When I worked in mainstream media, I took great pride in being truthful, factual and objective… and not insulting my audience’s intelligence. So did my colleagues.

But times have changed. The quest for clicks and eyeballs has lowered standards. And it’s affected the financial press.

Bloomberg’s big bitcoin headline on Friday – “Bitcoin Turns Boring as Speculative Frenzy Fades Into Apathy” – is a classic example of this trend. After years of complaining about how volatile bitcoin and cryptocurrencies are, Bloomberg is now complaining about stability. You just can’t win with some people.

Bloomberg did report some good crypto news on Friday…

Yale Has Entered the Crypto Market

OK. So the sourcing is anonymous. But still. Yale’s $30 billion endowment fund is the second-largest in higher education. And it looks like it’s investing in Paradigm – a crypto fund created “by Coinbase Inc. co-founder Fred Ehrsam, former Sequoia Capital partner Matt Huang and Charles Noyes, an ex-employee of crypto fund Pantera Capital (Bloomberg).”

The university is part of a larger group that raised $400 million for Paradigm.

Don’t underestimate how important this news is. Yale’s endowment fund is a highly regarded investment vehicle. It has averaged an 11.8% return over the last 20 years. And it’s known for playing the long game.

Crypto isn’t just a short-term play for Yale. The smart money is starting to move into the industry. And that is good news for crypto’s future.

The Gemini crypto exchange is now offering insurance for digital assets. The goal is to reassure customers that their assets are secure with Gemini. The insurance is provided by Aon (Bitcoinist).

This is the second big crypto move in the last month by the Winklevoss twins, who operate Gemini. A few weeks ago, they launched a stablecoin pegged to the U.S. dollar (Early Investing).

You can now invest in New York City real estate on the Ethereum blockchain. That’s right, a real estate developer decided to “tokenize” a luxury condominium project to finance construction and development (Forbes).

You’ve got to love blockchain tech.

News Fix: You Should Own Your Data

Mailbag: How Do 2018’s IPOs Affect My Startup Portfolio?