Crypto Blog
You are here: Home / Crypto Blog / Bitcoin / News Fix: The Fed – and the Feds – Are Confused 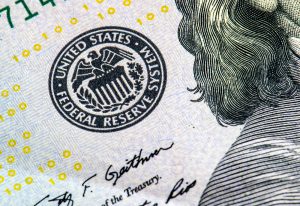 The big news this week is the Fed rolling over like a dog wanting its belly rubbed and signaling it wouldn’t raise interest rates this year.

News flash: The reason inflation hasn’t topped 3% in 25 years is because the Fed has been trying to tamp down on inflation for 25 years!

Meanwhile, we’re in a debt crisis of unparalleled proportions (the national debt is $22.1 trillion and climbing), and the Fed is signaling it doesn’t care (Early Investing).

Early Investing Co-Founder Adam Sharp isn’t buying the Fed’s interest rate explanation. He’ll address this issue in more depth in tomorrow’s Early Investing Mailbag. But suffice it to say, he thinks the Fed is being a bit disingenuous about inflation rates. And he’s not impressed that the Fed is propping up the debt bubble.

More and more travelers are turning to CBDs (cannabidiols) to deal with travel anxiety (Salon). It makes sense. Travel isn’t getting easier.

Between fighting traffic to get to the airport, long lines at security and a fight for overhead space that begins before you board the plane, high levels of stress are built into the trip. Travelers used to grab a drink at the airport or pop a Xanax to soothe their nerves.

And don’t expect the FDA to help out anytime soon. In theory, the FDA should be regulating CBDs in food and dietary supplements. But the FDA is saying it could take years for an official rule to be put in place – and it really doesn’t want to go through the approval process anyway. So if the public wants something sooner, Congress needs to act (Fox Business).

Meanwhile, companies are using hemp-derived CBDs, which are legal at the federal level (but still not allowed in food or dietary supplements), to build thriving e-commerce businesses. The problem is no one knows if they’re breaking any regulations or laws (Marijuana Business Daily).

This is starting to sound like John Oliver’s Last Week Tonight. Let’s move on…

Looks like Pinterest is speeding up its IPO. It now wants to list shares on the New York Stock Exchange in April (The Wall Street Journal).

Investors are excited about this year’s crop of startups! Levi Strauss shares jumped about 32% when it went public this week (CNBC).

Amazon has decided to get into the investor-startup matchmaking game. It’s going to connect startups using its Amazon Web Services with venture funds (CNBC).

Starbucks has decided to invest $100 million in food startups (Crunchbase).

And Quicken Loans is set to invest a total of $1.2 million in seven Detroit startups – or startups willing to move to Detroit (San Francisco Chronicle).

Right now, the Ethereum blockchain can process 15 transactions per second. Ethereum co-founder Vitalik Buterin says that number needs to be 100,000 before it can compete with Visa in a meaningful way. He also says the biggest things he’s worried about right now are scalability, usability and security, and that all of his work right now is focused on those three areas (The Daily Hodl).

The prices of altcoins like binance and litecoin have been doing well recently. But there’s another sign that the altcoin market is improving. Bitcoin’s total share of the crypto market is hovering around 51% these days. Bitcoin’s share of the market has dipped below 50% since August of last year (CoinDesk).

If you happen to live in Australia, you can buy bitcoin with cash (CoinDesk)! Here’s how it works:

Once users have carried out an account verification processes, they can place an order to buy bitcoin online, deposit cash at the nearest newsagent and receive crypto “within minutes,” according to the announcement.

This is actually a fairly common e-commerce payment method in Europe and other parts of the world. It’s nice to see crypto expanding its horizons.

The post News Fix: The Fed – and the Feds – Are Confused appeared first on Early Investing.

95% of Bitcoin Trading Volume is Fake: Mostly By Unregulated Exchanges Bitcoin and the Agora: Every Transaction Outside the Nexus of State Control...
Scroll to top