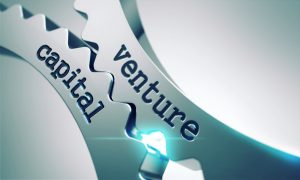 These are interesting economic times that we live in. The U.S. economy just added 213,000 jobs (USA Today). And people are quitting their jobs to find news ones at a rate the country hasn’t seen since 2001 (MarketWatch).

But the unemployment rate rose to 4% because the strong economy has prompted people who had dropped out of the labor pool to start looking for jobs again (New York Times).

Despite the strong economy and tight labor market, wages continue to rise at a tepid 2.7%, which is the same rate as a year ago (USA Today). Wage gains have been completely wiped out by inflation, which is at a six-year high of 2.9%. And the head of the Federal Reserve isn’t sure why wages are not rising more quickly (Washington Post).

The International Monetary Fund (IMF) is advancing the theory that wages are not going up because of a slow growth rate in productivity (IMFBlog).

Meanwhile, the economy shows few signs of slowing down. One leading indicator, the Freight Transportation Services Index (TSI), is surging (Bureau of Transportation Statistics). The TSI measures the freight being carried by American transportation companies. And it’s at an all-time high.

When demand surges, manufacturers ship more. When demand weakens, they ship less. It makes sense that the TSI would reflect this fairly early on in the process.

“It’s one of my favorite leading indicators,” Andy told me. “Not that many people know about it. But I use it all the time.”

So how does this affect what’s going on in the Early Investing business environment? Let’s go to the News Fix!

Venture capital (VC) firms are raising and spending money at rates and levels we haven’t seen since the dot-com boom. VCs have already invested $57.5 billion in startups this year. That’s the strongest six-month opening since 2000. Also, 28 startups went public last quarter. That’s the most in three years (Bloomberg).

From The New York Times:

Early signs of a boom abound: Marijuana growers have plowed millions into investments that, without having recorded profits yet, have stock market values measured in billions. Down-on-their-luck towns like Chesterville, Ontario, hope that marijuana will reverse economic decline. Former politicians and law enforcement officials who once opposed legalizing recreational marijuana have now joined or formed companies to cash in on it.

Robinhood is an extremely popular trading app for young investors. You can trade stocks, ETFs, options and cryptocurrencies on its service. And this week, it announced litecoin and bitcoin cash would join bitcoin and ethereum on its platform (TechCrunch).

That means American investors (sorry Canada) in 17 states will be able to use fiat money (cash) to invest in crypto. And anytime there’s a new way to introduce fresh money into the system, that’s a good thing.

The linguistic war over crypto is (mostly) over. It’s official. Crypto belongs to the realm of cryptocurrencies – NOT cryptography. The official death knell for cryptography’s claim over the word came this week when cryptographer Matt Blaze sold the domain crypto.com to a Swiss crypto startup (TechCrunch).

Have a great weekend! And good investing.

Nassim Taleb: Today Is Riskier Than 2007