OneChain is building an all-in-one Dapp that features a super wallet, a decentralized chat service, a lightning fast cryptocurrency transfer feature, and a decentralized exchange.

The company’s main goal is to provide a gateway into the world of blockchain technology and cryptocurrencies. Their decentralized wallet, exchange, social networking, and cryptocurrency transfer services are all working products that have been tested by 530,000 users. The project already has user validation and offers a lot of benefits that are worth exploring. 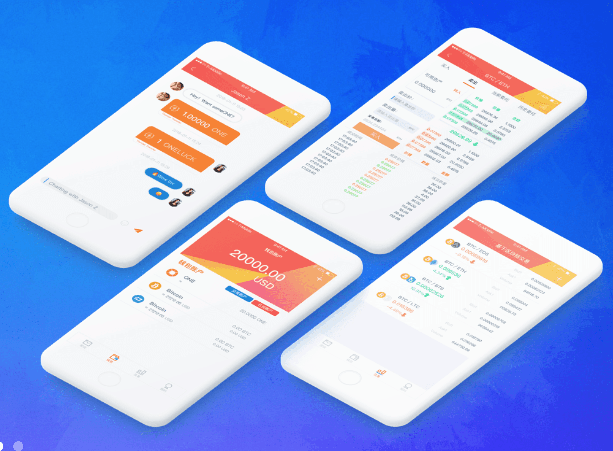 The ‘ONE’ token is an ERC20 compatible token used to gain access to all of OneChain’s services. Consumers pay transaction fees in ONE tokens when sending money from the Super Wallet, or on their decentralized exchange.

ONE tokens also pay for points on OneChain’s social networking platform.  Points are used to access the decentralized chat service as well as other upcoming social media and e-commerce features.

Blockchain developers who wish to link their Dapps to OneChain’s wallet also exchange ONE tokens.

Finally, under OneChain’s delegated proof of stake consensus protocol a handful of selected nodes ‘stake’ their ONE tokens as collateral in exchange for the ability to validate transactions in a new block of the One Chain blockchain.

Today the market offers thousands of wallets, which fall into the following categories:

Each category offers its advantages based on whether the user wants control, security, speed, convenience, or access to more tokens. However, at the same time, each wallet category comes with its own disadvantages: PC wallets require large amounts of blockchain data to be synchronized, web wallets often provide poor user experience on mobile, and hardware wallets are an inconvenience to carry around.

Graphene is an open source blockchain implementation that was originally developed as the foundation of Bit shares, a cryptocurrency exchange marketplace (OneChain’s team members were early participants in Bit shares).

Its main attributes are its 3,000 per second transaction speed, a 3 second block time, and delegated proof of stake consensus protocol.

OneChain seeks to develop an alternative to centralized messaging apps like Facebook messenger, WhatsApp or Skype. These apps are more vulnerable to hacks and have been known to compromise user data for financial gain. OneChain offers a chat service that is anonymous, secure, and anti-censorship.

The vast majority of cryptocurrency trading is still done on centralized exchanges. These exchanges are more vulnerable to hacks because they have a single point of failure. They are also more likely to be shut down by governments, or give up user identities if requested.

OneChain provides a decentralized exchange as a more optimal way to trade these digital assets, which are inherently built on decentralized technologies.  The exchange is capable of making 20,000 transactions per second, integrates with the Super Wallet, features low transaction fees, and supports stable coins like bitUSD.

OneChain currently supports the following trading pairs: EOS/ BTC, ETH /BTC, EOS/USDA, BTC/USDA and RHOC/USDA, and they plan to activate a USD trading pair exchange in the near future.

OneChain uses the delegated proof of stake (or DPoS) consensus protocol (similar to the EOS Blockchain).

These selected nodes ‘stake’ a certain amount of ONE as collateral in exchange for the ability to validate transactions in a new block of the OneChain blockchain.

Although this method is slightly more centralized, in testing it has been proven to provide Blockchains like EOS with 50,000 transactions per second.

Huang is an original architect of Huobi, a major cryptocurrency exchange based in

Sina Qiu  Sina has 3 years experience in PR and was previously was responsible for business development in DH Pictures. Sina is also an interpretation specialist and speaks three languages.

Sun Zhang  Sun is a community specialist in blockchain, and from 2010, was an early participant in Bitcoin. Sun is also a stock specialist and is now responsible for ONE community’s operations.

OneChain offers a very simple and unique value proposition; they are aiming to consolidate all the components that make the cryptocurrency and blockchain space valuable.

ONE tokens are an access pass that grants users the ability to store and trade hundreds of digital assets while communicating with people around the world on a decentralized and secure network.

With a strong technical team and an already proven product, the crypto community should keep a close watch on this project as it has the potential to achieve mass adoption.

Bitcoin Shorts Are Down Over 20% in 3 Days: Speculations Ahead of BitFinex Jan.7 Maintenance

Recent bullishness in Bitcoin and Altcoins: Is a new season coming up?

Bitcoin & Soccer: The Rise of Cryptocurrency Sponsorships and Partnerships