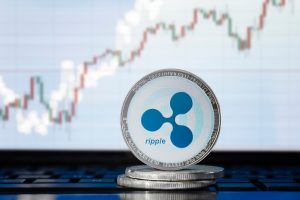 Editor’s Note: Welcome to the Early Investing Mailbag. Each week, we answer questions we think will help you learn about investing in pre-IPO startups and cryptocurrencies. If you have any questions for us, please email us at mailbag@earlyinvesting.com. Just remember, we can only answer your general questions for information and strategy. We can’t offer personal advice.

Q: How come you guys don’t bring up ripple (XRP)? Do you think there is something bad about it? It’s now overtaken ethereum… I wanted to know your thoughts. Thanks. – Peter

A: Ripple Labs is a pioneer in the world of cryptocurrency and money transfer, and I have a lot of respect for what it’s accomplished. However, there’s a lot of confusion about the difference between Ripple Labs the company, the Ripple Protocol and XRP the cryptocurrency.

Ripple Labs is a private company developing technology to facilitate interbank money transfers. The Ripple Protocol is a proprietary technology owned by Ripple Labs, which it sells as a service to banks. XRP is a cryptocurrency developed and issued by Ripple Labs.

Ripple Labs has had a lot of success getting banks to test its international money transfer technology. However, the solution Ripple is selling to banks does not necessarily involve using XRP for the transfers.

Ripple’s international transfer solutions are designed to be currency agnostic. Banks can use fiat money, XRP or even bitcoin. XRP bulls believe that XRP will be the primary unit used for these international transfers. But ripple has proven just as volatile as bitcoin. So we don’t know if banks will adopt the cryptocurrency itself, even if they adopt Ripple’s technology.

There’s also the question of whether or not XRP is a security as defined by the SEC. Because XRP is issued by a private company (Ripple Labs) to fund ongoing operations, many suspect that it is a security. Unlike bitcoin, which uses a far more decentralized mining process, the majority of XRP on the market is controlled by a single private company.

And when SEC Chairman Jay Clayton was recently asked about whether various cryptocurrencies are securities, he replied that ethereum and bitcoin are definitely NOT securities. When asked about ripple, his reply was “no comment.”

Now, ripple isn’t necessarily doomed if it is a security. But it does mean additional scrutiny from the SEC is likely. And there may be some negative effects if it is deemed a security that falls under the SEC’s purview.

Given these circumstances, I simply prefer the more decentralized cryptocurrencies like bitcoin.

Q: This Starwood/Marriott data breach is nuts! How could a company that big allow hackers access to the personal details of 500 million customers? To me, this screams for a blockchain solution. But I don’t hear anybody talking about that. What gives? – Rick P.

What’s stunning about the Starwood hack is that it began in 2014… and ended this past September. It took Starwood about four years to realize it was being robbed blind (shades of the LinkedIn hack, which transpired from 2012 to 2016). Marriott, which owns Starwood now, failed to detect the data breach during the acquisition process.

We’ve seen this horror movie before, and we’ll see it again… and again… until we do something about it.

Like putting records, accounts and personal data on the blockchain?

Like providing safe havens for data that are secure, private and immutable?

The good news is that a number of blockchain companies are working on this. Many solutions are undergoing field testing and aren’t that far away from being rolled out for wider use. But they’re not ready for prime time.

That is why I believe there’s no cry for a blockchain solution. Inside the blockchain community, the hack further validates the work that is being done to develop and commercialize blockchain technology. But it’s not an eye-opener. Big hacks have happened before.

And outside the blockchain community, this technology is making strides in the shadows. You don’t miss what you don’t have or know.

But blockchain solutions addressing hacks like the Starwood/Marriott one are on their way. They can’t come soon enough, as far as I’m concerned.

Why Seed-Stage Investing Is Better for You
Upcoming Webinar: Meet Republic’s CEO
The Trick to Evaluating Market Size
Bitcoin Emerges as a Store of Value
Financial Rebellions: Investors Are Pushing Back
3 Questions You Should Ask Before You Invest
Best of 2018: Cannabis
Uber and Lyft Are Bets on a Driverless Future