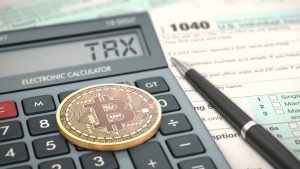 Q: What’s your view on the mega-funds making huge investments in startups? And how does it affect how you evaluate early-stage companies?

A: I won’t mince words. I’ve spoken out strongly against funds like SoftBank’s $100 billion Vision Fund, which invests hundreds of millions of dollars into pre-IPO companies. Having lots of cash to spend has a big downside. Companies invariably lose spending discipline. What’s more, companies that spend a lot can give the appearance of experiencing viral growth, but it’s really paid growth and many times more expensive growth. It’s not necessarily a sign that a company has found its sweet spot in the market.

I don’t think it’s a healthy trend. In theory, it could affect the outcome of some of our investments down the road. If a mega-fund invests in our company or a competitor, it’s going to have an impact. But that’s so far down the road that I don’t worry about it.

Q: I heard a rumor that the IRS is going to change the way it taxes bitcoin. Is there any truth to it? What changes are they going to make? Will I need to do my taxes differently?

A: First, let’s be clear. I’m not a tax guy. I’m a tax policy guy. So I can’t give you any tax advice. But I can tell you what tax policy should be. And right now, the IRS bitcoin tax policy is terrible. How terrible is it? It’s worse than Charles Barkley’s golf swing.

The IRS treats bitcoin as property. So each time you use bitcoin to purchase something – whether it’s goods and services or other cryptocurrency – it creates a potentially taxable event.

If the bitcoin you use for the purchase has risen in value since the time you acquired it, you will likely have to pay taxes on that increase. This creates all sorts of problems.

Why should the simple act of buying pizza with bitcoin create a tax headache? Same thing with buying crypto. It just doesn’t make sense. Bitcoin and cryptocurrencies like it are a new asset class. It makes sense to come up with new ways to treat them.

So that brings us back to your question. Is the IRS getting ready to change the rules taxing bitcoin? Probably not. But we know Congress wants the IRS to consider it.

In September, five House members from the House Committee on Ways and Means wrote the IRS a letter. The letter expressed frustration with the fact that the IRS has ramped up its enforcement without giving taxpayers clear rules and reasons for what taxes they need to pay and why. And these five members want the IRS to issue a new, more comprehensive guidance to taxpayers.

I’m guessing the IRS thinks it’s provided clear guidelines. Bitcoin is property, and you need to pay taxes on it as if it’s property. But to taxpayers – and Congress – those rules either are not clear enough or make little sense. Hence the letter.

So what happens next? Nothing soon, really. The House probably won’t revisit this issue during Congress’ lame duck session after the elections. It has bigger fish to fry. And absent Congressional pressure, the IRS won’t be in a hurry to revamp its digital currency tax regulations. People have been asking for this since 2016, and nothing substantive has happened. So we’re stuck in limbo. As usual, the government isn’t working for the people.

Congressional pressure is the best way to get the IRS to act, however. So if this issue is important to you, write to your congressman or congresswoman. Or write to your senators. Let them know that the current tax rules for bitcoin make no sense. And that you want new and sensible tax rules for cryptocurrency.

This is the only way meaningful change is going to happen.

The post Q&A: Understanding the Impact of Mega-Funds and Bitcoin Taxes appeared first on Early Investing.

SoftBank Is No Longer Getting a Pass

A Great Time for Startup Investing

Wild Bot Sends Bitcoin To $8000 and LTC Down To $1 On Bitstamp Total of 7 Crypto Exchanges and 158 Wallets Hacked in South Korea, Police F...
Scroll to top