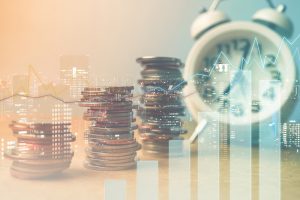 As I write, it’s a red day. The second one in a row, actually.

Obviously, the crypto world has been taking some hits recently.

Earlier this month, French Minister for the Economy Bruno Le Maire restated his intention to include bitcoin as a major topic of debate at the upcoming G20 Summit in March.

Theresa May, England’s ineffectual leader, says her government is considering imposing regulations on crypto, preferably in coordination with the U.S.

And to top things off, China and Korea also made noises about more restrictions.

It sure seems like the noose is tightening around crypto…

On the other hand, any serious investor who has thought about the risks that crypto brings to the table probably had the same reaction I had…

Nothing really surprising or new here.

If any of these developments shocked or scared you, you clearly haven’t focused on the risk of owning crypto.

That’s okay… because we have.

And we’re willing to share with you some of our thinking on this important topic.

Our first piece of advice?

Don’t listen to the financial press.

The mainstream press spends an inordinate amount of time reporting on government action (or inaction), hacks like the one that just happened with Japan’s Coincheck and price drops like the roughly 3% to 10% drops across the board we’ve seen yesterday and today.

Don’t get me wrong. It’s news. It should be covered. But the press offers little meaningful context or perspective.

Its reporting is shallow, misleading and often just plain wrong.

Let’s address the recent headlines one at a time…

Hacks. Yes, it’s lousy that it’s happening. And the pain is very real to those whose wallets were emptied. (By the way, Coincheck has pledged to pay back the losses to those affected.)

But it’s not a threat to the overall viability of the crypto space.

For one, unlike in the days of the Mt. Gox hack, there are a dozen major exchanges now. Though the amount stolen was more than what was purloined from Mt. Gox ($530 million versus $460 million), it was a much smaller amount when compared to the total value of crypto coins today.

The amount of NEM hacked? Less than one-tenth of one percent of crypto’s total market cap.

Let’s give the market some credit here. It reacted exactly as it should have. It’s not a big deal. The hack was reported on Friday. By Sunday, NEM was trading at a price exceeding the pre-hacked price.

There would have to be a series of large hacks squeezed into a short period of time to make a meaningful dent in the market.

That’s simply not in the cards.

Government actions and pronouncements. This has been a divisive issue from the get-go. Some crypto followers believe government regulation is sorely needed and would put crypto on firmer ground.

Others believe that governments will treat crypto as a major threat (which it is!) and overreact with excessively restrictive regulations that would suffocate this emerging and still somewhat fragile market.

First off all, governments – even one as powerful as the U.S. – cannot destroy crypto. It’s global and decentralized. It largely operates outside of U.S. approval and jurisdiction.

When China essentially did this, crypto investors simply moved their accounts to other countries.

But what if, say, the U.S., England, the EU and China acted in unison to ban crypto?

It could spell the end of crypto as we know it. At the very least, it would be a major setback.

But even then, it would be premature to write crypto’s obituary. Whether it reached the level of a catastrophic event would depend on what’s happening in a half-dozen hubs, including Korea, Japan and Switzerland, as well as up-and-coming crypto centers like India, Canada, Australia, Brazil, and South Africa.

I suspect crypto would survive and re-emerge down the road.

By the way, this is NOT a likely scenario, at least not in the short term.

The U.S. does not have good relations with many of these governments, and the Trump White House doesn’t mind forging its own solitary path on global issues of the day.

And after Trump? By then, crypto could be too ubiquitous to oppose.

A bearish market. Let me set the stage for this…

The crypto market went up more than 35X last year. Most of the reasons were legit, based on crypto’s massive and very real upside potential.

But the market was also fed by FOMO (fear of missing out) and unexciting returns in the more traditional asset classes. So crypto leaned a little too far ahead of its skis.

It was due for a breather. So what’s the risk involved?

How hard the fall is. And how long it lasts.

As for how hard, we’ve seen the drop already. It was a big one. Bitcoin’s price was halved.

The key is how long the drop will last.

Last year, drops lasted from a few days to a couple of weeks.

On the other hand, in previous years, when bitcoin peaked to less than just $1,000 in late 2013, it took three years for the coin to revisit and then exceed that price.

Could something like that happen again? And if so, what would cause it?

If draconian government measures or a spate of hacks fail to deflate the market, the one remaining X-factor would be a slower-than-expected evolution of blockchain technologies impacting the real world.

Sebastien Meunier calls this dynamic “market fatigue.” I call it the “instant gratification” trap – born of impatience sprinkled with overconfidence.

Disruptive technology of this scale and impact doesn’t happen simply overnight. (See my article here for more of my thoughts on this.)

The Curse Comes at Dawn

So, if these aren’t serious risks, what are?

It’s the curse of being at the dawn of a new technological age.

Everything is so new – the technology, protocols and products.

Think what it was like at the dawn of the consumer electronics age. Remember Sony’s Walkman?

The first mini-cassette Walkman hit the market in 1979. By the early 1980s, they had become wildly popular. But this was mobile music 1.0. Its days of domination began to wane with the introduction of Apple’s iPod in 2001. By 2006, 60 million iPods had been sold.

We’re in the cryptocurrency 1.0 era.

The technology is still largely unproven. Perhaps bitcoin’s established and growing brand will make it very hard or impossible to replace it with a better crypto.

Walkmans didn’t have the extra layer of protection provided by bitcoin’s “network effects.” Then again, bitcoin has a new cryptocoin rival coming out literally three times a week (or more), all of them claiming to do bitcoin’s job better… or cheaper or safer or faster.

I expect the blockchain technology to work and to scale, with cryptocurrencies part and parcel of the success story.

But it won’t necessarily be cryptocurrencies 1.0.

Let me repeat something I said last year: “We’re basically in the experimental, pre-commercial phase of blockchain technology… Mass consumption is still years away.”

Which is why Adam and I are covering our bases…

The Best of Each Generation

We can’t ignore bitcoin’s status as the gorilla of the crypto world.

Nor can we ignore the fact that many altcoins are developing intriguing technologies that could represent significant upgrades to what bitcoin and some of the older 1.0 cryptocurrencies do.

So, in addition to recommending bitcoin to our followers, we track and recommend the best altcoins we can find.

It’s a strategy that will give us a piece of the action in each generation from crypto 1.0 through succeeding generations.

As we move ahead, we’ll be keeping the best of the earlier generations as they prove their worth. And the ones that don’t? We’ll recommend our members sell them when it’s clear to us that they’ve been superceded by better blockchain technologies.

This is a long-term, multiyear crypto investing strategy – the opposite of a sexier but far riskier (and dangerous) instant gratification mode of investing.
Instead of impatience and overconfidence, our strategy is predicated on open-mindedness, humility, steadfastness and a long-term outlook.

We’re in it for the long haul. It’s not everyone’s cup of tea.

Five years from now, nobody will remember the dip crypto took in the last two days. And, with a portfolio hopefully sporting some big winners, nobody will care.

The post Revealed: The Only Crypto Investment Strategy That Makes Sense appeared first on Early Investing.

Uber’s Got Hypergrowth and Growing Pains

Why Big Budgets Can Lead to Low Returns