Crypto Blog
You are here: Home / Crypto Blog / Bitcoin / Rhode Island Fears Missing Out, Ethereum Classic Gets Some Money Back 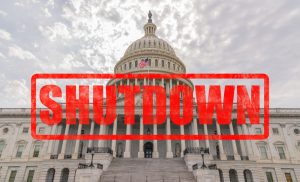 It’s been a rough week for government workers. The current government shutdown, now on day 29, is the longest in U.S. history.

The shutdown hasn’t been good for crypto, either. Both the Securities and Exchange Commission and the Commodity Futures Trading Commission are shut down, which means there are a number of delayed crypto projects still waiting for government approval.

Bakkt, the Intercontinental Exchange’s digital assets platform, has been unable to secure approval for the launch of its bitcoin futures market since the shutdown began in December. And even when the government reopens, Bakkt will need to go through a 30-day public comment period.

Luckily, Bakkt shows no signs of slowing down. In fact, it’s been acquiring parts of Rosenthal Collins Group to help it improve its risk management, Treasury operations and know-your-customer functions (CoinDesk).

The crypto space may be down, but it’s not out.

A recent New York Times piece describes how many founders are rejecting the traditional “growth at all costs” venture capital (VC) approach (The New York Times). The VC model isn’t for everyone. It’s ambitious and fast-paced, often pushing founders to edit and re-edit their original vision. Fortunately for startups, as Andy Gordon pointed out recently, there are alternatives to this model. One of our favorites? Crowdfunding.

Meanwhile, over in Africa, startups saw record investment levels in 2018. African startups raised $725.6 million across 458 deals (Quartz). Of those, 30 startups raised individual rounds of more than $5 million. Fintech deals accounted for 40% of total funding raised and five of the top 10 largest deals. (We like to keep an eye on fintech here.)

Rhode Island is experiencing FOMO (fear of missing out). Surrounded by states that have legalized marijuana, Rhode Island is now considering doing the same (Vox). State officials said they were worried about getting “left behind,” while Gov. Gina Raimondo said she was moving forward with some hesitation.

“I have resisted this for the four years I’ve been governor… Now, however, things have changed, mainly because all of our neighbors are moving forward [with marijuana legalization],” she said.

In neighboring Massachusetts, recreational marijuana has been legal since 2016. Last week, the rural Berkshires region got its first marijuana dispensary. Theory Wellness opened its doors to a long line of customers, despite harsh winter temperatures (iBerkshires.com). Theory Wellness CEO Brandon Pollock said the opening is “a huge responsibility.”

“We are part of history. We are part of the repeal of prohibition, and we are going to set the tone and example for others to come. We take that very seriously,” he said.

Utah may have a bit longer to go before it gets to that point. About 6% of adults in the state admit to using marijuana, according to a new report from the Utah Department of Health (KSTU-Fox 13). The reasons for use varied among the respondents – some used it for chronic pain, others for mental health.

Six percent seems like a small number… and it makes you wonder how many more just aren’t admitting it.

Crypto exchange Bittrex is launching an over-the-counter (OTC) trading desk (CoinDesk). The new service will support nearly 200 cryptocurrencies currently offered by the exchange. Bittrex is joining the ranks of Coinbase and Poloniex, both of which launched OTC services in the past few months. We’ll be keeping an eye on this development.

The attacker has reportedly returned $100,000 to Gate.io, one of the crypto exchanges that endured the loss (Cointelegraph). The exchange said it doesn’t know why the attacker returned the funds but speculated that the attacker might be a “white hat hacker” – a hacker who breaks into systems for good reasons (for example, to assess and test the security of a system) and not for personal gain.

Fifty-one percent attacks can leave cryptos shaken, but it’s important to keep in mind that crypto will continue to have its ups and downs as it grows. This is to be expected. By nature, decentralization risks these attacks. It’s something to pay attention to, but it’s not a reason to cut and run.

As litecoin creator Charlie Lee put it, “By definition, a decentralized cryptocurrency must be susceptible to 51% attacks… If a crypto can’t be 51% attacked, it is permissioned and centralized.”

The post Rhode Island Fears Missing Out, Ethereum Classic Gets Some Money Back appeared first on Early Investing.