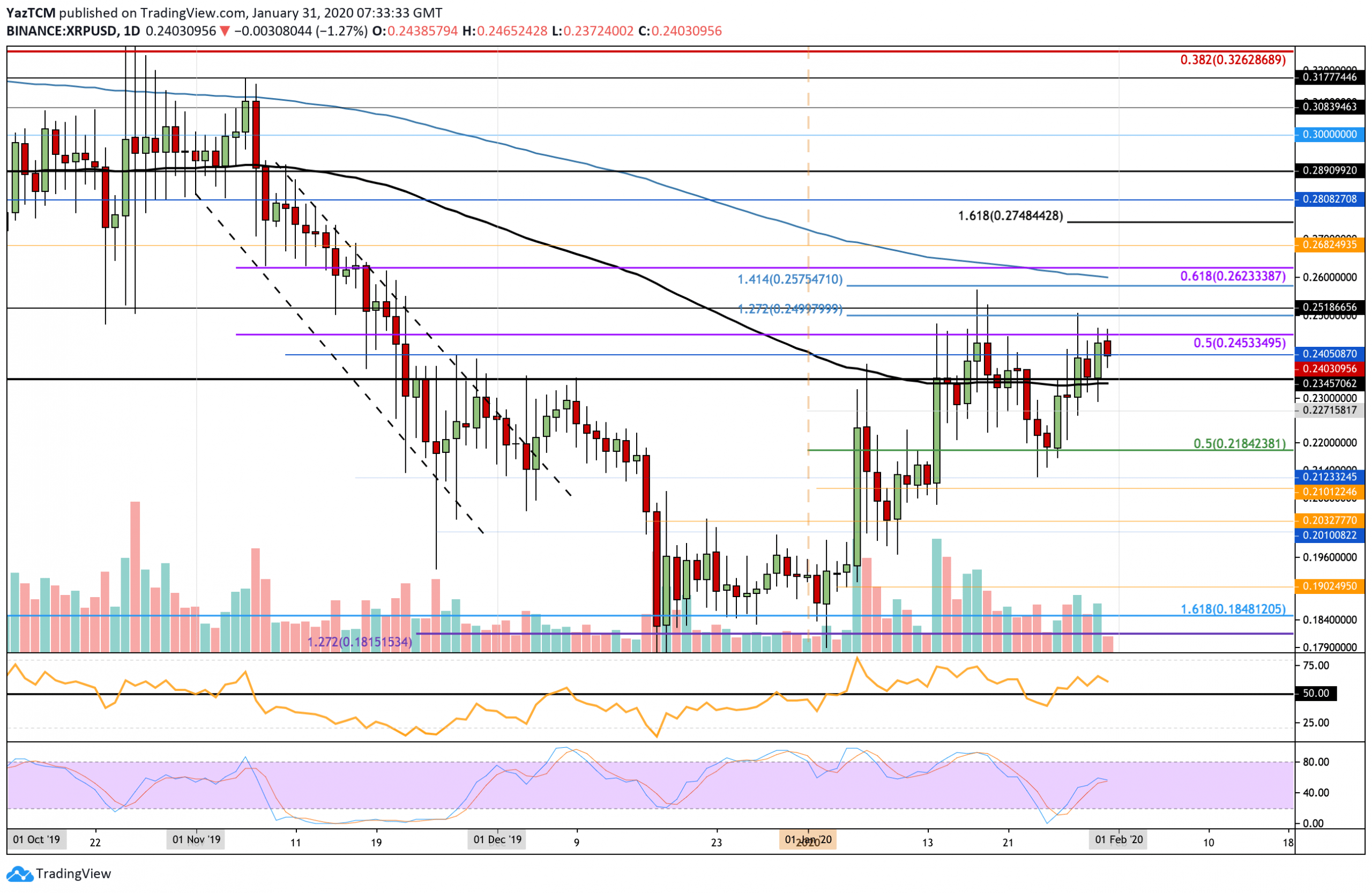 Since our last analysis, XRP continued to struggle to break above the critical resistance at $0.24. It did indeed spike higher but always closed the day beneath the resistance mentioned above.

The coin continued to remain supported at $0.234 this past week. After two weeks of attempts, XRP finally broke above this resistance as the cryptocurrency rose higher into the resistance at $0.245 provided by a bearish 0.5 Fibonacci Retracement.

XRP remains neutral at this moment in time and better close the weekly candle above $0.245 to stay bullish in the short term. A break above $0.26 would confirm a longer termed bullish trend. From the other side, if XRP were to drop beneath the support at $0.21, the market would be considered as bearish in the short term.

The RSI has now climbed back above the 50 levels to indicate the bulls are in control over the market momentum. If it can remain above 50, XRP will have the potential to maintain support at $0.234 and break above $0.245. 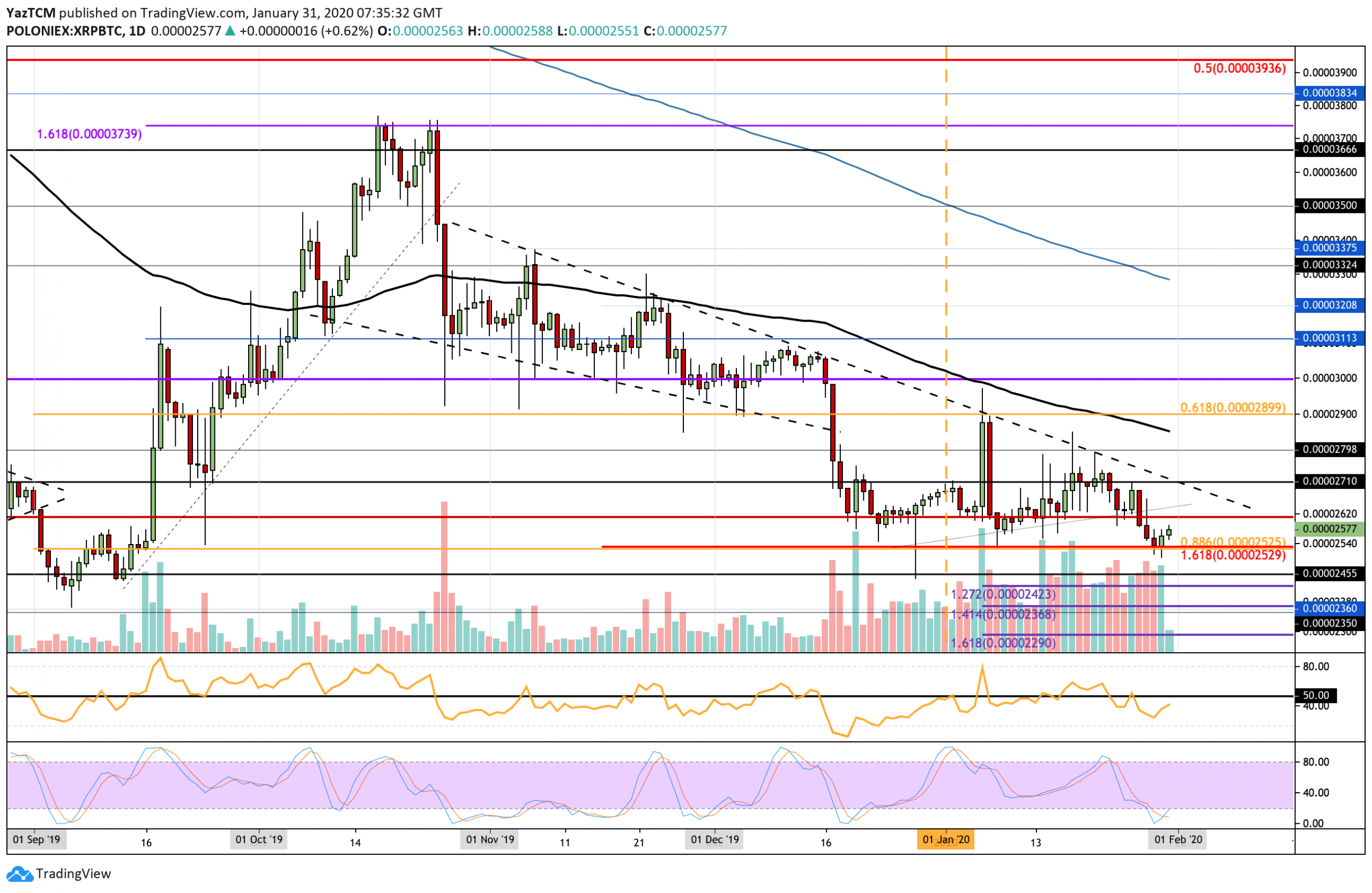 Against Bitcoin, XRP rebounded from the support at 2525 SAT, which is provided by the 0.886 Fibonacci Retracement level. It did declined to lower areas, forming a new January low at 2500 SAT; however, XRP managed to rebound and close above the support mentioned above.

The coin remains neutral following the rebound back above the 2525 SAT. If XRP were to close beneath this support, it’s likely to turn short-term bearish. To become bullish against BTC, XRP must form a higher high above 2900 SAT and break above the 100-days EMA.

The RSI is still beneath the 50 levels; however, it is slowly rising, which shows that the previous bearish pressure is showing signs of fading. Additionally, the Stochastic RSI has recently produced a bullish crossover signal, which is a secure bullish sign for XRP.