Having reached a high of 10500 Satoshi this week, Ripple-Bitcoin market has been choppy, and trading tightens between 9800 – 9500 Satoshi on the Medium-term outlook.

As against Dollar, Ripple’s price nears $0.38 as its market structure appears in a bearish formation since earlier this month and following market’s sentiment.

Looking at the 4 hours chart, XRP had a peak of $0.55 on November 6. The current price is currently swinging to $0.38 horizontal support level (1).

A retracement may trigger at a touch of the support above to re-test $0.5 resistance before a bounce back down. Or perhaps a trend reversal at the above support ($0.38) as it further drives up the resistance levels in an uptrend.

XRP/USD market, however, remains bearish, following the general environment around the Bitcoin during the past week. 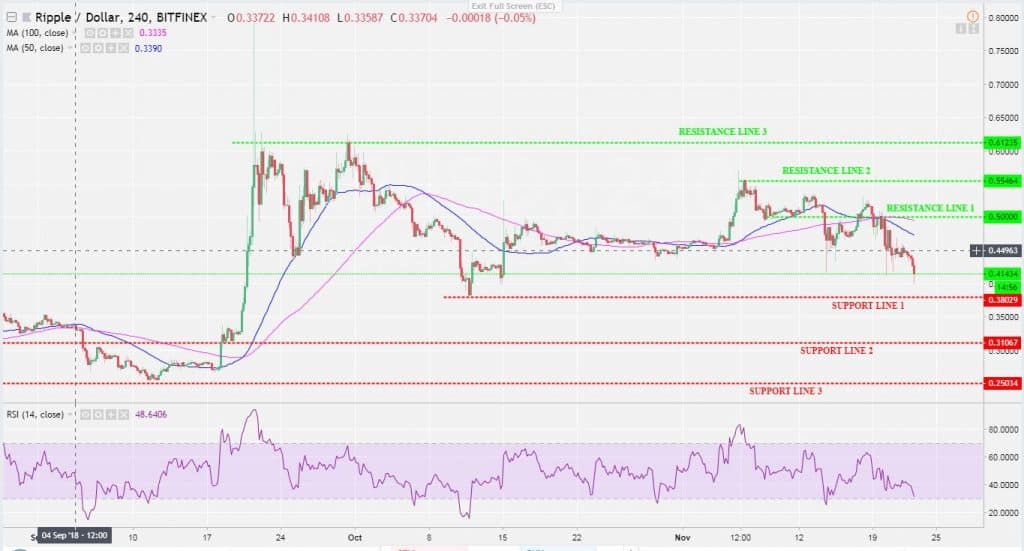 As mentioned before, Ripple has been doing a good job being a hedge to the declining Bitcoin.

Advancing in a higher lows pattern, to the peak of 10,500 three days ago. Right after, a bearish engulfing candle formed, resulting in consolidation and building a robust red candle might send Ripple to a bottom of 8500, 8000 and 7200 SAT support levels, in case of breaking the descending trend-line around these levels of 9500 Satoshi.

The 4 hours RSI lies below the overbought territory: might signal for a decline (a possible trend reversal). 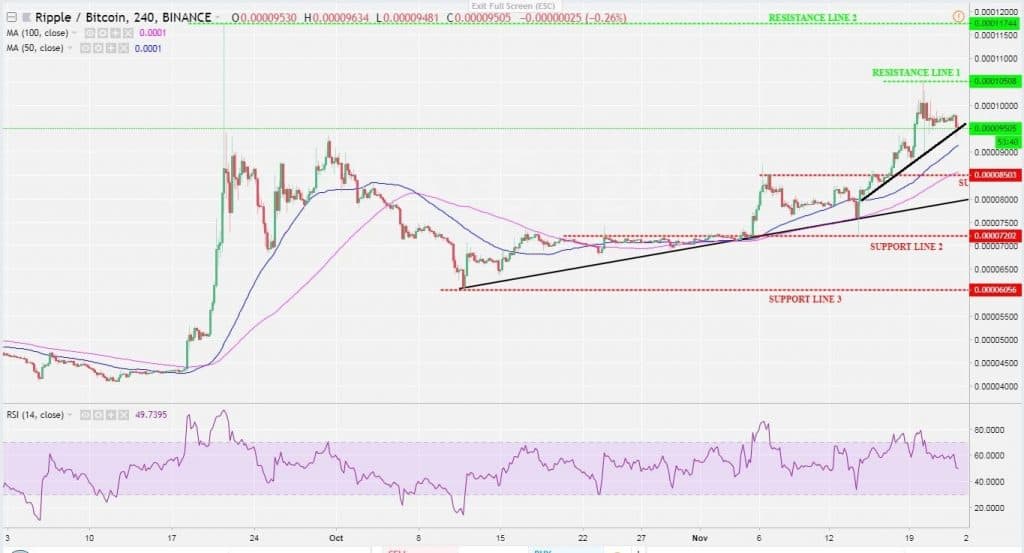 Arthur Hayes is Bullish on Ethereum, Calls Next Target

Bitcoin ‘On a One-way Street Going Down’ Says Futures Trader