In response to this, the Argentinian Peso dropped by almost 20% over the course of 2 days, further adding to a decline that now sees the currency at almost 50% of its value at the start of this year. 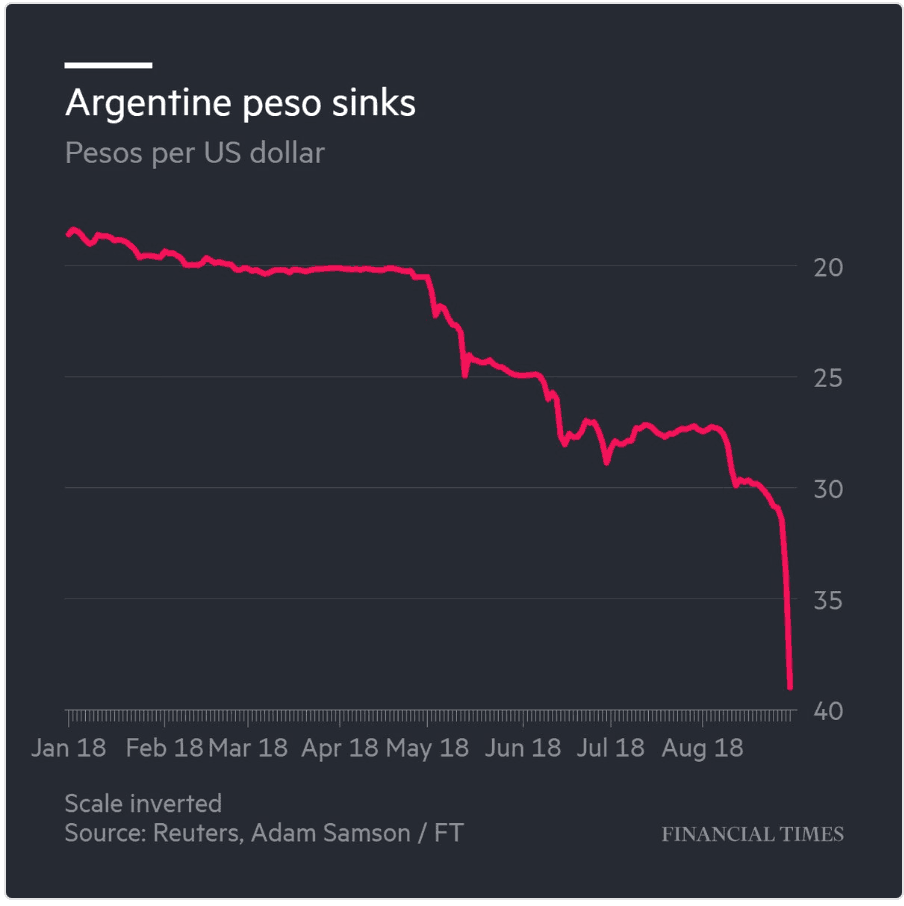 Argentina has been struggling through a financial crisis, which has led to the Government asking the IMF (International Monetary Fund) for the early release of a $50 billion loan. 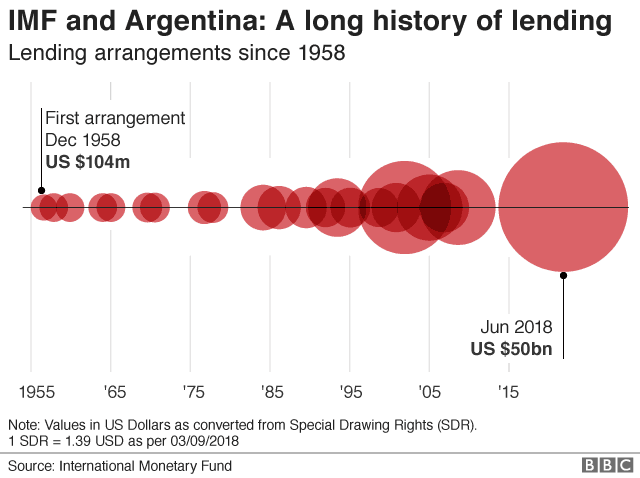 According to Nicolás Dujovne, Argentina’s economy minister, the interest rate hike was part of the Government’s plan to create a “ceiling” for this year’s budget deficit of 1.3 percent of economic output. He said the “only way” to return to normality is to keep reducing the deficit.

One of many strong cases for Bitcoin

The country has also struggled with high inflation and was recently victim to the worst drought in decades, which slashed the harvests of soybeans and corn, the backbone of Argentina’s economy. This incident adds to the ongoing trend of emerging economies that have struggled to maintain their centralized financial systems. From Turkey to Venezuela and now Argentina, each country has served as an unfortunate example of why Bitcoin and other cryptocurrencies must exist. For citizens of these countries, Coins like Dash and Bitcoin have served as a functional alternative to declining fiat money they hold.

One of the core reasons for the recent struggles of emerging markets has to do with inflow and outflow of capital. After the 2008 financial crisis, the U.S., Japan and Europe kept interest rates close to, or below, zero to help their stagnant economies recover. This made returns on stocks and bonds less attractive, driving investors to developing nations, where the risks were higher but so were the potential profits.

As a result of this, emerging markets enjoyed a rally in stocks, bonds and currencies. Now the reverse is happening as investors react faster to growth, rising interest rates and a stronger US dollar. Their money is leaving emerging markets and heading to the US, thus creating further turmoil for countries like Turkey, Venezuela and Argentina.

As Argentina’s government tries to dig its way out of the financial sinkhole they’ve found themselves in, citizens have already taken matters into their own hands by embracing cryptocurrencies. Currently more than 200,000 people use Bitcoin, and some Argentinian banks have already started using the currency for cross border payments.

The growing adoption of Bitcoin by struggling emerging markets represents a shift in people’s reliance on the government to offer financial stability. Although the current economic situation looks bleak, it is exactly in circumstances like these that alternative forms of money become most effective and Bitcoin gets to prove its value beyond being a speculative asset for investors in more stable economies to trade on.

We are witnessing yet another example of centralized economic systems of control breaking down due to an excess of dependency. Citizens depending on the government, the government depending on the IMF, and the IMF dictating fiscal policies with little regard or understanding of the implications to everyday citizens have lead to Argentina’s current situation. The countries current system lacks transparency, autonomy or proper accountability, which is why Bitcoin is filling a void that the Argentinian people desperately need to reverse the course of their economic woes.

Bitcoin Prices Bounce Back After Falling Below $30,000, Climbing 15%

Bitcoin Price Analysis: Is The Bullish Sentiment Over?