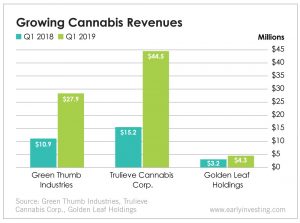 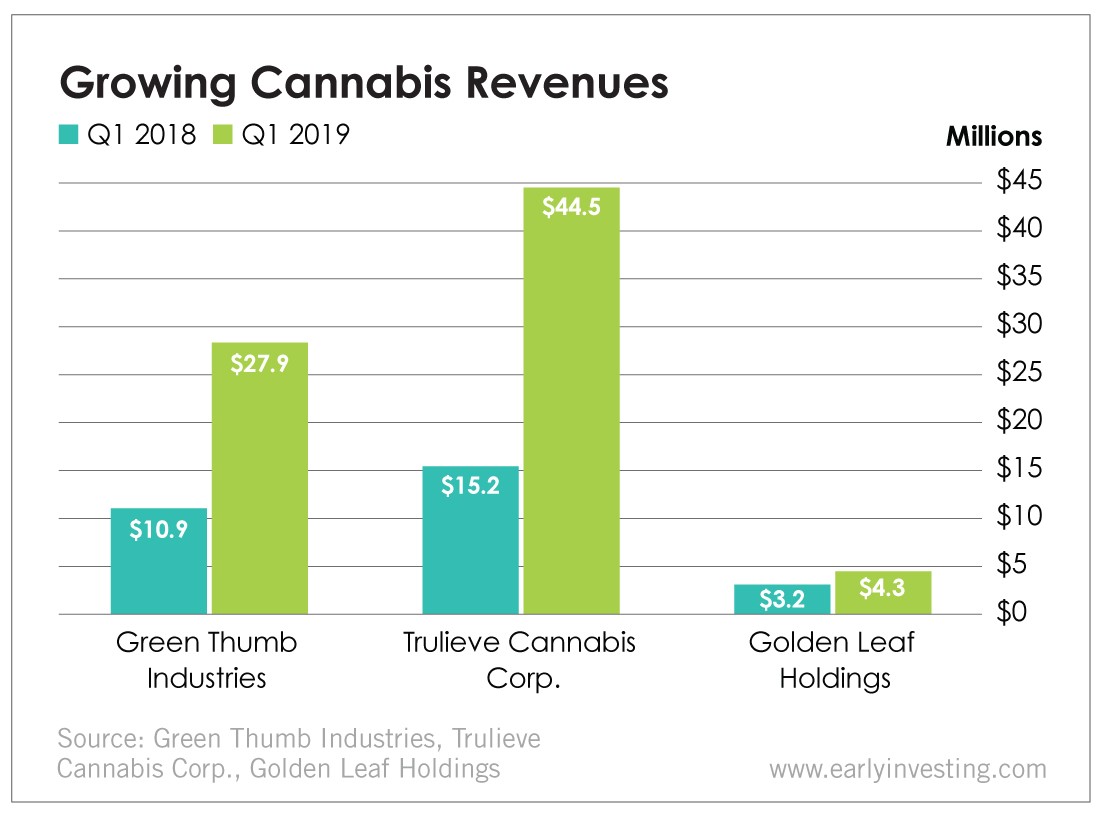 Most of the mainstream coverage of pot stocks focuses on Canopy Growth Corp., Aurora Cannabis, Tilray and a few other heavy hitters in the space.

All three companies are less well-known than Tilray, Aurora Cannabis and the other majors. They all currently trade for less than $13. And all three have seen a revenue increase from 2018 to 2019.

Trulieve, based in Florida, recently won a fight against the Sunshine State to open more medical marijuana dispensaries. And it just acquired 85 acres in Florida to build a 750,000-square-foot, state-of-the-art indoor growing facility.

Green Thumb just opened its third retail location in Florida (its 20th store nationwide). And Canada-based Golden Leaf is expanding its reach in the U.S. It recently announced it will begin selling its Jackpot premium distillate oil cartridge brand in Oregon. It was previously available for retail purchase only in Nevada.

Mailbag: How to Tell if Your Startup Is Flourishing

News Fix: Bitcoin Good Enough for Supremes, but Not Wakanda

Lessons Learned from More Than 100 Investments

PR: TRCE – Crypto Exchange Set To Launch In Q4 2019 Facebook Talks ‘GlobalCoin’ With CFTC (While Bitcoin Never Had To)
Scroll to top