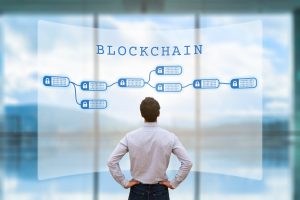 Some of my closest friends are crypto doubters.

The best opportunities are the least obvious. Plus, I don’t want all my friends to be avid crypto investors.

If everybody agreed on what a great opportunity something like bitcoin is, its price would go way up.

Then you wouldn’t be able to get in at an advantageous price. Your upside would be limited. And your great opportunity wouldn’t be so great.

Something else I’ve noticed about smart people?

They like to sound smart. Voicing skepticism and parsing prices can resemble intelligence.

But the best investors often are the most aggressive opportunists. They know when to cast aside their doubts and grab the prize… way before other people.

Okay, so how does all this relate to blockchain and crypto-related investing?

As an investor, though, I find it doesn’t bother me.

It can’t be used as money yet – too volatile.

It’s not an established store of value like gold is. For one thing, it lacks the multimillennial record that gold has. It’s just too early to know what the true value of bitcoin or other crypto coins is.

As for a new way to raise capital via ICOs? Without regulatory clarity, that user case is now in “wait and see” mode.

Besides that? Oh, it’s slow and can’t scale.

Quite the list, right? As I said, it doesn’t bother me. And it shouldn’t bother you.

A Snapshot in Time

Remember, it’s early! I’ve said this a million times. We’re talking about a snapshot – no more, no less.

You need to view crypto along a timeline of past, present and future.

The way I see it, tomorrow’s future will look very different from today’s present.

We’re approaching an inflection point… where technological advancement is expected to segue into rapid commercial adoption.

The evidence that a big turning point is right around the corner has been building for months.

Deloitte – an organization outside of and predating the crypto community – recently said, “The only real mistake we believe organizations can make regarding blockchain right now is to do nothing.”

Its survey results indicate that adoption is “getting closer to its breakout moment every day.”

The blockchain may not be ready for prime time at this precise moment, but its takeoff point isn’t far off.

Several more surveys back this up.

Over the next two years, more than 75% of fintech blockchain projects will go from proof of concept to live production, according to a survey by Greenwich Associates. And 14% of respondents said they already deploy blockchain.

Juniper Research’s recent “Blockchain Enterprise Survey” found that nearly a quarter of firms have already moved beyond blockchain proofs of concept onto trials and commercial rollouts.

And Deloitte’s survey said 34% of respondents are adopting some form of blockchain deployment.

About 41% said they expect their organizations to deploy a blockchain application within 12 months. Some 74% said their executive team believes there is a “compelling business case” for blockchain technology.

(I hate this hybrid category. There’s such a big difference between “considering” and “actively engaged.” The key point here is that this category, as flawed as it is, has trended higher over the past year.)

Most people focus on the buying and selling of cryptocurrencies and whether prices are trending up or down. Not me. I pay attention to where the real action is… in the tech trenches.

It’s where various versions of the blockchain are trying to make the critical jump from “works in theory” to “works in practice.”

Now more than ever, keeping tabs on what happens in the trenches will tell us which blockchains have a future… and just how big that future could be.

Why Is Buffett Lashing Out at Bitcoin?

Why Truly Groundbreaking Startups Are the Hardest to Invest In