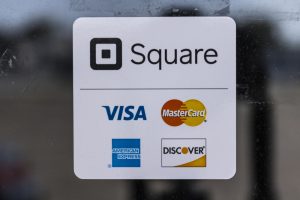 Today I’m going to cover what I consider to be the week’s top two crypto stories. Let’s get started.

Payment-processing giant Square was awarded a very interesting patent this week. In essence, the system described would allow Square to process multiple cryptocurrencies for merchants and automatically convert the funds into various local currencies.

Here’s an excerpt from the patent application:

Now… there are a lot of crypto patents filed every week. Why is this one so significant?

First, Square is a beast in the world of point-of-sale payments processing. The company processed an impressive $21 billion in transactions in the second quarter of this year.

Second, Square CEO Jack Dorsey is a huge bitcoin bull. And he believes bitcoin could become the native currency of the internet within a decade. There’s also the fact that earlier this year, Square added the ability to trade cryptocurrencies to its very popular Cash App, which competes directly with PayPal.

“Bitcoin, for us, is not stopping at buying and selling,” Dorsey said on an earnings call earlier this year. “We do believe that this is a transformational technology for our industry, and we want to learn as quickly as possible.”

If any company can bring about the mainstream use of crypto in payments, right now it appears to be Square.

Full disclosure: I am long Square. The stock has had a major run-up over the past year, and I don’t necessarily recommend getting in here.

Bitcoin Winning the War Against “Bcash”

Note: If you haven’t read my piece from last week, I recommend doing so before going further. It explains the backstory of why I believe bitcoin is winning the fight against bitcoin cash.

In my view, the battle is nearing its end. Bitcoin cash’s primary supporter, mining manufacturer Bitmain, is losing steam and gaining competition.

On top of this, miners appear to be flocking to the original bitcoin network.

What does this signal? Well, it tells me that crypto miners are lining up strongly behind bitcoin. And while the bitcoin cash network still has significant hash power, I suspect that is coming almost entirely from Bitmain-backed mining groups.

If Bitmain continues to experience troubles leading up to its IPO, the bitcoin cash network’s hash power could ultimately be at risk. And hash power is what secures the network and keeps transactions processing smoothly.

I strongly suspect that after the battle is finished, the original bitcoin will come out on top. I’ve seen nothing to suggest an upset by bitcoin cash is in the making. Quite the opposite, in fact.

That’s it for this week. Have a great holiday weekend, everyone!

A Great Time for Startup Investing

Everyone Is Googling CBD

A Complete A-Z of Stablecoins