Crypto Blog
You are here: Home / Crypto Blog / Bitcoin / Startups to the Rescue 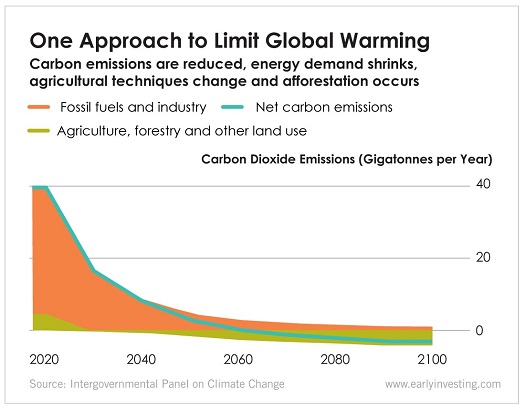 I can be pessimistic about our planet’s future.

I do my part to help the environment – recycle, consume less meat, walk to work, etc. I also believe wholeheartedly in the people who are working hard to restore and protect our planet’s natural resources. I want them to succeed.

But too often, it feels overwhelming. To think of all the factory farming, polluted ocean waters, landfills full of immortal plastic… and the companies that account for more than half of global emissions… it’s devastating. Humans have done so much damage to the planet, some of it irreversible. How can we make this right?

There are international efforts being made to address global warming. In 2015, 196 countries agreed to limit the increase in global temperature to less than 2 degrees Celsius (3.6 degrees Fahrenheit) relative to preindustrial times and, if possible, below 1.5 degrees Celsius. Earlier this month, the Intergovernmental Panel on Climate Change published a report on the impacts of global warming above 1.5 degrees Celsius, as well as several ways the temperature-limiting goal could be met.

As the chart above shows, one scenario would involve social, business and technology innovations, resulting in lower energy demand while living standards rise. A more efficient energy system would enable a rapid reduction of emissions of the energy supply, while afforestation – the establishment of a forest or group of trees in an area that previously had none – could also help bring the temperature down.

Though governments can move at a glacial pace (much like the Arctic ice caps that are currently melting), it’s an encouraging sign that they’re starting to tackle the problem.

But it’s startups – full of bright, passionate people hard at work finding new ways to solve problems – that give me the most hope.

Orbital Insight, a geospatial big data company, is working to address the deforestation part of the global warming problem. It wants to go beyond analyzing patterns of deforestation to predict them in time to help prevent them from happening. The company uses “deep learning” algorithms to detect patterns that may point to impending deforestation – like roads being built in previously undisturbed areas.

Orbital partners with the Global Forest Watch (GFW) initiative, which works to monitor forests in near-real time. Orbital shares the data with GFW with the aim of reducing response times and deploying resources to at-risk areas before deforestation happens. Last year, Orbital raised $50 million in a Series C round led by Sequoia Capital.

On the consumer side, there’s Guayakí. Guayakí produces yerba mate, a beverage brewed from the species of holly native to the Atlantic Forest in South America. Guayakí says the drink provides “the strength of coffee, the health benefits of tea and the euphoria of chocolate all in one beverage.”

Since the yerba mate plant flourishes in the shade, Guayakí partners with small farmers and indigenous communities in Argentina, Brazil and Paraguay to regenerate the rainforests and grow yerba mate under the rainforest canopy. Last year, Guayakí saw sales of its canned energy line exceed $31 million.

These aren’t official recommendations, of course. (I’ll leave those to Andy Gordon and Adam Sharp.) But in general, these are the kinds of startups investors can feel good about supporting. They’re addressing a need, innovating new ways to tackle problems and making the world a better place. They can also be agile in tackling their markets (and/or restoring natural resources).

And, of course, they can also bring in a lot of money. If you can throw a $100 investment into a startup like this, you’re risking very little money. But the potential upside – both for your wallet and the planet – can be life-changing.

When I think of all the environmental destruction occurring around the globe… I remember all the entrepreneurs who are working to build the world back up.

And I start to hope again.

The post Startups to the Rescue appeared first on Early Investing.

The Five Metrics Startup Investors Are Most Likely to Get Wrong