After some technical delays and what it describes as the normal challenges associated with starting a new project, Bengbu based mining company, TerraMiner has launched operations. The company, which made its initial payouts to investors at the end of 2017, returns an average income of 0.21 BTC daily. This income is shared between investors and the team, depending on their share of tokens.

After its Initial Coin Offering (ICO) in 2017, TerraMiner came under intense scrutiny, with a lot of critics predicting that the company would vanish with its investors’ funds. By launching its first mining farm, and delivering on the project, even beyond its promise, TerraMiner has regained the confidence of the public. This is evident in the response that the company has received so far in its newly launched crowdfunding campaign. This campaign has seen the company raise over $550,000 in less than three weeks.

According to Pavel Kuznetsov, CEO of TerraMiner, the delay experienced prior to going live was as a result of some of the usual, but not fully anticipated, bottlenecks that are involved in building a real world business project. Kuznetsov explained that in the process of development, the business encountered factors such as human error, team coordination, delays from equipment manufacturers and various contractors. He also noted that real projects require stable structures, unlike ponzi schemes because TerraMiner isn’t one.

Kuznetsov says: “I believe we have completed our task with less failures and delays than we could have. If someone expected immediate returns, well, that’s what Ponzi schemes are for, these don’t run into such problems because they don’t build, create, or establish anything of real world value. We’re a complete opposite, we are a real project.”

He also identified cultural issues as one of the factors that affected the company’s speed of installation and eventual production. He noted that the Chinese terrain was totally new to the team who had to adapt and settle in first. 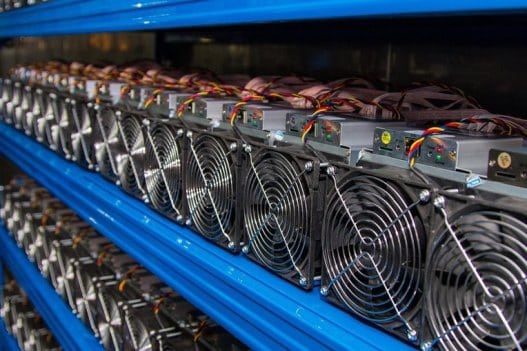 Farm is up and running

TerraMiner received its first supply of ASIC miners by Innosilicon before the New Year, and currently runs 103 miners using Nicehash. This enables the mining of the most profitable altcoins at any given time.

The 103 ASIC miners currently running in TerraMiner’s farm are part of the initial batch of miners that was delivered in December with more miners still expected to arrive. The delayed delivery of equipment is understandably due to the high demands and overbooked pending orders on the manufacturers, Innosilicon. However, another batch of 36 ASIC miners are expected to arrive any moment, at the time of writing.

There is still more to come

The farm is still in its beta mode of operation, allowing for proper installations and adequate tests of functionality to be carried out and proven. This is necessary due to the inherent complexities of building a mining farm. Plugins and cooling systems have to be appropriately setup and tested in order to achieve maximum output. When all the 144 miners are installed and overclocked, a baseline will be reached where one TRM token is equal to one megahash of the farm’s output, and investors will begin receiving their profits in full.

Kuznetsov noted that even prior to achieving the maximum output, investors have already multiplied their investments by 3 or 4 times, due to the growth of the TRM token. However, he noted that considering the potential of the project, it will be smarter to hold on to tokens for the long term.

“Soon the farm is going to reach its full capacity, and the token holders are going to see more profits and return on their investment, while keeping a lifetime contract for a share of our farm’s hashpower. Besides, after the farm’s overclock the company is going to begin buying back the tokens from the exchange, as promised”, he said. 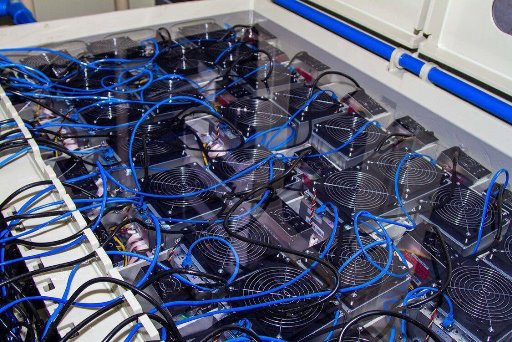 A plan for sustainability

In order to manage the ever-increasing mining difficulty, TerraMiner will reinvest 10% of the revenue (5% from the company and 5% from the investors) every three months to upgrade the farm. This will allow the company to compensate for, and even override, the increase in network difficulty.

Having succeeded in establishing its first farm, the company is embarking on a new ICO to enable an early booking for equipment. This equipment will be used to build the second farm which is expected to launch in April 2018. Coming off the experience of installing its initial farm successfully, further installations and launches are expected to be more fluid with less difficulty and delays.

Ethereum Price Analysis: ETH Slips Below $180 But Bulls May Be Plotting a Comeback
Huobi Moves Full Speed Into Turkey by Hosting the Eurasia Blockchain Summit
Bitcoin Goes Up – Altcoins Go Down; BTC Goes Down – Altcoins (Still) Go Down. Why?
CZ Recalling To Hold BNB: Will You Ever Imagine Amazon’s CEO Doing This?
Surpassing Bitcoin: $300 Million DOGE Positions Liquidated as Dogecoin Price Rallies 1000% in 24 Hours
The Crypto Investor Who Went from $185K to $0 in 3 Weeks: What Can Be Learned?
Binance Coin Price Analysis May 3: BNB Drops 7% Against BTC, Struggling To Stay Above 0.004
Crypto Price Analysis & Overview: Bitcoin, Ethereum, Ripple, BNB, Huobi Token