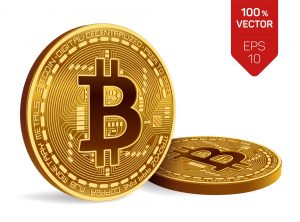 Securities and Exchange Commissioner Jay Clayton’s recent interview with CNBC was fascinating for a number of reasons.

In essence, he said that some cryptocurrencies are definitely securities.

It sparked a huge discussion about how cryptocurrencies will be treated by U.S. regulators. The market reacted as if this were a surprise. But it wasn’t. It was inevitable. It always has been. We knew exchanges were going to seek SEC licenses, as Coinbase is doing now.

But here’s my big takeaway. The SEC chief basically said bitcoin-style coins are NOT securities.

“Cryptocurrencies: These are replacements for sovereign currencies, replace the dollar, the euro, the yen with bitcoin,” Clayton said. “That type of currency is not a security.”

These bitcoin-like coins will likely be regulated by the Commodity Futures Trading Commission, which is far more of a “hands off” agency from what I’ve observed.

So what makes for a “bitcoin model” coin?

Here are the requirements as I see them:

Regulators generally have broad discretion when applying new rules, but I feel comfortable with this as a framework to think about coins.

There are surprisingly few true bitcoin-model coins, and most of them are older. Almost all of the recent coins had an ICO. And some of these new coins will likely face SEC regulations.

But nobody, including the SEC, wants to be seen as hampering financial innovation. So I suspect it’ll tread lightly. It doesn’t want to be seen as picking winners and losers either, so I’m hopeful it’ll act reasonably.

A prime example of this is the breaking news (literally, as I write this) that a top SEC official says Ethereum is not a security. The official is basing this decision on the decentralized nature of the project and is also apparently looking at the ownership structure and whether centralized parties are in control.

So some of these soon-to-be-regulated coins are in a pretty good defensive position, and they’re widely recognized as doing incredibly innovative things. Maybe some of these coins will be “grandfathered” out of regulation. But there’s no certainty that will happen.

That’s why bitcoin-model coins clearly have the advantage. They’ll always have an inherent edge, in my view. They’re easier and cheaper to trade. And I’m guessing they’ll be easier to package into a regulated financial product – like an ETF.

We don’t know exactly how it’ll play out. But I suspect regulators will be more reasonable than most are assuming.

Still, things are changing in crypto, and I suppose that scares people. The markets have been ugly lately.

It doesn’t faze me anymore. I’m in it for the long haul.

Cryptos have done this soar/crash/soar act many times before. With each cycle, the base of long-term holders grows. Awareness grows. The old saying about “shaking out the weak hands” is cliche, but it applies here. Most new investors have never experienced this type of volatility, but it’s the norm with crypto.

If you’re bullish long term, the only thing to do here is buy or hold. Trying to day trade this market is madness.

A lot of development is happening behind the scenes and across the financial/tech world. Both startups and corporate giants are working on infrastructure to support a new financial system.

I choose to watch these developments far more closely than the prices of cryptos. It’s the only way to get an informational advantage in this market.

I know there’s going to be wild volatility. It’s a given. So I don’t waste time obsessing about it. Instead, I watch what’s going on in the community. And I see a vibrant, thriving, innovative and well-funded ecosystem that can change the world.

That’s far more important than what’s going on with the short-term price.

P.S. I’m assuming that an “airdrop” of coins does not trigger SEC regulatory oversight. Bitcoin had a “faucet” back in the early days that gave away 50 bitcoins to anyone who signed up. So it followed a similar model.

When Is a High Valuation Worth It?

Cryptocurrency Games Have Invaded the Most Popular App Stores