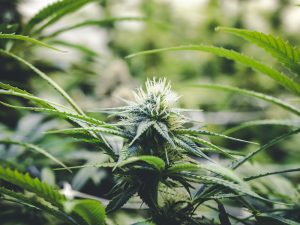 Just before Thanksgiving, Senior Managing Editor Vin Narayanan and I attended MJBizCon, the largest U.S. cannabis industry conference. There were more than 25,000 cannabis entrepreneurs and enthusiasts in Las Vegas for the show.

The conference sessions were informative, and I learned quite a lot. But the real value of attending came from networking with the industry insiders in the exhibition hall, which was packed with hundreds of companies from all corners of the industry: extraction, lighting tech, distribution, packaging, pest control, testing and more.

Most of the businesses I spoke with are growing quickly. This was to be expected, with more places legalizing cannabis on a near-monthly basis.

But what really struck me was the passion everyone displayed for this industry. The only other place where I’ve seen anything like it is the crypto space.

One cannabis grower I talked with, Joe (not his real name), shared his amazing story with me. Some years ago, Joe broke his back in a biking accident. His injuries required surgery, and he ended up with titanium pins and rods supporting his spine. Thankfully he could walk, but chronic pain became a long-term problem.

Like many Americans in this situation, Joe was prescribed painkillers. And he became addicted to them. He struggled to stay employed, and his life was spiraling out of control.

A concerned family member suggested he try cannabis for pain relief. He was skeptical, but figured it was worth a shot. His home state had recently legalized medical marijuana, so he started educating himself on THC and CBD, the two compounds in cannabis that are believed to provide the bulk of pain relief.

Eventually Joe found cannabis products that relieved his pain. And because of this, he was able to kick the painkillers for good. Cannabis transformed his life.

Today Joe runs an impressive (and fully legal) cannabis operation. He has a few thousand square feet of grow space, is doing his own extraction and has a growing line of products.

Interestingly, his business partner is a pain management doctor who grew sick and tired of prescribing painkillers to his patients and watching many of them become addicts like Joe did.

Joe’s not alone. I heard variations of this story throughout our time at the conference. Almost everyone I talked with had a similar personal story that had affected them or someone close to them.

I spoke with a few entrepreneurs who had used cannabis during bouts with cancer. They swear by its ability to relieve nausea and anxiety and stimulate appetite.

A study released last year even showed that cannabis can increase survival rates in patients with the worst type of brain cancer, glioblastoma multiforme. Here’s an excerpt from Fortune:

Results so far show that the drug [THC and CBD] boosted brain cancer patients’ median survival rates by about six months compared to a placebo. Typically, this type of cancer ravages the brain and (on average) leaves 70% of patients dead within two years of being diagnosed.

We’re just beginning to explore the medical applications of cannabis, but I believe they will prove to be nothing short of revolutionary.

Speaking with all these entrepreneurs reinforced my belief that cannabis could be the most transformative industry of this century.

This is an industry full of serious entrepreneurs on a mission. They’re united in the fight against cannabis prohibition. And they have good reason to be. It’s an outrage that cannabis research has been stifled for so long. But things are finally trending in the right direction.

From an investment perspective, you couldn’t ask for a better setup. When people are driven by passion, it shows up in the bottom line. Passionate entrepreneurs work harder and smarter.

As I’ve mentioned before, my belief is that many of the best investment opportunities will be at a local level. Any product containing THC (the psychoactive compound in cannabis) cannot cross state lines, which makes for an interesting investment environment.

Thousands of small cannabis operations are sprouting up around the country, and the vast majority will never be publicly traded.

Those who want to get involved in the U.S. industry have two choices. You can become a cannabis angel investor if you have the capital and drive to make it happen. Alternatively, you can join the industry as an employee or entrepreneur.

The angel investing route is particularly interesting today. As an individual, anyone can invest in (legal) cannabis companies today. But guess what? None of the big venture capital and private equity firms can. Their investment charters don’t allow them to invest in businesses that are illegal at the federal level.

So until Congress finally gives in and legalizes marijuana once and for all, there’s an incredible opportunity for smaller investors to get in the game.

Note: There are a few U.S. cannabis companies that are publicly traded on over-the-counter (OTC) markets. But for now, it’s just a handful. However, I did speak with a few companies at the conference that are preparing to go public via OTC markets (including one set to debut with a $2 billion market cap!), and many more are surely in the pipeline. We’ll be keeping an eye on all the investment angles in this young market, and we’ll let you know when we find anything of interest.

What Investors Can Learn From Meb Faber

This Week in Cryptocurrency: November 30, 2018 How Infrastructure as a Service (IaaS) Meets Blockchain
Scroll to top