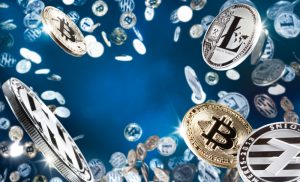 In the early days of the internet, opinions varied on how popular the new technology would be with the public.

Nobel-Prize-winning economist Paul Krugman infamously doubted the web’s potential, saying, “By 2005 or so, it will become clear that the internet’s impact on the economy has been no greater than the fax machine’s.”

Despite the naysayers, web pioneers pushed forward and built the necessary infrastructure. They knew that a worldwide network of computers would bring incredible benefits.

The doubters were proved wrong when email caught on as the internet’s first “killer application.” E-commerce followed shortly after, and the rest is history.

Cryptocurrency is in roughly the same place today that the internet was in the mid-1990s. Early adopters clearly see the potential, but many skeptics still aren’t sold.

Thriving Off of Fiat Money’s Downfall

I believe the first killer app for crypto is plain to see.

Bitcoin is digital gold in a time when the traditional financial system is in trouble.

World debt is growing at an unsustainable pace on country, state, local and individual levels.

The U.S. borrowed a trillion dollars in roughly the last six months. That brings the total federal debt to $21 trillion.

It’s the same story across much of the globe. Almost everybody’s racking up debt at unprecedented rates. It’s been going on for four decades or so now.

The fiat money system is already breaking down in places like Venezuela, Argentina and Zimbabwe. All these places have both very high inflation and huge bitcoin/crypto communities. That’s no coincidence.

There’s also the fact that few of the long-term problems were fixed after the last crisis because the market wasn’t allowed to do its job and let banks go bust.

Instead, we got bailouts, huge rounds of quantitative easing by central banks, artificially low interest rates, and even bigger and more powerful banks.

All of this is why crypto exists. Satoshi Nakamoto created bitcoin because he was angry about the bank meltdowns, bailouts and the financial system in general. He created an alternative, and it happened to catch on.

So it’s natural that crypto would thrive off monetary and financial crisis in the old system. When people don’t trust banks, they buy crypto.

Crypto’s killer application is already happening, as it allows people in places like Venezuela to survive, preserve their wealth and conduct business. Meanwhile, the value of the traditional bolivar is disappearing.

Now, to be clear, I’m not saying the U.S. and other countries are going to be in a situation as dire as Venezuela’s. But the next 20 years are going to be rough in many developed nations. National debt crises do tend to end with a sharp devaluation of the nation’s currency. Very rarely does the country pay off the debt with non-devalued money.

Anyway, I think it’s safe to say that there will be no shortage of monetary chaos over the coming decades. And my bet is that crypto will be there to take over as the old, debt-laden system crumbles. The infrastructure is being built out now, and early adopters are already eagerly exiting the traditional financial system.

Crypto’s success isn’t assured by any means. But I’d say it’s the best bet on monetary chaos that you’ll find.

The post The Real “Killer Application” for Crypto appeared first on Early Investing.

Veterans Are Ready for Medical Marijuana

The Bullish Case for Gold