The year is 2020, and the world’s leading cryptocurrency, Bitcoin, is trading at above $19,000 – an unimaginable increase in its dollar-value since its inception.

BTC has been deemed the best performing asset of the decade, and it shows no signs of slowing down, especially in the current environment of a global pandemic and the potential of a serious financial crisis.

Interestingly enough, exactly 10 years ago on this day, Satoshi Nakamoto, the person (or group of people) who started it all, dropped the last public message before disappearing, never to be seen again.

10 Years Ago Satoshi Made His Last Statement

Satoshi Nakamoto is the pseudonymous creator of Bitcoin’s network. Plenty of people would like to know who this person (or group of people) might be, but to this date, this remains largely unknown.

What we do know is that on this date, back in 2010, Satoshi was last seen active on the popular Bitcointalk forum in a discussion on the network’s resistance to DoS attacks.

In any case, ever since then, the mysterious creator of the most popular cryptocurrency was never to be seen. To this date, there’s no publicly available and verifiable information that conclusively establishes the identity of Satoshi Nakamoto.

Nevertheless, some have tried to convince the public that they, indeed, are responsible for Bitcoin’s creation. The most infamous case is that of Craig Wright. To this date, however, he has failed to produce legitimate evidence that confirms his claims. The entire community is in disbelief when it comes to his statements that he is Satoshi Nakamoto, and Wright has gone so far as to sue everyone who claims otherwise. So far, this hasn’t been going in his favor.

What do We Know About Satoshi?

There are some interesting facts that might not be so popular about Satoshi, though some of the most exciting things are largely public and available for anyone to research. 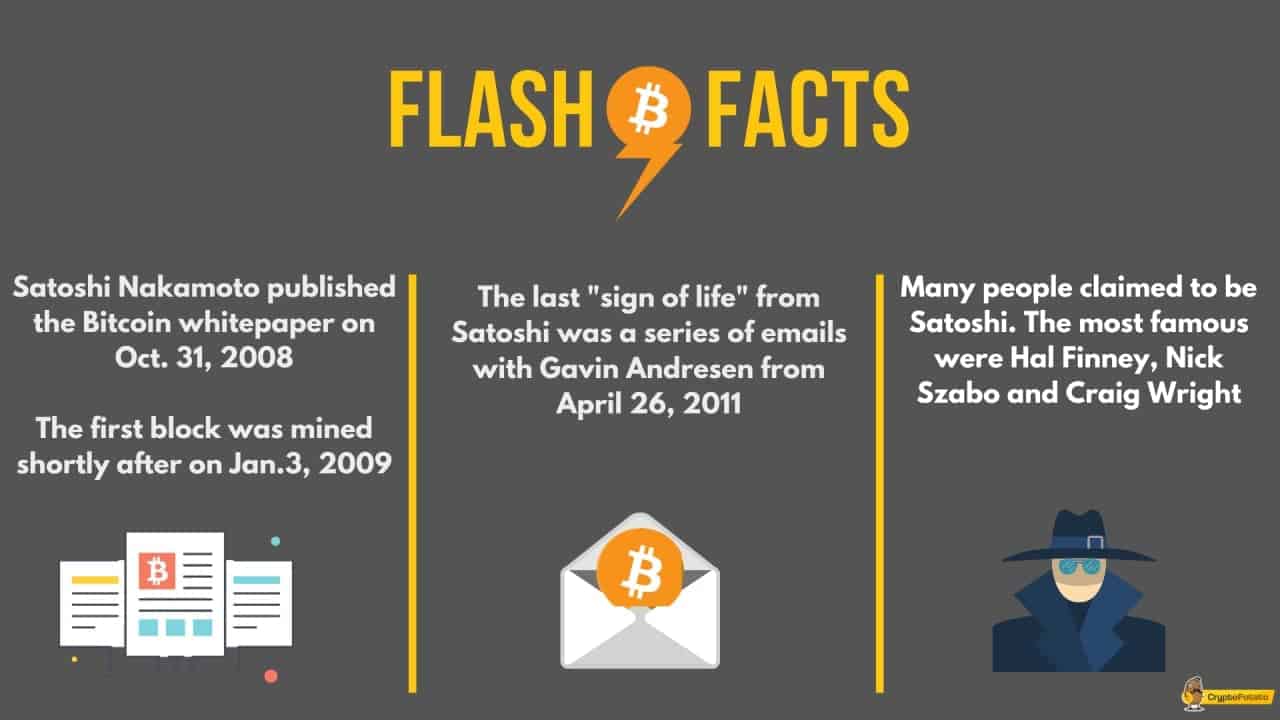 We know for sure that it was his pseudonym used as an author of Bitcoin’s whitepaper – a document paving the way for an immutable, censorship-resistant network that would later become a multi-billion dollar asset that a lot of the most reputable investors in the world would call an alternative to gold.

However, apart from some of the technicals around Bitcoin and Satoshi’s involvement, there’s not much to go with. At least not until recently.

As CryptoPotato reported toward the end of November, research suggested that Satoshi Nakamoto’s activities carried out from 2008 to 2010 happened while he was in London at the time BTC went live. Despite the “reasonable confidence” that the report claims to have, there’s still not a clue about his actual identity.

In any case, what’s certain is that he left us with a protocol that has already left its mark in the world of fintech and has spearheaded an industry, currently populated by hundreds of thousands of specialists, working tirelessly to provide people with an alternative to centralized systems.

Centralized Exchanges Are Becoming The Worst Enemy Of Crypto

Room For Growth? Only 10% of UK Citizens Have Purchased Bitcoin Ten Years Ago Satoshi Nakamoto Logged Off – The Final Message from Bitcoin’s...
Scroll to top